Before I put this disaster away for another year, I thought I'd post some more pictures from the 1964 Southcentral Alaska earthquake. Many of these I don't recognize, but I'll label the ones I can. This is a shot of some of the stores on the main street of Anchorage that sank into a fault. 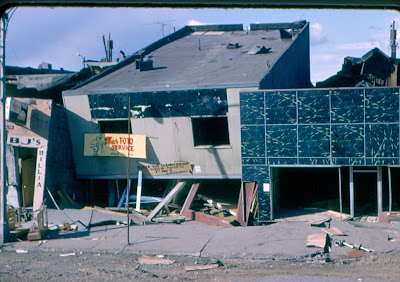 I think this photo might also be of the main street, Fourth Avenue. 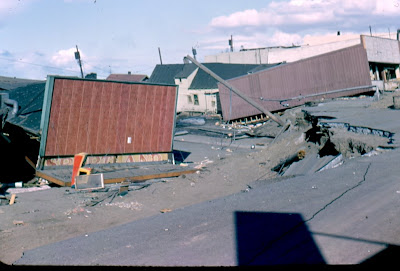 No idea on this one. 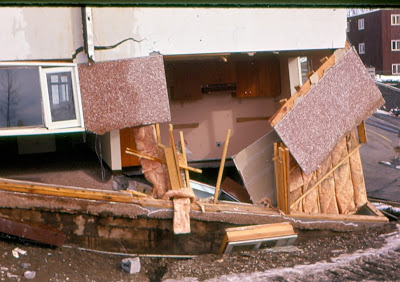 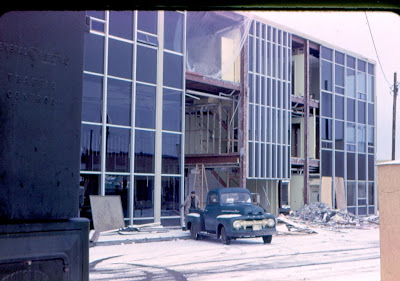 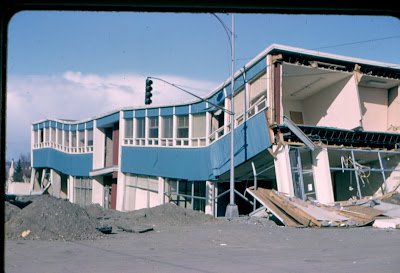 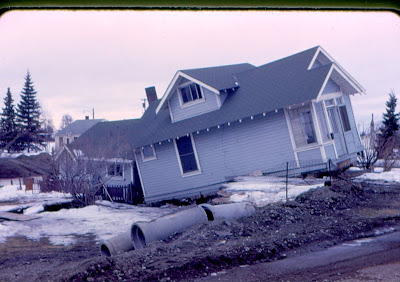 Another shot of Fourth Avenue, where two or three blocks of businesses on the bnorth side of the street sank when the land gave way. 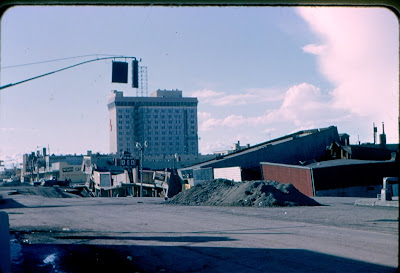 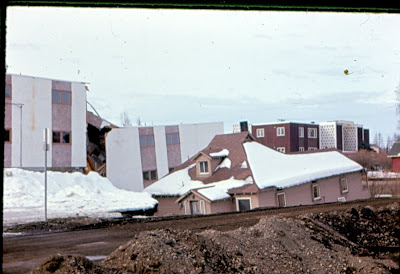 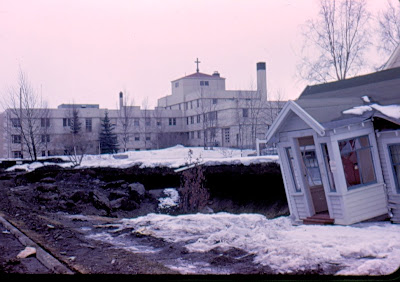 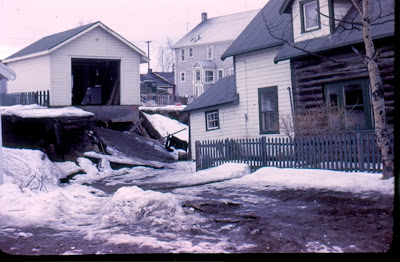 Same. That big sqaure thing is the toppled elevator shaft of the Four Seasons Apartment building. The rest of the newly constructed building is a pile of ribble on the ground around the shaft. 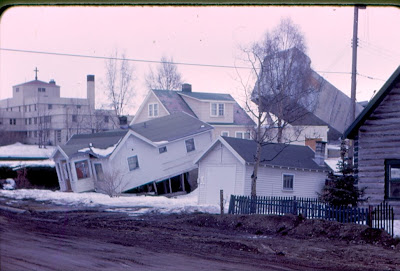 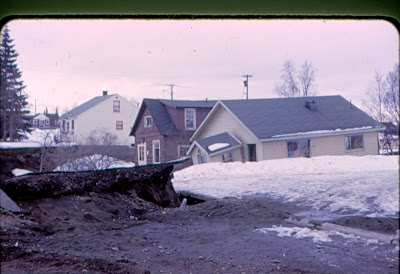 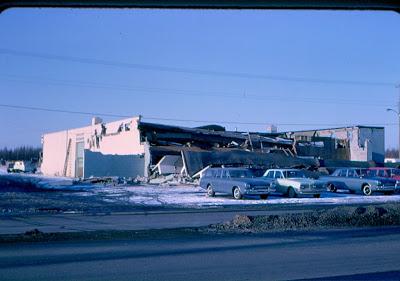 This one is something that used to be in the Alaska Railroad yards. 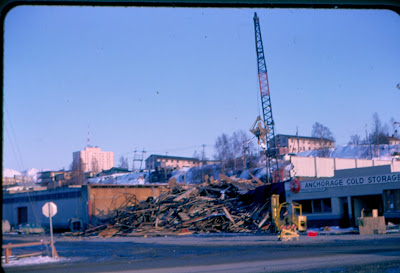 I am pretty sure this scene is of what happened to the air control tower at Merill Field, an airport for small planes at the east end of Anchorage proper. 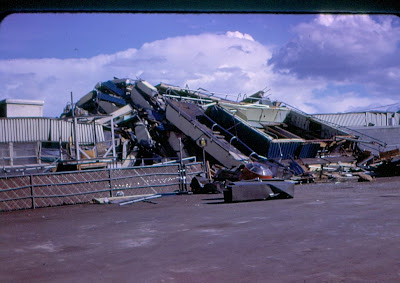 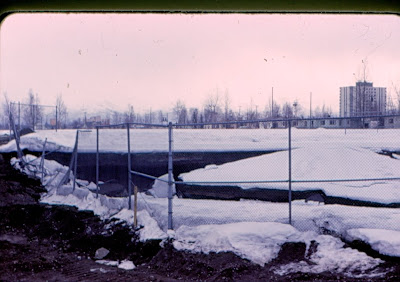 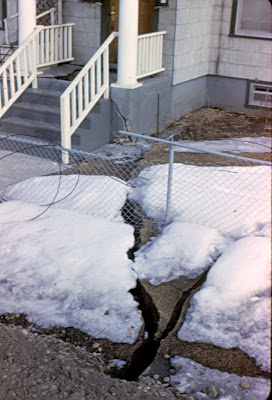 More L Street wreckage. Note the fault that sank between the white house and the beige building on the right. This was typical on the fault that roughly paralleled L Street. It varied in width, and ran for a number of blocks.
At the time, I lived in a small apartment on the second floor of an older home on Fifth Avenue between K and L Streets. The house sat right in the middle of the fault, and sank with the ground. Access to my apartment was by an exterior staircase, which was wrenched away from the building and clinging by nails that were partly pulled out. I had to climb those stairs and retrieve all my belongings, which consisted of a number of boxes of books. I have looked everywhere and cannot find a picture of the building. It was later moved intact to another location. 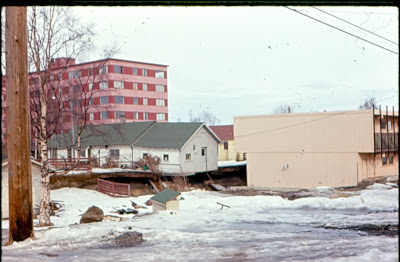