When I sat down to share this photo album with you, about the walk I took the other day when the tide was very, very low, I Googled "tides," thinking I would find a simple explanation of the physics of tides for you. What I found were words like "syzygy, amphidromic point, and lunation," and Isaac Newton's theory of tides. Yes, the same Isaac Newton who had an epiphany when he got hit on the head by a falling apple.
So, I decided you can accept my explanation, which is that we live on a big ball of water that sloshes back and forth all the time, or you can go to Wikipedia and muddle through that maze. What I really wanted to know was why we sometimes have minus tides? They make for great razor clam digging, but what causes them? Then I got distracted by things that usually are under water, taking photos, and decided I didn't care.
First though, I had to get to the beach from this spot. This is the home of friends in Halibut Cove, who are Outside. "Outside" is a term for anywhere out of Alaska, but most generally the rest of the states in the U.S.A. They're gone and I'm house-sitting, and opening the door for Gerri the cat in their absence.
At high tide, all this gravel is underwater. 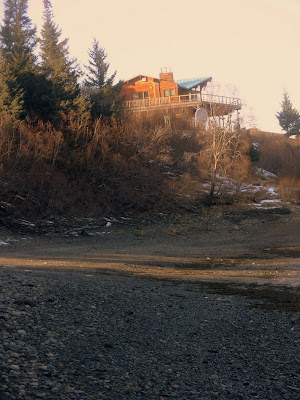 Here's something I found on my way to the beach. It's patterns intrigued me. 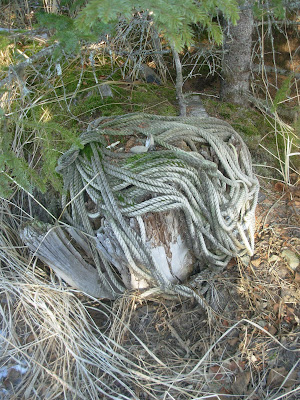 Sorry about the focus of this picture. Kinda makes me nauseaous to look at it. I included it to show you how stubbornly things cling to life here. It's clinging to the soil right at the high tide mark, and I'm pretty sure the lower part of that trunk is underwater then. 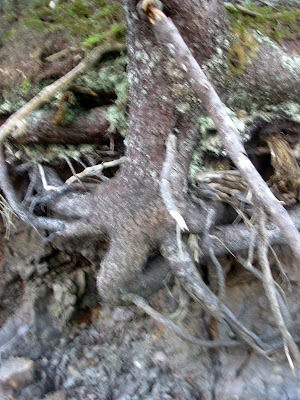 This dead spruce tree really caught my imagination. Those curved limbs look they're asking for a hug, don't they? Almost like the skelton of a huge whale... 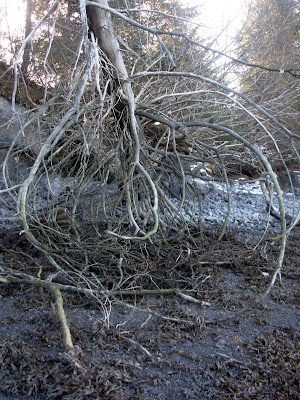 From my vantage point on the beach, this is a shot of what I see from the front deck. Notice that gravel bar stretching across the water? At low tide, boats can't get from one part of the cove to the other because of this bar as well as a narrow neck that goes dry. 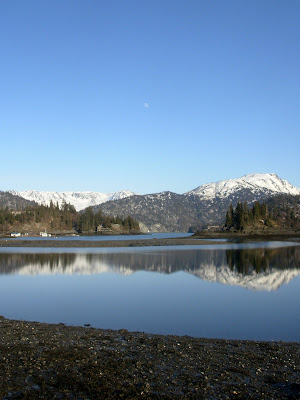 A pair of mallards enjoying the sun... 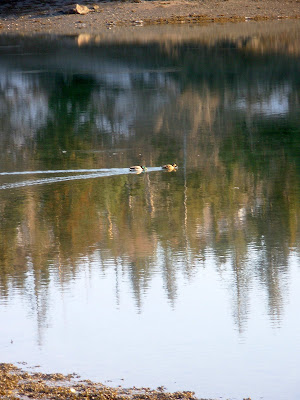 Loved the patterns in this bedrock. 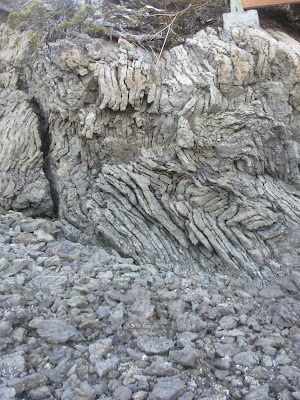 Another view from the beach. 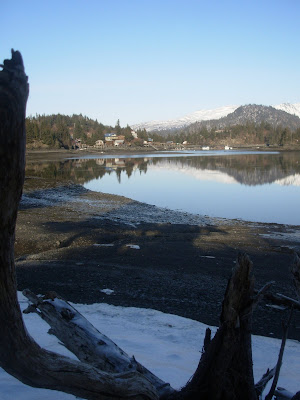 Here's a photo of the same area at high tide on a different day. The gravel bar is covered and navigable. 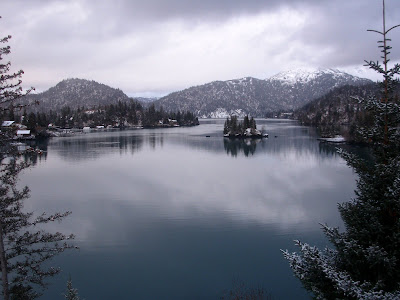 Took this one at eight o'clock tonight during a minus 2.9 low tide. Yes, that's the moon. 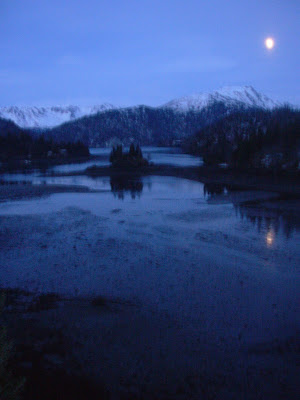 This is the upper end of the bight, uncovered during these extreme low tides. 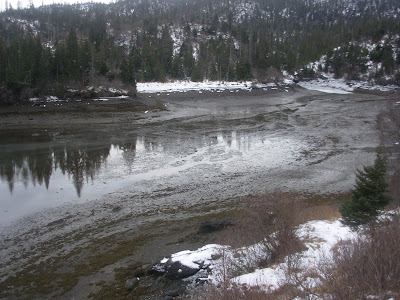 This is the boat I'm looking after. It's resting on the oceanbed right now because of the minus tide. 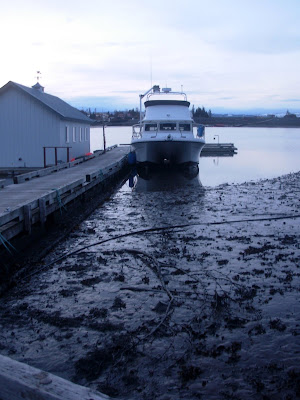 And just for the heck of it, here's a nautical picture I took more than thirty years ago. Something about it appeals to me.