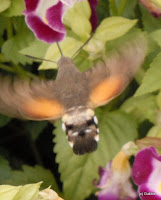 February 11, 2011
STUBBORN:  obstinate, mulish, muleheaded, stubborn as a mule, pigheaded, bullheaded, bullish, headstrong, willful, self-willed, strong-willed, contrary, perverse, wrong-headed,
inflexible, immovable, adamant.
There are many more synonyms for “stubborn,”  but you get the idea.  When applied to me, they might explain why I have 118 blurry photos of a hummingbird I saw in , .
My late husband used to tell me I’d argue with a street sign and take the wrong way home.  In my defense, I will say that he always had me do the navigating, thereby escaping any possibility of responsibility.
I was lying in bed a couple nights ago, daydreaming about a story I was writing and imagining how a conversation between the characters (I was one of them and a first love was the other) would proceed.  It was a really cool daydream, and I was just getting to the good part when memories of interrupted.
While I dearly love , I really didn’t appreciate the interruption during the very steamy part of my daydream, so I tried to shut the door on her.  She would have none of it, so I relented and listened to the memory she brought:
Sunday noonish, circa 1950:
I’m about ten years old.  I’m not sure, but I’m going to use that age because I’d certainly hate for you to think I would do what I did at a later age.  Anyway, I’m sitting on the right side of the bench seat in the back of ’s car.  We’re on in , approaching from the east, and on our way home after Sunday School classes at the .
was the lady who lived next door to me in .  was my stand-in mother, or maybe she was my best friend in the adult world.  It’s hard to define.  paid attention to me, spent time with me, took me places.  She talked with me as if I was the coolest kid in the world and truly enjoyed my company.  She had two young daughters and eventually had a son, all of whom I would later baby-sit. 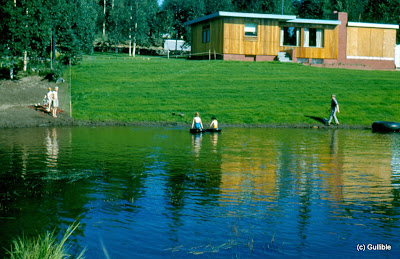 What set apart from most of the women in the neighborhood was that she drove a car—had a driver’s license and a car.  I imagine her husband Vern had a vehicle also, one he drove to his fire extinguisher business in Spenard.  I seem to recall a pickup truck in their yard.  And usually invited me along when she went anywhere. 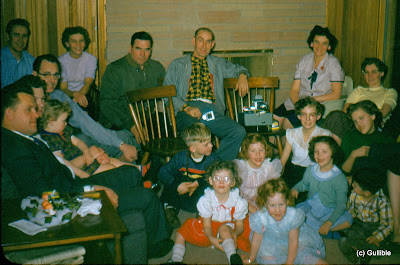 She took me to a riding stable and helped me rent a horse.  I was a bit horse crazy then.  She slowly followed me and the horse down the dusty roads to my home neighborhood, where I proudly showed off my fabulous steed, had my picture taken, and rode the horse back to the stable.  It seems to me the stable was three or four miles away, and someday when I’m in , I’ll have to drive the distance and see.  You know how things seem to have shrunk when you go back to your childhood haunts?  Same idea. 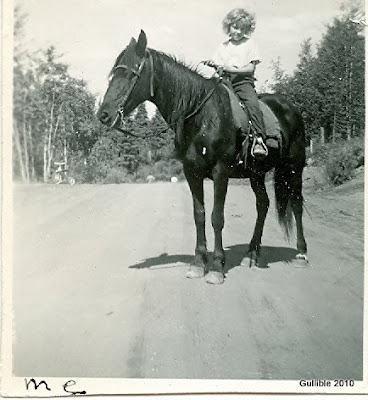 It was Beverly who introduced me to downhill skiing, took me for lessons every week at a ski area in downtown , behind where the old, now-demolished used to be.  She took me to , a military ski area in the mountains on the east side of , and it was Beverly who hauled me off—sleepy and protesting—to Sunday School every week. 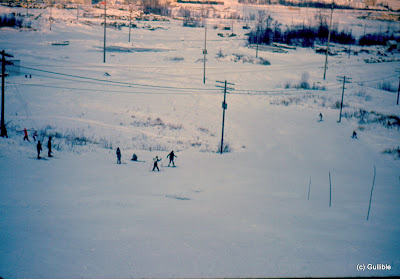 I asked my mother once why she didn’t go with us, as I was clearly suspicious of her motives.  She said she listened to Pastor Mjorud’s sermon on the radio while we were gone, but the radio was never on when I got home.  The rumor in Sunday School was that the pastor had been a bad boy before he turned to the church, but none of the adults would ever give us the juicy details.  So, we were left to our very fertile imaginations, which totally went crazy when it was said the good pastor was practicing glossolalia, the speaking in tongues.
Anyway, there I am in the back seat of ’s car, singing a hymn I’d just heard and taken a liking to:
On a hill far away,
Stood an old rotten cross..
makes an indecipherable noise, a very quiet, suppressed noise, but I hear it anyway, and look at her.  I see her turn her head towards me, her red hair shining in the noon sun that comes in the driver’s side window.  I can’t see her blue eyes because she keeps them on the road in front of her, but I see the freckles that run amok over her beautiful face.
“Rugged,” she says.  “It’s rugged cross, Jeannie.”
“What?  No.  No, it isn’t.  It’s rotten.”
She begs to differ, assuring me the correct word really is rugged.  Im thinking that doesn’t make any sense.  After all, it has to be a really, really old cross and surely it would be rotten by now.  In retrospect, that might have been the only time in my life I employed logic and reason to any conundrum.
“But I just heard it in church,” I say.  “I’m sure they sang rotten.”
“No,” says , “I love that hymn, and it is rugged.  In fact, the name of the hymn is The Old Rugged Cross.”  Her freckles are dancing as she smiles.  She isn’t laughing at me, I know that.  She is gently correcting me, correcting me with the love I always felt from her.
I'm not ready to give in just yet, but to please I sing….
On a hill far away,
Stood an old …r… ru…  rug-ged cross…

Inside my head, in that very obstinate place, I was singing…
On a hill far away,
Stood an old rotten cross