Say Again?
All my mail goes to a post office box.  I didn't make the 14 mile round trip to check my mail today because I was having ever so much fun playing in with my frozen septic system.  This evening, I received this message from Amazon stating that the US mail was unable to deliver my package:
Hello,  We're writing about the order you placed on February 22 2011.  USPS attempted to deliver your package but was unable to leave the package unattended.
"Unattended?"  In a postal box?  Does that mean Postmaster Marcia is camping out at the post office tonight so my package is not "unattended?"
Birds of a Different Feather
This is a female pine grosbeak at my bird feeder.  I also see black capped and boreal chickadees, nuthatches, pine siskins, magpies, Stellar jays, and occasionally redpolls. 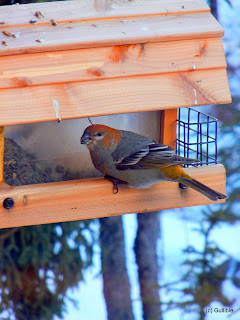 Oh, and these guys: 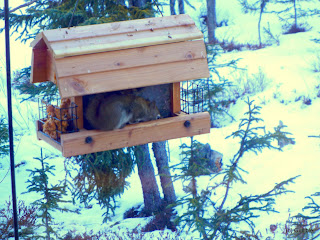 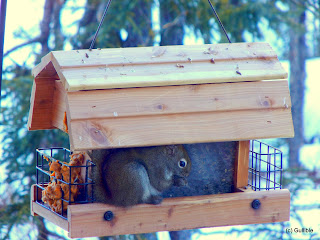 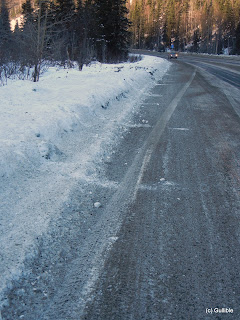 See the lines of snow, those clean white lines off the snow berms stretching onto the asphalt?  I count seven of them in this photo.
You don't have to drive in Alaska during the winter very long before you learn what caused them. 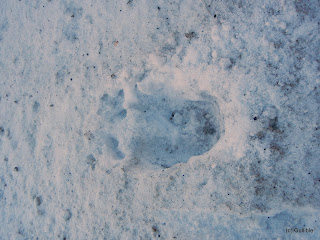 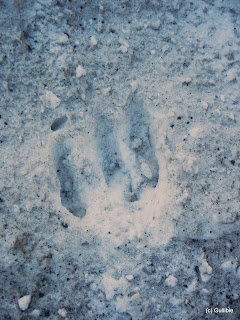 The Alaska moose is second only to the bison as the largest land animal in North America and Europe.  You do not want one in your lap.
Where were you when....
Have you ever wondered where you were  someone was when they passed out brains?  Or looks?  Or luck?  Or whatever.
Know that feeling? 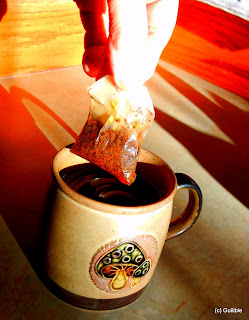 I have had a cup of Constant Comment tea almost every morning for as long as I can remember.  This is the first time I ever found one without a string and tab.
I have wondered all day where this tea bag was when they were passing out the strings and tabs...
C'mon.  You want to think about anything else when you're playing in with a septic system.
Posted by Gullible at 12:14 AM