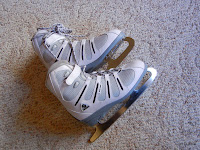 Good afterno-o-o-o-n-n-n-n, Boys and Girls, fellow Bloggers, and all of you out there who follow our scintillating site of cogent cognition and utter nonsense. 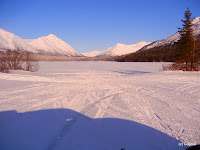 We’re blogging at you today from Gullible’s semi-private suite in the Seward-town hospital. Yes, siree-e-e-e, we’re all wrapped in gauze and plaster of Paris today, but at least the fingers still work and with the miracle of Wi-Fi and a saline drip mixed with goodies, we’re here to tell you of Gully’s latest madcap adventure.

What the heck. A busted femur, sprained neck, and a wee little concussion can’t stop the Gull from bringing you the very latest scuttlebutt from the Land of Medicare. So here it is, live from Bloggerville. 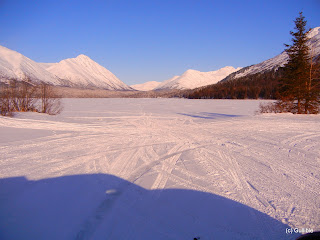 See, Gully has this theory that once you’ve done something, you’ll always remember. Wait. She said to reword that so it doesn’t include car keys, cell phones, and …. What? Wha’d ya say, Gully? Oh, yeah. Well, uh, let’s leave it at car keys and cell phones for now.

She says once you’ve learned how to DO something—like ride a bicycle—you’ll always remember. Now, Gully didn’t get in this fix riding a bicycle. No death on a bicycle for old Gully.

No sir, Gully chose a more mundane method of achieving the same result. Or near the same result. She ain’t croaked yet, boys and girls, and fellow bloggers, even though she looks like she went bungee jumping from the fourth floor without the bungee. 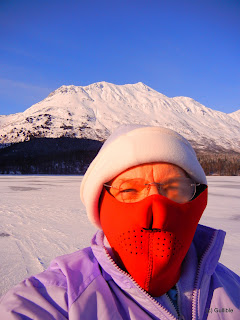 What she did was lace on a pair of ice skates for the first time in thirty years. That was after she drove her truck onto the lake ice, turned left and drove a quarter mile to where there was a wee patch of wind-swept ice. Then, she strapped on the blades. Brand new blades. 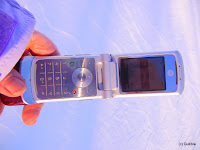 Lest you think her totally insane, she did take some precautions. She turned on her cell phone—the one with the cracked plastic cover—and pre-dialed 911. All she had to do was push the send button if and when things went awry.

So, here’s the full report from Gully about how much ice skating has changed since she was a kid:

1. It’s freaking cold there on the lake with the wind blowing. Too bad that old boiler of a volcano across Cook Inlet couldn’t belch a cloud of steam and warm things up a bit.

2. It took her longer to get dressed to go skating than she actually skated, and she was so totally color coordinated until she put on a red neoprene face mask.

3. Ice skates aren’t made for feet with bunions.

4. Snow-covered drifts on ice are just like runaway truck off ramps in that they bring your to a quick halt.

5. Rough ice slashed with bottomless scars of pressure cracks makes you wish you were closer to shore. However, wearing a face mask while wearing glasses means the glasses fog up with the first exhalation, thereby obscuring any danger signs.

6. There isn’t anything quite like being on a vast, frozen lake ringed with mountains, in the middle of the afternoon with the sun finally parting with a couple degrees of warmth, while up above a still visible waxing moon punctuates an impossibly blue sky. Or is it a waning moon? Well, it’s a moon.

And that’s it from Gullible’s world today, fellow bloggers. Tune in tomorrow when we’ll chat with Gully about her plan to take up alpine skiing again. 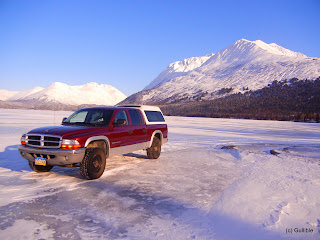 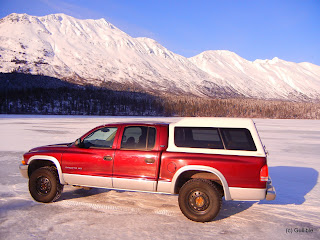 But then, when she got home and took off the North Face insulated snow pants, she noticed a bluge in the back pocket.  Inside....

(I made it all up, guys. The only thing true about it is that I did go skating with my new skates after driving onto the lake. Also finding the money and the six things I learned are true.  This whole shenanigan came about as a result of a writing prompt that specified including these words:  death on a bicycle, 4th floor, cracked plastic, scar, old boiler, and waning moon.)
Posted by Gullible at 6:09 PM