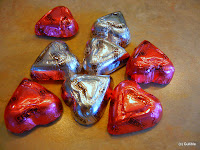 More friends, more visits, more reaching into the pocket for the foil-wrapped chocolate hearts I was handing out everywhere.  Lots of smiles in return.

I learned beer tastes better with peanuts than with chocolate.  No, I didn't.  I'd learned that a long time ago.  But the peanuts at the Bird House went just fine with a glass of lite beer.  As did the conversation with an old friend while we talked about other old friends who had birthdays this week that were going to make them even older.

We're talking 76 and 84, and I'm still trying to figure out how it's come to be that I'm hanging out with such old people. 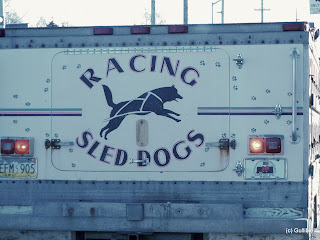 The back end of a dog team truck. 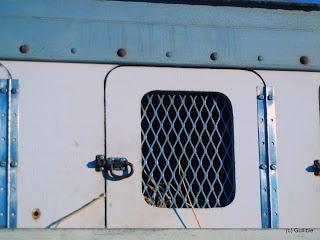 Each doggie has his own little straw-lined compartment. 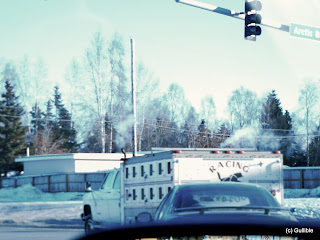 And a side view of that truck. 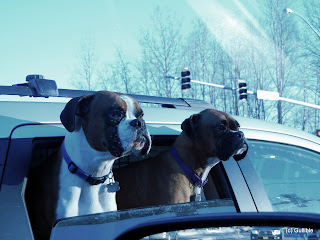 At the next intersection, were these two nosy dogs.... 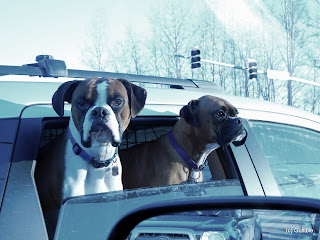 Look, guys, it's almost zero and your human is driving around town with a window half open?

A huge molten gold sun was beginning to set behind me as I headed out of town and along Turnagain Arm.

Mauve and pale blue ahead of me to the east.... 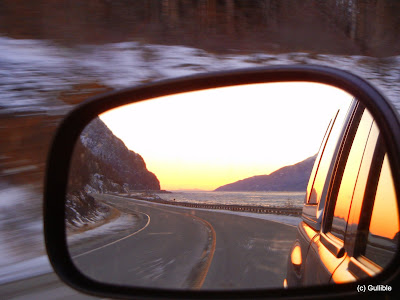 Lemon yellow behind me in the side mirror.... 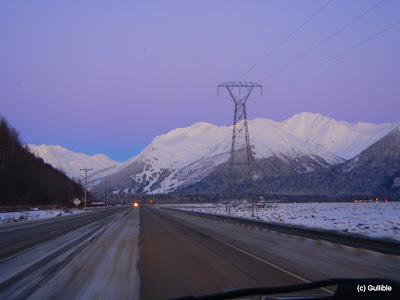 Darker mauve and darker blue 35 miles farther along the Arm. 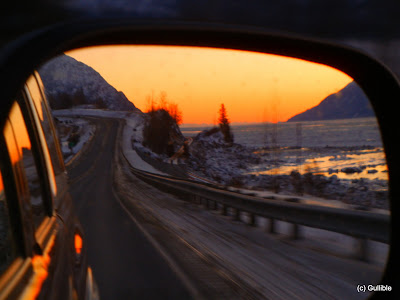 Then brilliant tangerine.....
When I reached home it was dark.  I put away my purchases  and started emptying jacket pockets.

I still had some chocolate hearts left.  I'd been passing them out all day, wherever I went, to friends, store clerks and complete strangers.  I laid them out on my kitchen counter, turned them all right side up, and remembered all the special smiles those candies had brought.
Then I ate the rest of the candy.  Well, what the heck.  It was Valentine's Day.
Posted by Gullible at 12:03 AM