I was going to name this post coitus interruptus.  Had every intent to do so.  Then I realized I didn't know if swallows did it on the fly, so to speak, like eagles do.  Perhaps they choose a more earth-bound venue for propagating their species.   So, in the interest of accuracy, I chose the lame title above.

Propriety had nothing to do with changing my mind.  Nope.  Not at all.

Anyway, I was slouched in front of the TV last night, unwilling to move for anything.  I'd overdone it a bit in the litter-picking category.  A crash against one of the huge front windows changed my mind.  I struggled to get myself out of my comfy nest.

Once standing, I saw two swallows lying on the front deck, obviously the source of the crash noise. 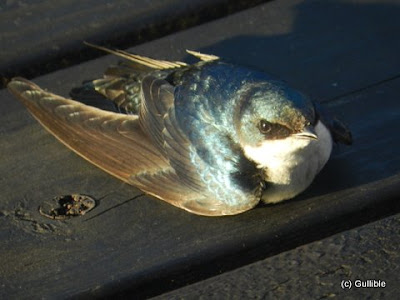 The late evening sun caught those iridescent blue feathers.  The swallow above seemed to be the most alert after impacting plate glass.

The one below had its head down for a long time, and I feared for its life. 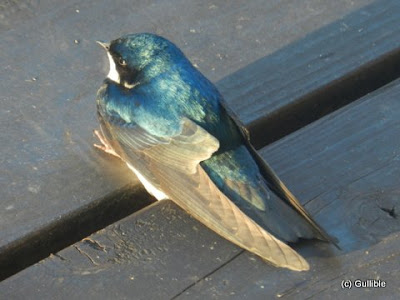 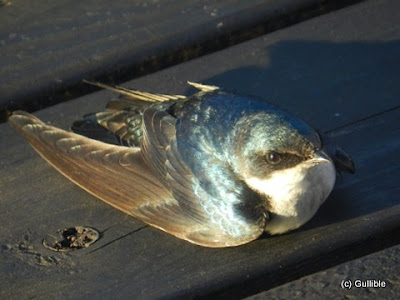 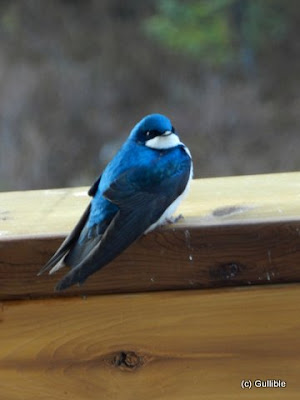 Finally the one that seemed the most stunned flew onto the rail just above the other.  I watched them for a while, hoping they would both fly away before a magpie came looking for dinner, and look what came calling. 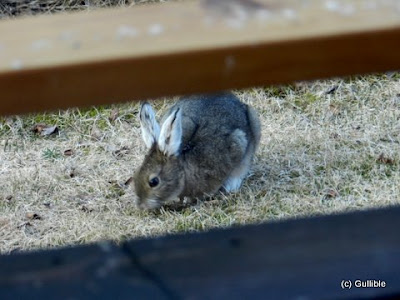 This is an Arctic hare, also called a Snowshoe hare, almost completely transitioned from pure white to its summer coloring, except for those big ears.


This afternoon when I came home from another mile of litter-picking, I saw this nibbling along the side of my driveway. 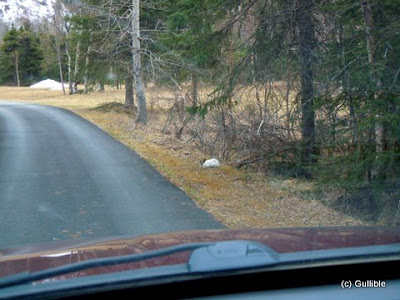 At first I thought it was a hare very late in its transition.  Then I realized it was a  domestic rabbit.  They are larger and have shorter ears. 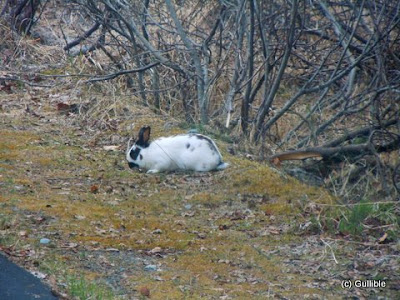 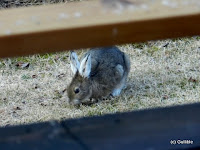 You two should consider swapping ears.