The Nice Day for a Drive Journals, Ch. 1


Two of my cyber friends had cases of cabin fever and went south (to Florida) for brief vacations this week.  I, too, had cabin fever.   What does it say about me that I went north?

To Fairbanks north.  Where the nighttime temps were around minus 20 degrees.  I think it says any old excuse would do to get out of Dodge for a few days and Florida was just too far away and Homer, Alaska, wasn’t far enough.

My “any old excuses” were two-fold.  When I woke up Sunday in my usual funk, caused by winter reclusivity, the Life section in the newspaper featured photos of the Ice Art championships in Fairbanks.  By 6 PM, I’d made hotel reservations.

Mid-morning Monday and I was off to Fairbanks, some 465 miles north.  It was a nice day for a drive, believe me.

A few photos along the way, with short explanations. 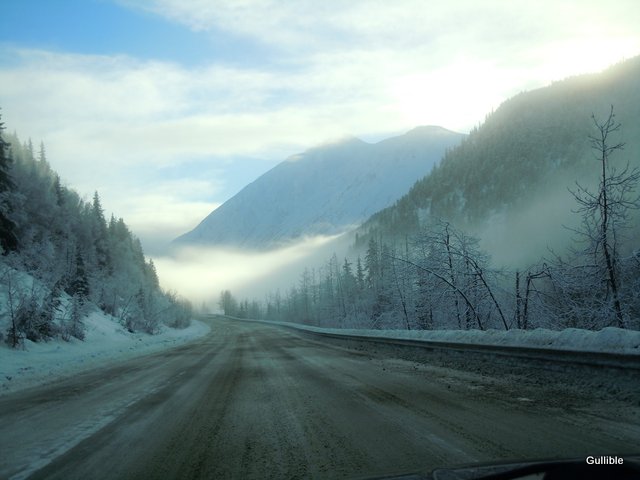 Driving through the Kenai Mountains. 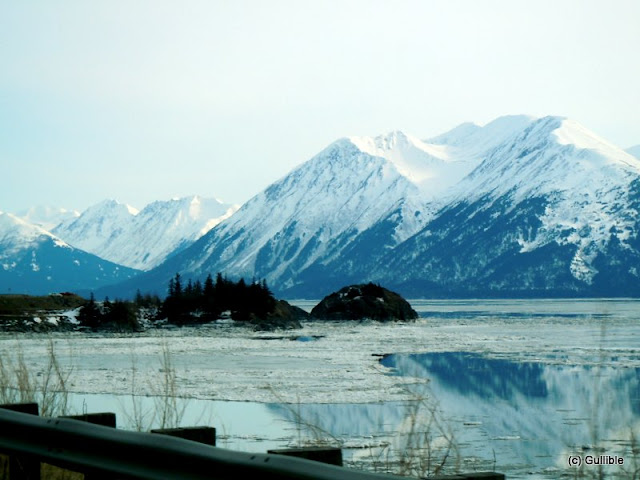 Then along Turnagain Arm and the Chugach Mountains.  I never tire of this sight. 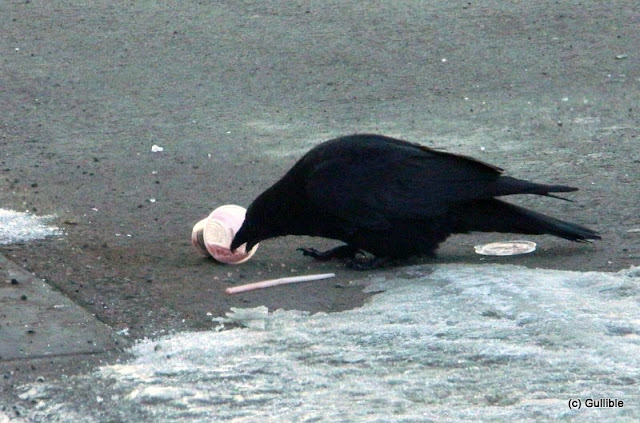 A raven found a treat in the drive through lane at KFC in Anchorage. 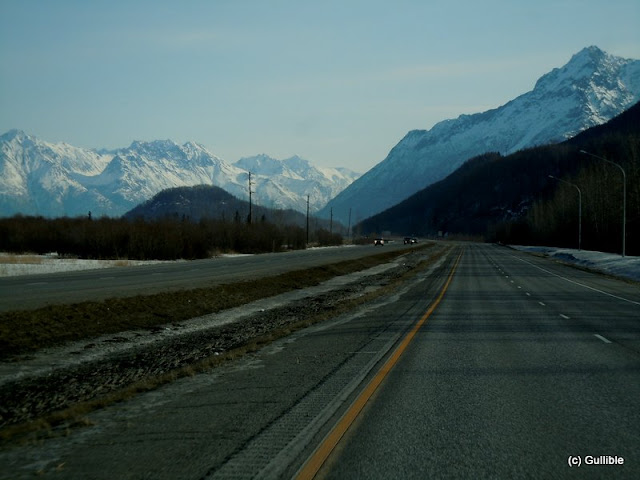 Driving along Knik Arm beside the Chugach Mountains 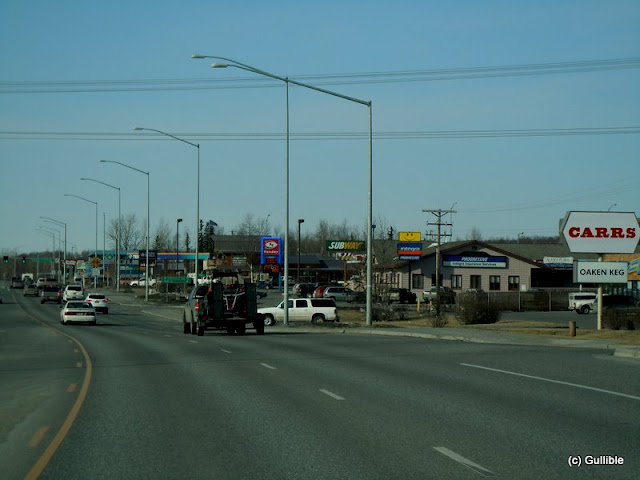 Through the miles-long strip mall that is Wasilla. 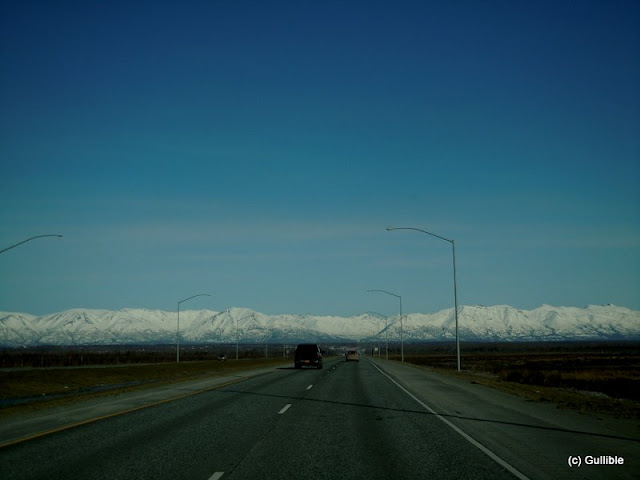 The Talkeetna Mountains up ahead.  I'll skirt them on the far left. 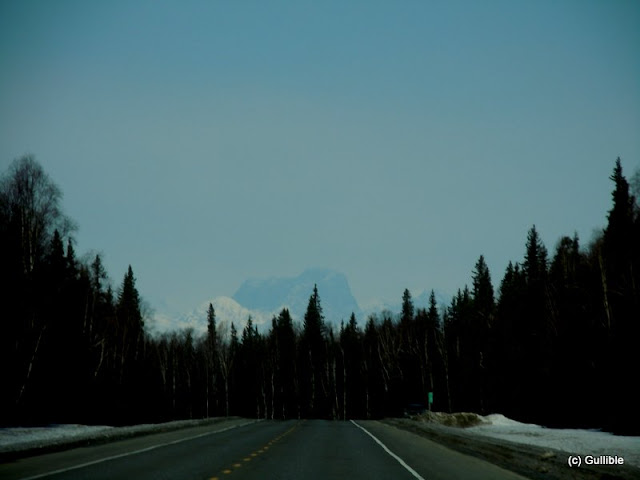 Denali (known to some outside Alaska as Mt. McKinley)  gives a hint as to what will come in the Alaska Range of mountains. 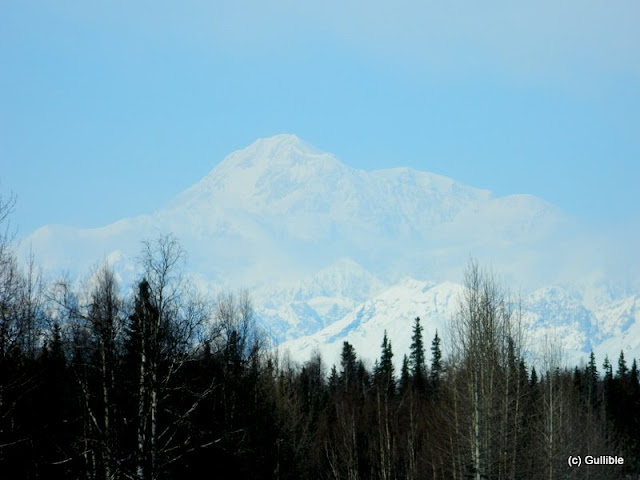 There she is, the tallest mountain in North America. 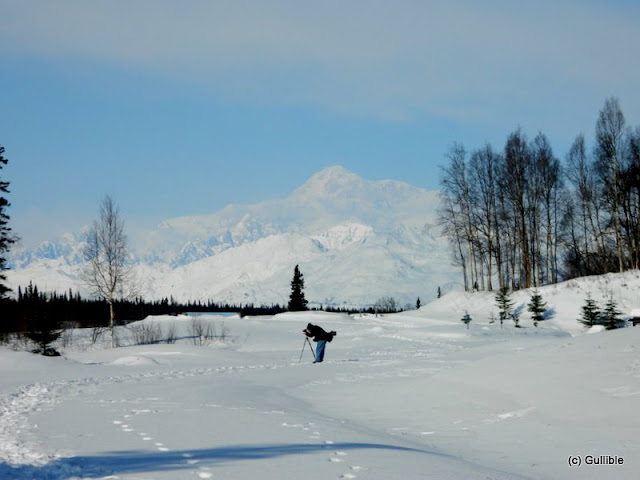 Denali, The Great One.   This almost looks like an old-fashioned 35mm film double exposure, but that's Denali, much farther away than the mountains in the foreground.