The Nice Day for a Drive Journals, Ch. 2

Here are two things about Alaska you should know:

My road trip used three of those highways—the Seward, Glenn, and Parks highways, beginning near Moose Pass, which is inland from the coastal city of Seward.

As for mountains, they’re all over the place, thanks to tectonic upheavals., which provide us with our entertaining earthquakes (and some not so entertaining).


I passed through the Kenai mountains (11 below) to Turnagain Arm, then alongside the Chugach mountains (12) that ring Anchorage.  Once north of Anchorage, I skirted the Talkeetna mountains (8) and reached the impressive Alaska Range (7), a 400-mile long fairly narrow strip of mountains that arc east-west.


Before I entered the Alaska Range, though, I parked on the side of the road against a snow berm at a scenic viewpoint that was not plowed but had a hard-packed trail through the snow to the overlook.   This sight of the mouontain in the clear is not common because the mass of Denali (known to some in Ohio as Mt. McKinley, after the former president of the U.S.) is large enough to create its own localized weather and it is frequently obscured by clouds.

But, on a day like this, it’s pretty impressive. 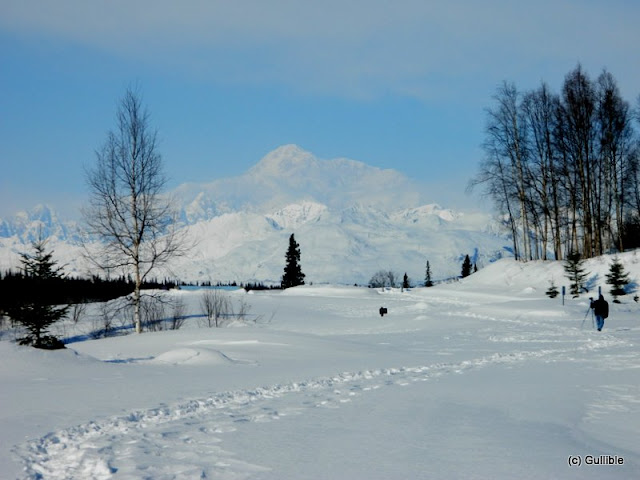 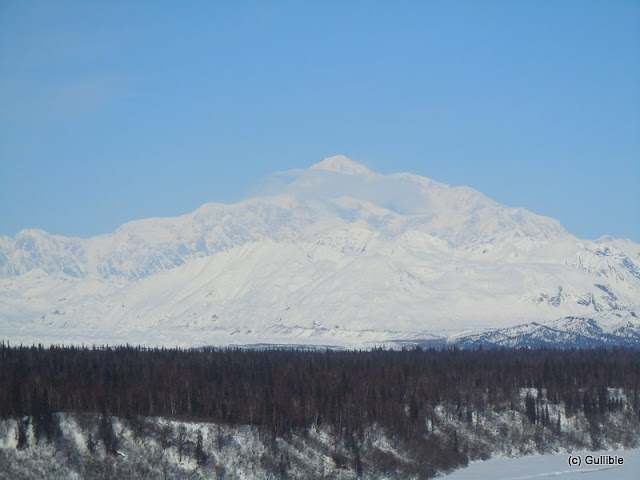 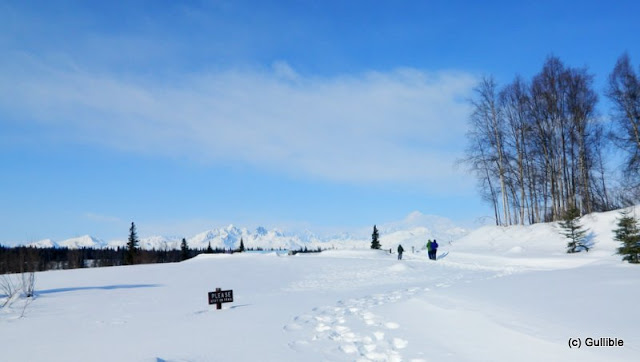 Denali is the native Athabaskan name for the massif, translating as The High One or the preferred Great One.  At 20,320 feet, it is the highest mountain in North America.   It’s neighbor, Mt. Foraker, ranks sixth in tallest North American mountains.  In fact, of the twenty tallest mountains in North America, nine of them are in Alaska.

With some clever reckoning and reasoning, Alaskans like to aver that Denali is higher than Mt. Everest, the tallest mountain on earth.  To substantiate that claim, they say that Denali’s base is at the 2000-foot level, while Everest’s is on the 17,000-foot Tibetan plateau, thus Denali has more exposure.

A gold miner named it McKinley in support of a then-campaigning William McKinley.

Many attempts to revert the name of our mountain to Denali have been made.   The Alaska Board of Geographic Names changed the name back to the original Denali, but Congressmen from McKinley’s home state of Ohio  constantly challenge efforts to have the United States Board on Geographical Names do likewise.   So, take your pick.

Whatever name you opt for, Denali grows a millimeter a year, thanks again to those tectonic plates.   Perhaps with global climate change and the melting of the five large glaciers on the mountain, it will grow even faster as the heavily-weighted land mass springs upward.  Maybe.

Denali National Park and Preserve is closed to traffic in the winter.  During the summer months, the only access for tourists is by park buses,  and they stop wherever wildlife is spotted. 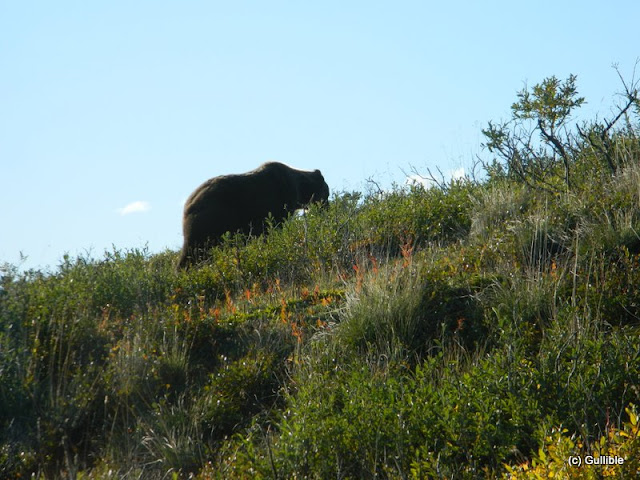 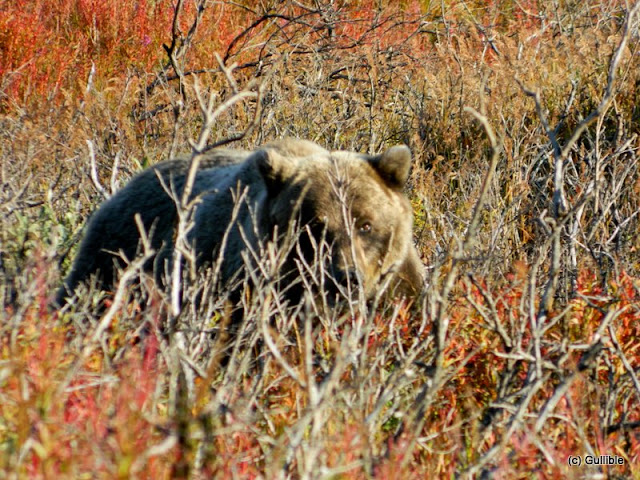 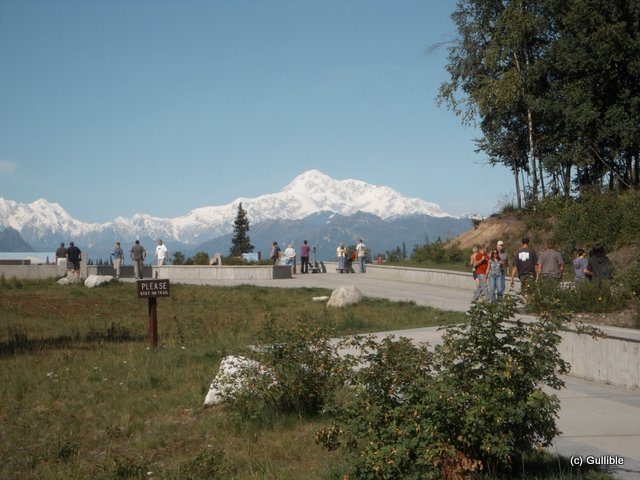 Another great way to see Denali is by a flightseeing trip chartered in Talkeetna. 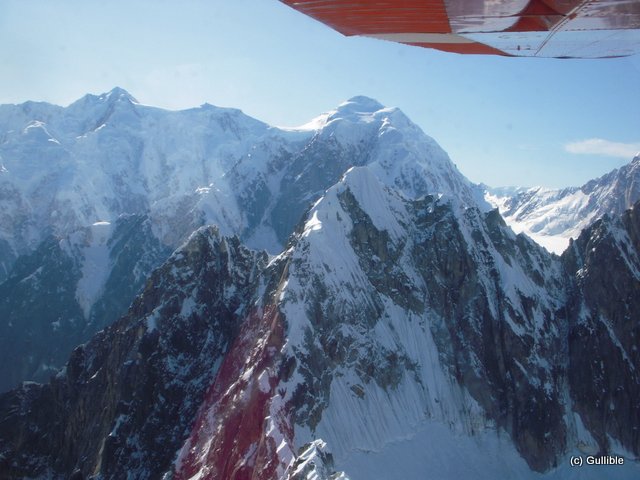 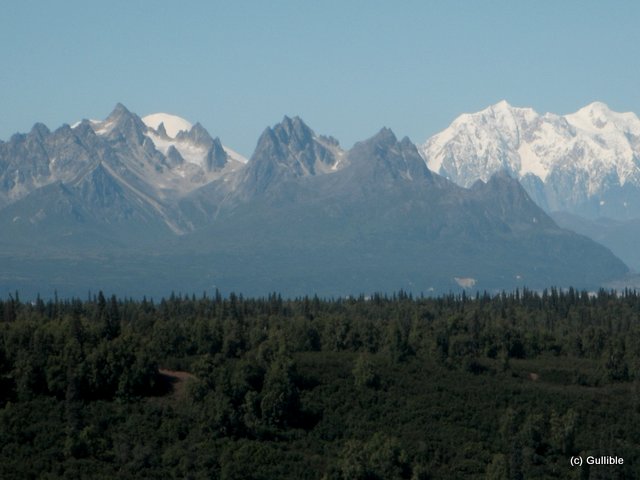 Some more photos I took during and autumn trip into Denali: 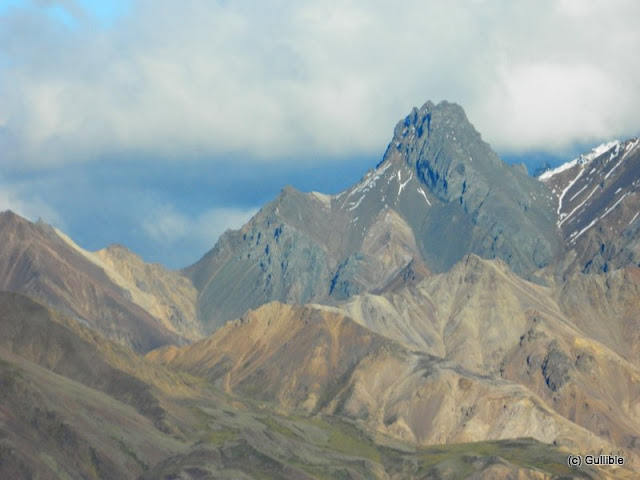 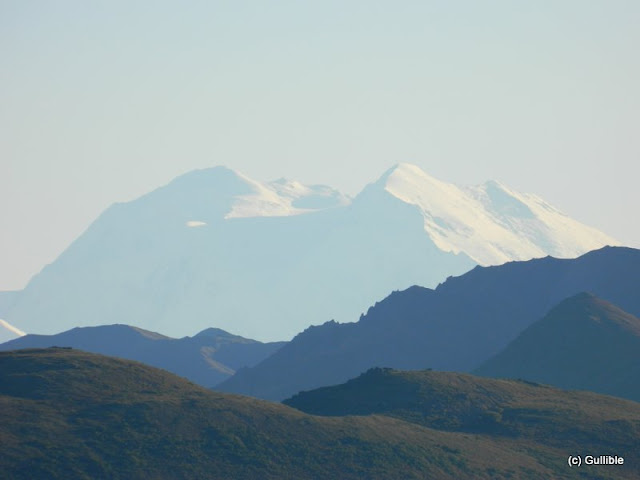 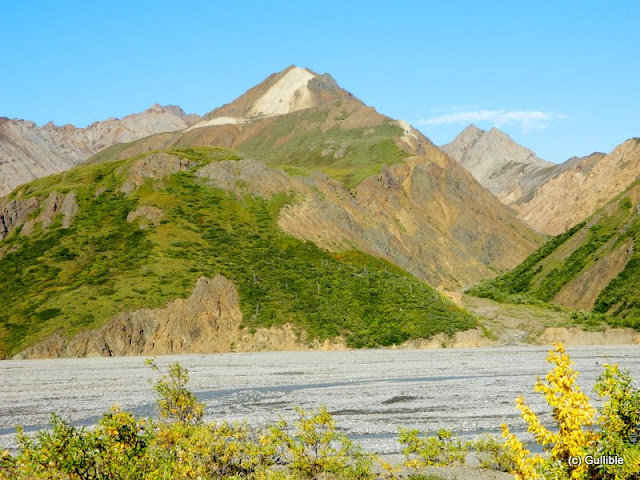 Everything in the park is scenic.

Now, onward to Hurricane Gulch and some memories from 1964.