Life is either a great adventure or nothing.
--Helen Keller

Russell Gammon is the kind of fellow you’d love to have dinner with, preferably when neither of you has any time constraints and the postprandial conversation is free to wander where it may, because you know Gammon is a storyteller par excellence, and thus the evening holds promise of being both entertaining and educational.

I can imagine him setting down his lager and telling me how to find the big cats of Africa during the rainy season.  They don't like getting wet and since the heavy undergrowth is laden with dew in the morning they walk down the roads, making them easier to track and find.

Gammon looks like he belongs in Africa—to Africa, and he does.   He’s a third generation resident of Zimbabwe, the result of an ancestor coming to Zimbabwe from Scotland in the early 1890s.

He is a big man and his ruddy complexion, exacerbated by the intense African sun, tends to disguise the redness of his beard. 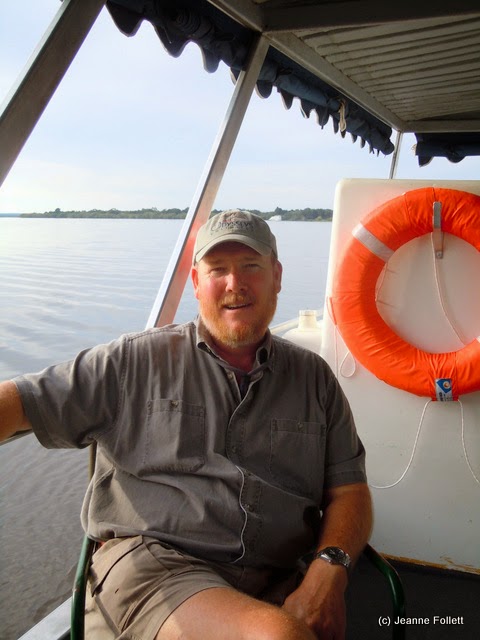 The “different road” takes us through the village of Victoria Falls, then turns back alongside the Zambezi River through brush and trees.   A seemingly deserted road suddenly comes alive with hawkers coming out of the brush as we slow to see another baobab tree.   Thankfully, we are protected within the coach and escape with our dollars intact. 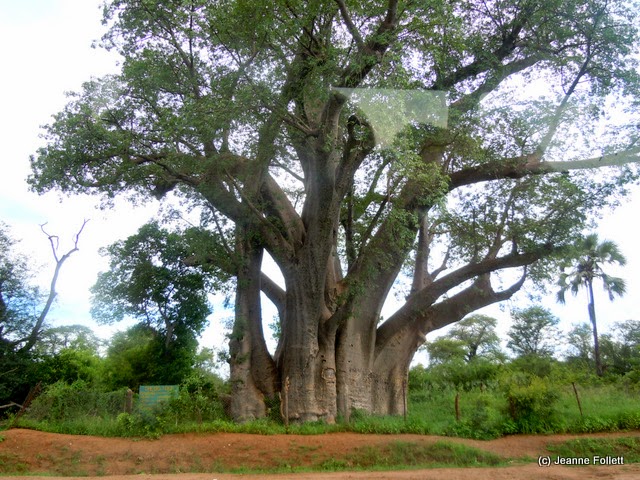 A short distance away, we disembark and board a river boat with chairs and tables lining the outside of the deck.  Seated at one of those tables was Gammon, dressed in a gray shirt and khaki shorts.  Once the hors de oeuvres are set out and we have our beverages of choice, Gammon goes to the bow and begins to speak about his hero:  Dr. David Livingstone, the first European to see the “Smoke that Thunders,” who promptly named it Victoria Falls after the queen of England. 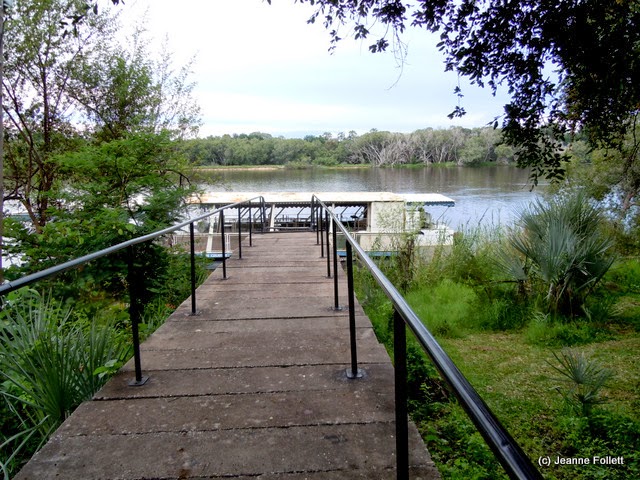 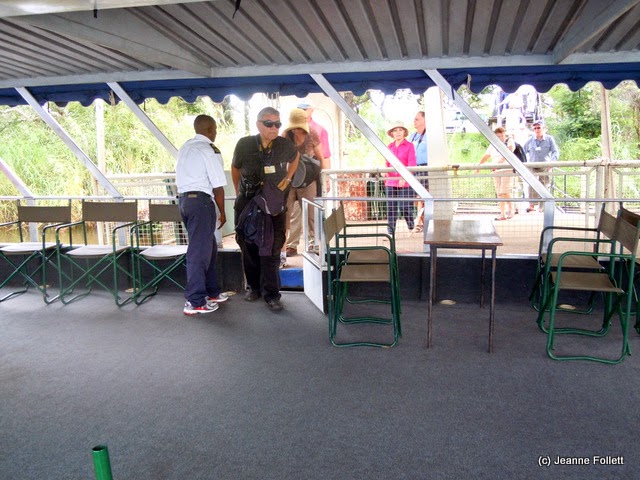 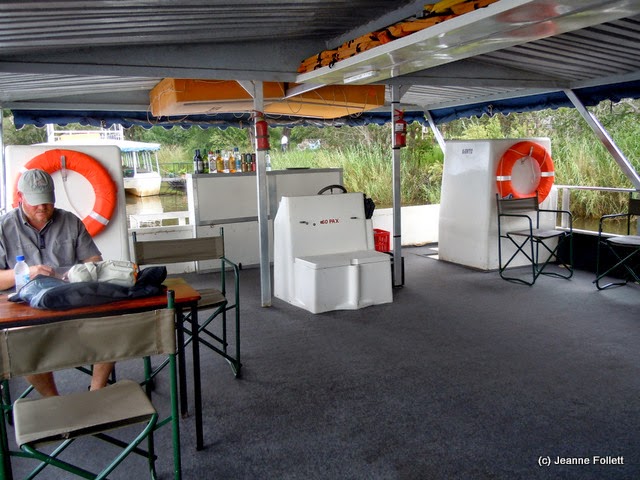 Like Livingstone, Gammon is Scottish.   He has been a guide for most of his adult life and is now considered the foremost expert in the life of Dr. Livingstone.   He frequently gives talks at Victoria Falls Hotel and other venues, and has worked with the Smithsonian Institute, National Geographic, the BBC, and Discovery Channel regarding Livingstone.   Further, he has traveled much of Livingstone's routes.

I had read Martin Dugard’s Into Africa: The Epic Adventures of Stanley and Livingstone before I came to Africa and I was anxious to hear Gammon flesh out the story of the Scottish medical missionary and Africa explorer.

So, I join fellow travelers from Nevada at a front table and settle back with a Coke Zero and a few hors de oeuvres, pen in hand and notebook at the ready.
I suggest you order a tray full of gin and tonics.   We're in malaria country and you'll need the anti-malarial qualities in the tonic, you see. 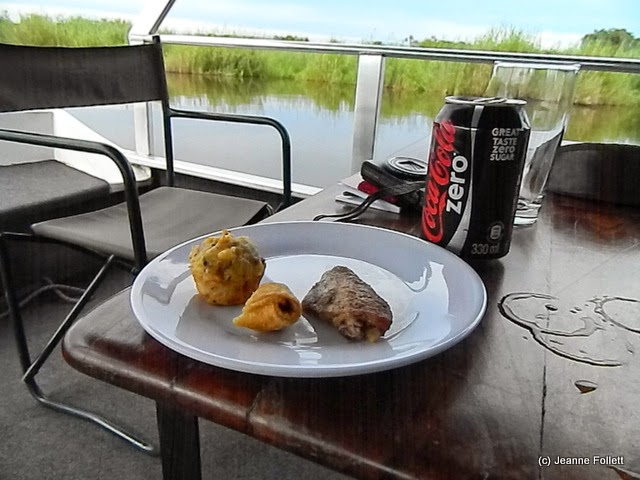 The boat pulls away from the dock, passes some women fishing along the shore,  and Gammon begins to speak.   We are literally on the same river at the same place that Livingstone explored in the mid 1800s.

Now, settle back and listen as we learn about Livingstone and Stanley during an era when the average life span of a European in Africa was an astonishing six months. 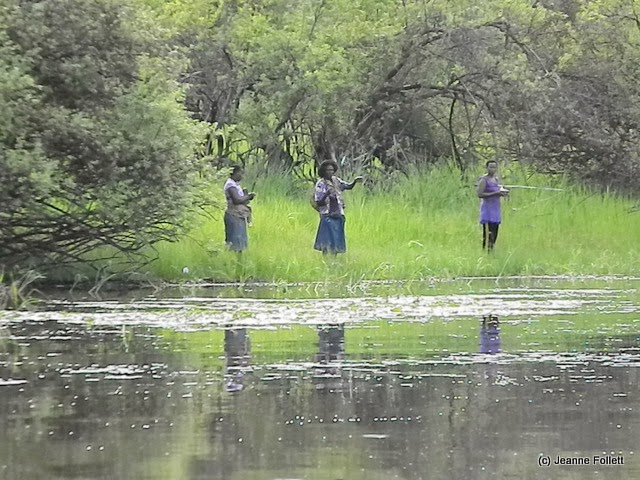 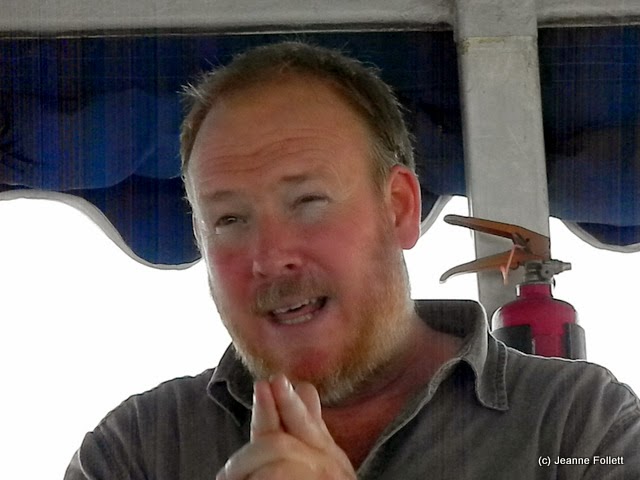