Mongolia, A Report from the Field: The Monkey Wrench from Left Field

I knew before I started this trip that Cap traveled as the spirit moved him.   For instance, how many people do you know who stumbled his way—prompted by strangers and led by odd coincidences—into a personal sit down with Mother Teresa at the Mother House in Calcutta, when he had no intention of going to Calcutta?

So, I shouldn’t have been surprised when Cap announces to Yusef that he has to be back in Ulaanbaatar in the early afternoon of Saturday, but I am.   We planned a six-day trip after much negotiating with the manager of Genco Travel—two full days driving up, a day trip farther north to a waterfall, a day for whatever we wanted to do, and two full days driving back to UB. 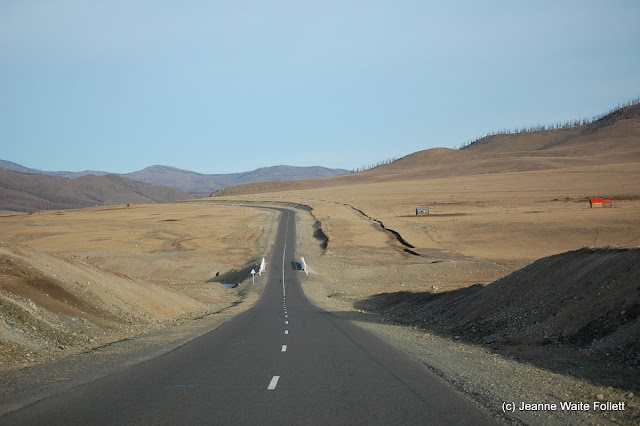 It was Cap’s idea to extend the original suggested itinerary from five days to six, so, yes, I am surprised when that monkey wrench comes flying in from left field, and I wonder what has happened in the last day while we were on the road that is so important.

“It is very important,” says Cap.   “It is essential I be back.”   He continues to emphasize its importance as we head north.  When we left Bulgan this morning, we still had 300 km (186 miles) to the lake.

If it catches me unawares, I can only imagine what Yusef is thinking.   While Genco has given Yusef some latitude in changing the itinerary if we wanted to see something or do something that wasn’t on the plan, there were still all the hotel reservations to consider.


I can feel the energy coming from the seat behind me where Cap and Patti are sitting as Cap brainstorms this whole thing, so I figure I’ll just sit back and see how things play out.   He asks Yusef if we can get back to Erdenet or even Darkhan on the Friday drive, or leave the lake early and get back to UB on Friday.

If my head is spinning, I imagine Yusef’s is a whirligig as he mentally counts distances and driving times and potential hotels and meals, as well as existing reservations. 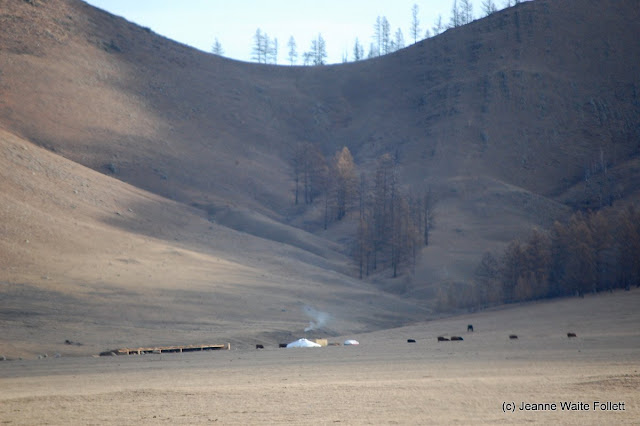 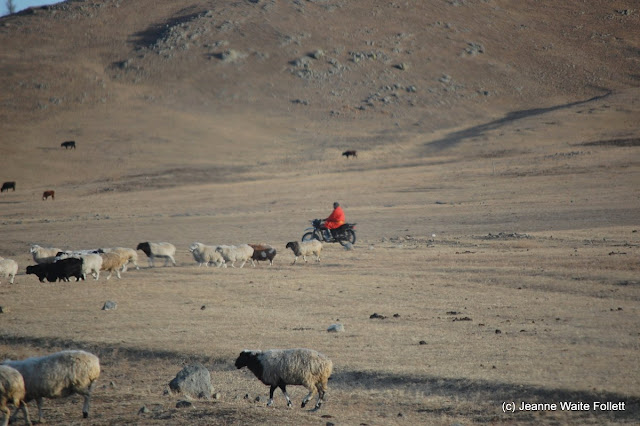 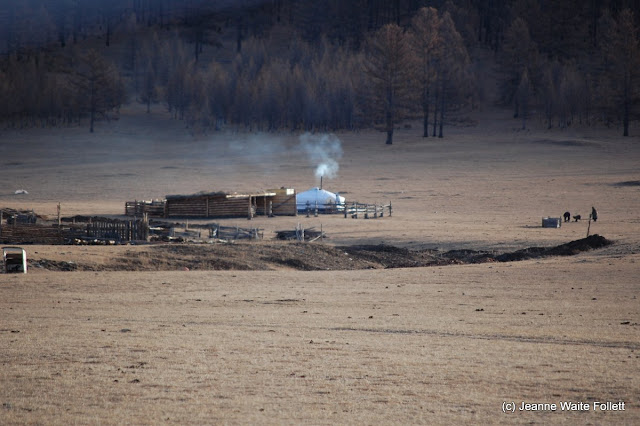 We reach the town of Moron (or Murun or Mörön) and go to the Edelweiss hotel for lunch.  Four of us enter the dining room.   Cap goes walkabout through the city, and joins us later.

I ask Patti about this sudden need to get back early.   She explains that there is a meeting at 2 P.M. Saturday that Cap must attend.   He has set up a web blog for people with a particular interest, and the meeting Saturday is to arrange for someone to translate Cap’s English posts into Mongolian.  We leave a couple days after returning to UB, so there’s no time available on our return.   Now I understand his urgency in being back in UB.

Patti and I order Chicken Caesar salads, described on the menu as lettuce, red onion, red cabbage, dried tomato, carrots, croutons, and a slice of bacon).   Unusual, I think.

But, it’s nowhere near as unusual as what arrives.   It’s a salad, but it’s diced cucumbers, tomato, shredded carrots, a slice of pressed ham, and some bits of chicken.  No lettuce.


Cap returns from his walkabout and announces he found a place to recharge the minutes on his phone.  “Yusef,” he says, “this is a hotel.   Why can’t we leave the lake on Thursday and stay here that night?   Then we will be that much closer to UB?”

Yusef considers it and says he will see if we can do that.   Having once been in the hotel/restaurant business, I am well aware of problems that can arise with cancelled reservations, so while I’m following the subject with interest, I also empathize with Yusef.


Chimdee orders khuushuur, something like piroski  pr a Cornish pasty with a meat filling.   Except, Mongolians fry it in lots of oil.   Lots of oil.  He offers Cap one of the meat pies.

I pick the chicken out of my “Chicken Caesar” and give the rest to Cap.   Yusef is dawdling over his tuna pasta and when he offers Cap a bite, Cap polishes it off with Yusef’s okay.

We gather up our stuff to leave and as I near the door, I see a Caucasian woman entering.   I say “hello” as I pass her and I hear “hello” in return, with an American accent.   We both stop and look back.

And serendipity strikes for the second time this day.   I am beginning to think she rides on my shoulder.