Mongolia, A Report from the Field: A Place of Our Own


The drive from Mörön to the village of Khatgal at the southern tip of Lake Khuvsgul seems shorter than its 110 km (68 miles), perhaps because there’s so much to see en route.  Nearing the town, Chimdee drives past a couple gas stations and the typical fenced wooden houses and gers.   This looks very much like a Russian town, and that is indeed how it was founded. 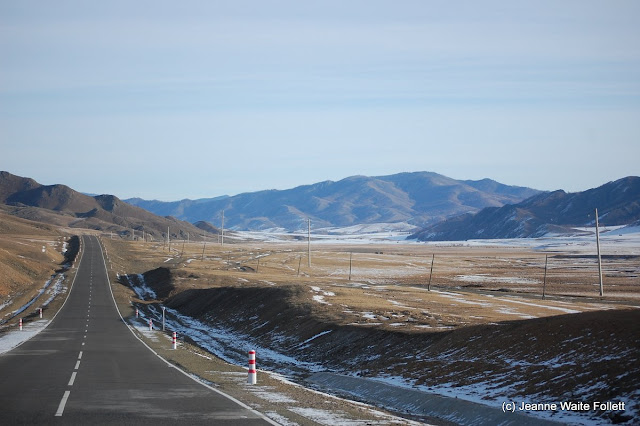 We drive through most of the town, which certainly doesn’t take long because the population is less than 3000.  In fact, the town is so small that I wonder if it includes any nomadic families in the outlying areas.

I see up ahead what looks like the end of the road, a tall bluff on one side and the lake on the other.   At this point, the lake looks more like a river.

Suddenly Chimdee turns left off the pavement and into a field of frozen, rutted dirt.   We bounce through it and up a hill into the Siberian larch forest, where we lurch through the larch on a “road” of sorts.  Eventually (and it really wasn’t far), we catch our first glimpse of the lake below us.


What we can see is immense, and we are seeing only a small part.   Chimdee drives past yak/cattle hybrids, summer cabins, and tourist camps, to a locked gate at the end of the road.   Soon a man exits a small cabin and unlocks the gate.


We park at a beautiful log lodge with gers scattered around the site.   The wind off the lake is vicious and biting, and I am certainly not dressed for it.  However, in my small black duffel bag are the winter clothes I brought and can now wear. 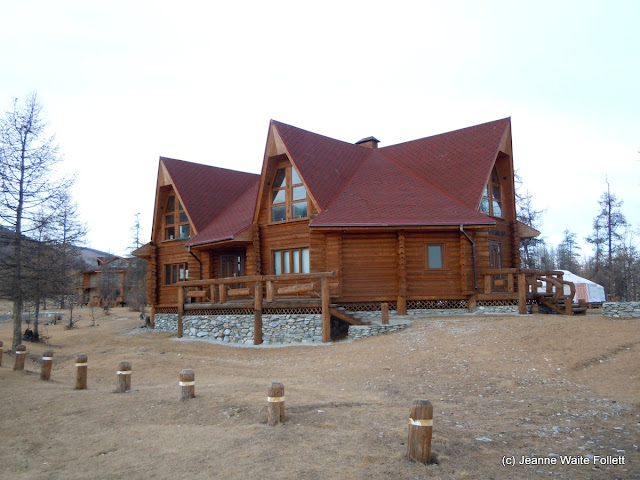 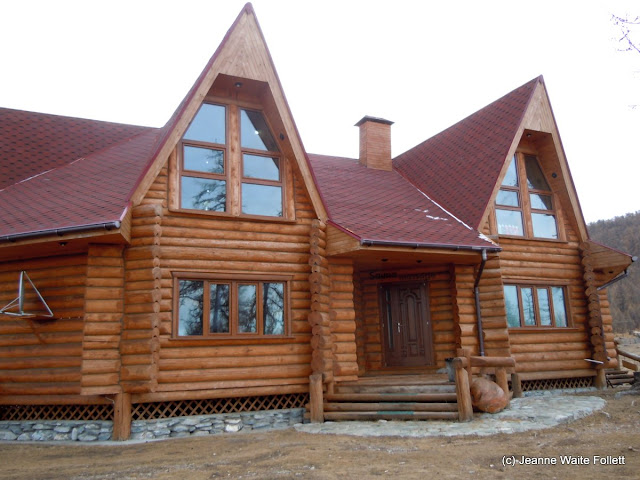 Once I’m through getting settled in my lovely ger, I don half the clothes from the black duffel, grab my cameras, and head out into the cold before late afternoon twilight makes it too dark for photos. 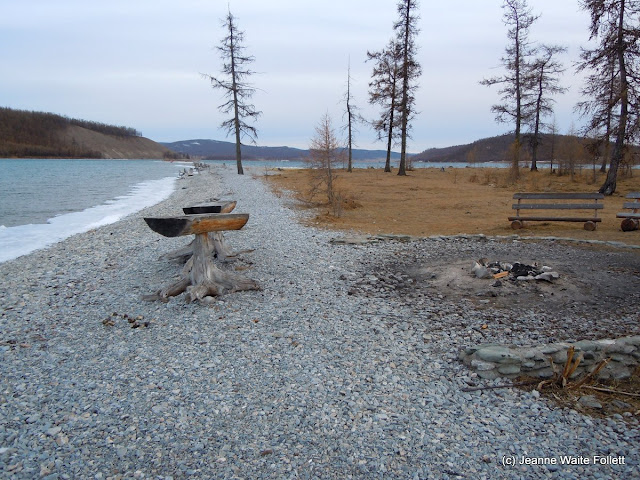 It doesn’t take long to realize that the five of us are the only guests at this resort.  They have opened it just for us!

Dinner time arrives and I head for the lodge.   The inside is every bit as magnificent as the outside.

A huge serving of braised sheep backs with onions and walnuts, sliced potatoes, baby corn, and mushrooms is placed before me.  While there are far more bones than meat, it’s still much more than I can eat.   From the shape of the bones and the tenderness of the meat, I figure “sheep backs” is a cut of the backbone with the tenderloin.   It is delicious.

Cap and Patti eat their own food in their ger, and then join us.

As the server removes my plate piled with bones and three of the large mushrooms, Cap says, “Patti, look at that!”   Cap hates wasting food and is appalled at what he takes to be a lot of waste.   There isn’t as much edible food as he thinks, but it doesn’t look like it.

I’m in a dilemma.   They opted out of the food on this trip and, as former restaurant worker/owner, I’m sensitive about giving Cap my leftovers.   Should one paying guest share a plate with a non-paying guest?   To me, it seems like cheating the restaurant.   It's one thing to share in a restaurant  where it really doesn't matter much unless it's a buffet, but quite another in a lodge where food is usually included on a package tour.

So, the rest of my plate goes to the kitchen.


And then, it’s off to my ger for the most comfortable bed yet on this trip. 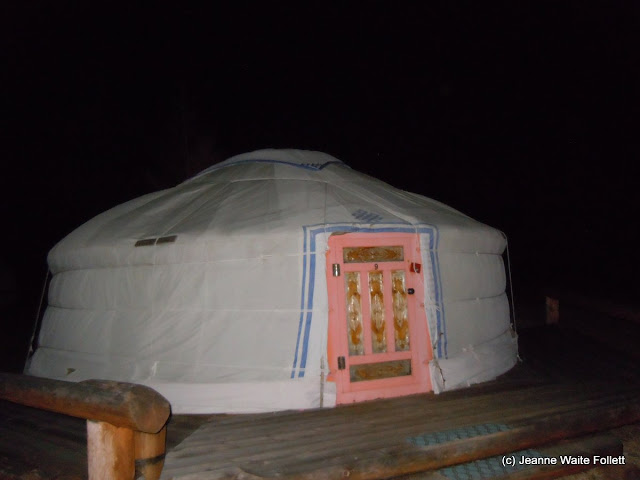 The spelling of the lake is, variously, Khuvsgul, Khövsgöl, Hövsgöl, or Hovsgol.  The name comes from Tuvaan words that mean “blue water lake.”

At 5397 feet above sea level, it is surrounded by mountain ranges, one of which has a peak of more than 11,300 ft.   It is the largest fresh water lake in Mongolia, second only to another lake that is salty.

Lake Khuvsgul holds 4 per cent of the world’s fresh water.   It is 85 miles long and 860 feet deep, and is considered one of 17 ancient lakes in the world, more than 2 million years old.

Trucks and other vehicles used to use the frozen lake to haul supplies, but that has been forbidden for fear of contaminating the water. 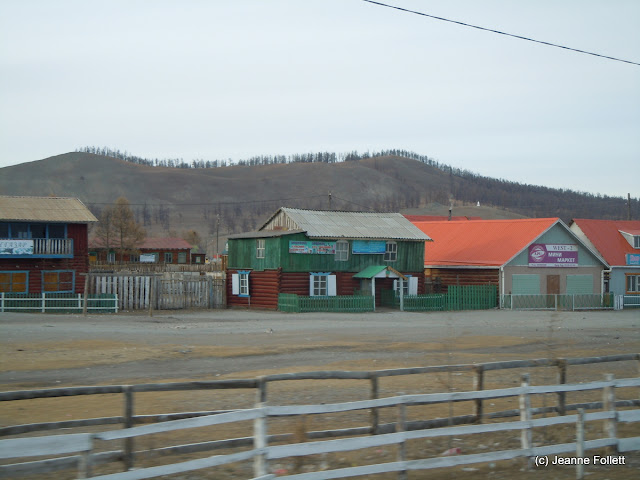