The 2nd Fur and Feathers Journals: In which hanging out with photographers can be dangerous to your pocketbook

in which hanging out with photographers can be dangerous to your pocketbook.

We’re on a weather delay at Lake Hood in Anchorage, the world’s largest float plane base, as rain drips and fog hovers and the forecast isn't good.   Reports from our destination are ambiguous, as in, “It’s your decision.”

I'm heading for Silver Salmon Creek, getting up close to the wild Coastal brown bears in that area, and a  photography workshop.  I was there last August and enjoyed it so much, I wish I could find a way to spend the summer there, without having to work, of course.

Silver salmon Creek is a hundred miles south of Anchorage, on the western shore of Cook Inlet, approximately across from Ninilchik and Anchor Point on the eastern side.   There are maps following.


Weather delays are something I’m used to, as I’ve spent hours and even days waiting for planes on dirt strips around Alaska, waiting and straining my ears for the sound of a plane, finally hearing one far away, and then realizing it’s just another mosquito buzzing around my head.


Meanwhile, lounging around the facilities of Regal Air,  I’m getting acquainted with the other folks in my group, Marg, Jantina, Jane, Diane, and Kevin.   I call him “our token male.”   Diane and Kevin are married; Diane and Jane are twins.
“I have a question,” I say to Marg.   “I take one photo on automatic focus and then next two or three are not in focus.”

“Your camera and your lens aren’t talking to each other,” she replies.  What she says makes sense and is something that I’ve suspected.  Even though I’d checked carefully that my Nikon D40 SLR camera could be used with an expensive Tamron 155-600mm lens, they weren’t getting along.

Trying to get in-focus shots of the spring waterfowl migration was frustrating and I really yearned for a solution.

Marg tells me my camera is too old.   But, I rebut, I’ve only had it about five years.

Marg gives me a look.  “The camera’s older than that,” she says.  Turns out, I bought it in 2009.   I consider the whole thing for a while, thinking about the blurry photos of bears from last year.

Right about then we learn we are delayed until at least three o’clock.   That is reinforced when  our baggage is unloaded and “our” plane leaves with a group going to another destination, meaning there is no way we can depart until “our” plane, a Cessna 206,  returns.

Our eyes light up and off we go to Costco to shop for a camera.   I walk out the door with a Nikon D3300, on sale, though I came mighty close to buying a D7200, which I realized was too much camera for a beginner.


We open the box in a restaurant and Marg immediately sets up the camera for operation.  She is to become my camera mentor for the duration, though she admits she wishes I’d bought the 7200 so she could explore it.  Back at Lake Hood, I attach the big lens and voila!   Détente in lens land.

And then, we are off—through the low clouds and mist, heading southwest along the far shore of Cook Inlet.   We listen through our headphones as pilots in the area notify each other of their position and weather situation.  Planes ahead of us, going in the same direction, turn back.   Just a few minutes can often mean better or worse weather, and on we went.  I’ve been in small planes often enough to know when to be scared, and I was perfectly fine with this flight.


There’s an old saying among bush pilots:   There are old pilots and there are bold pilots, but there are no old, bold pilots.


The weather near Silver Salmon Creek improves slowly as we near it, and by the time we get there, four small planes are on the beach, unloading and loading. 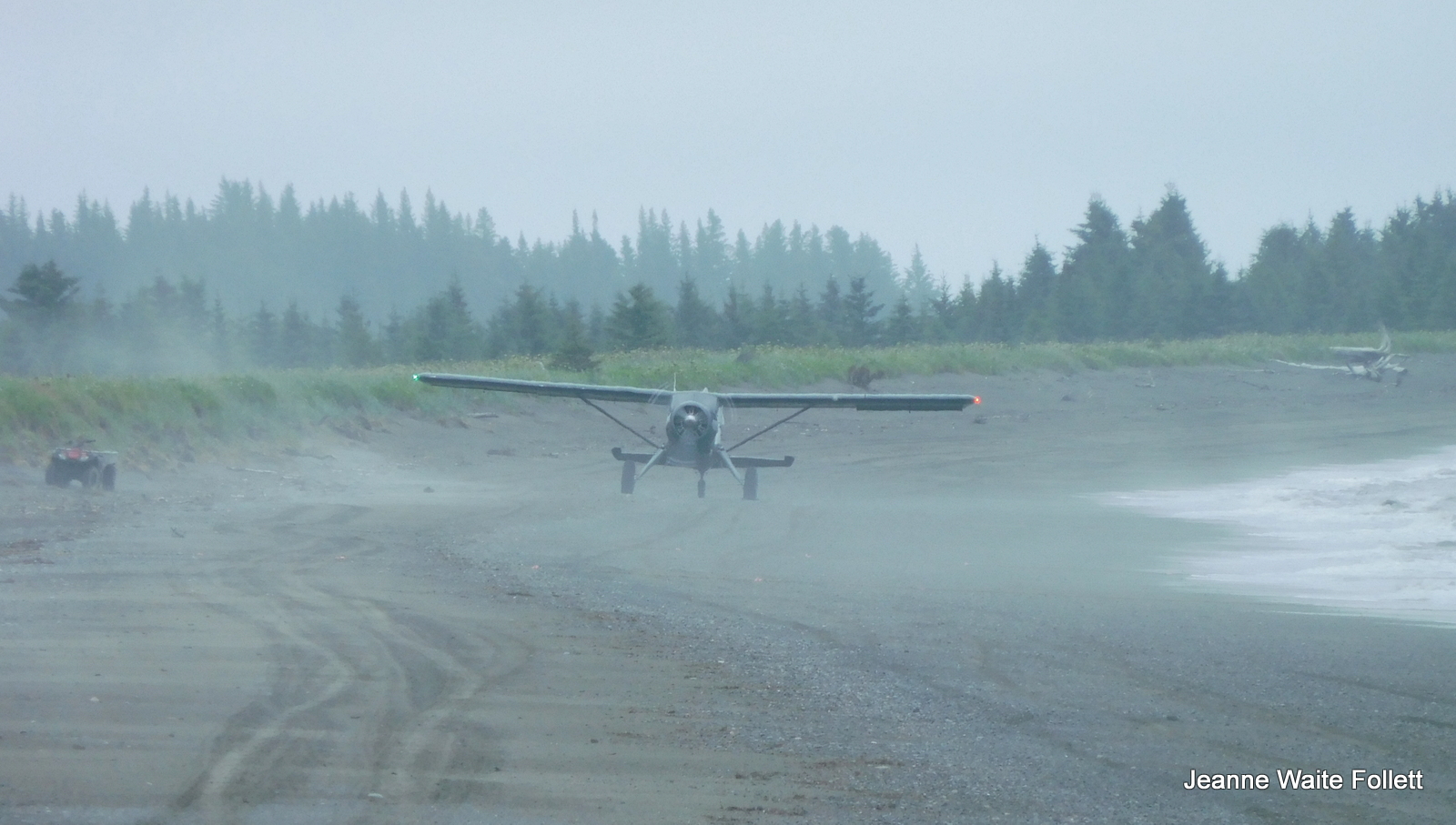 Waiting on the beach are staff from Silver Salmon Creek Lodge with ATVs and the small trailers in which the guests ride.

And, look there.  If it isn’t Gorgeous Brian, the eye candy guide from the lodge. 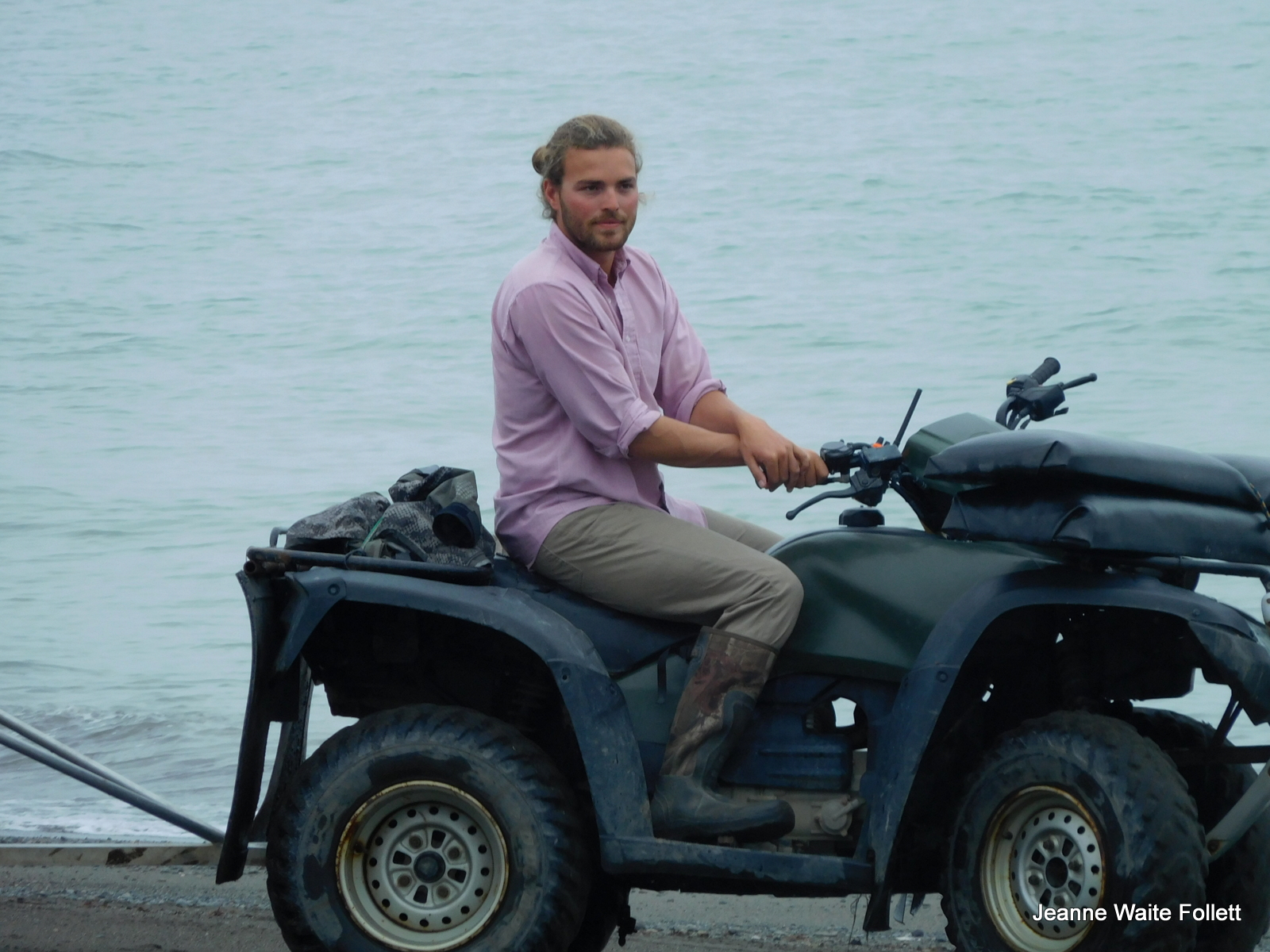 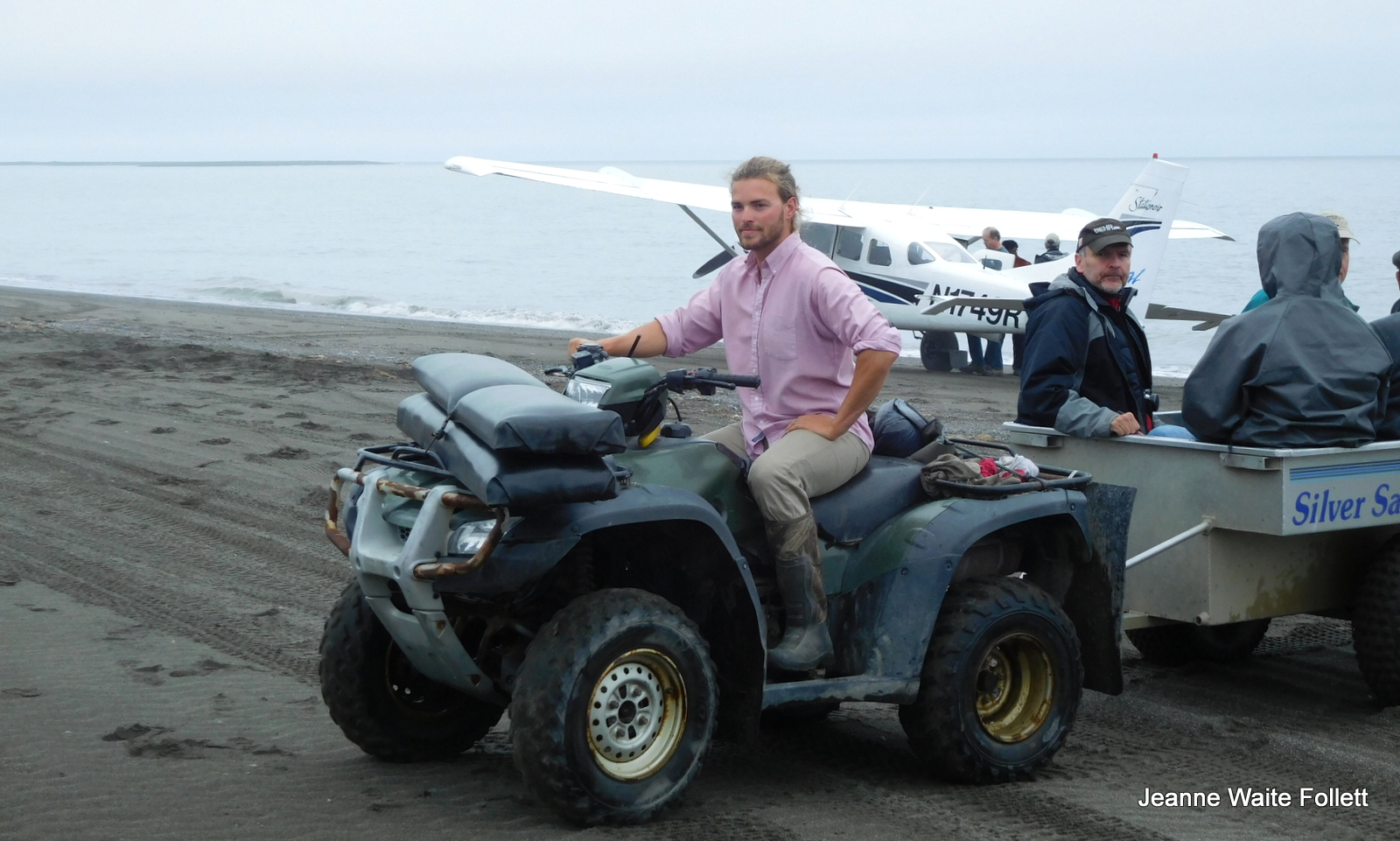 Oh, yeah, and my friend Rick.  Rick is running the workshop I’m attending, and was the guide last year. 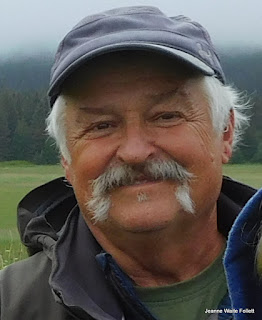 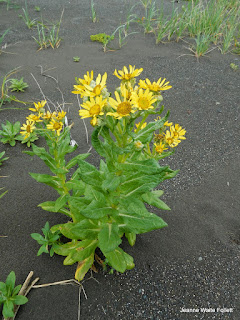 It is Rick who tells us Brian is leaving  in a couple days.

I guess that means we will have to concentrate on bears and photographs. 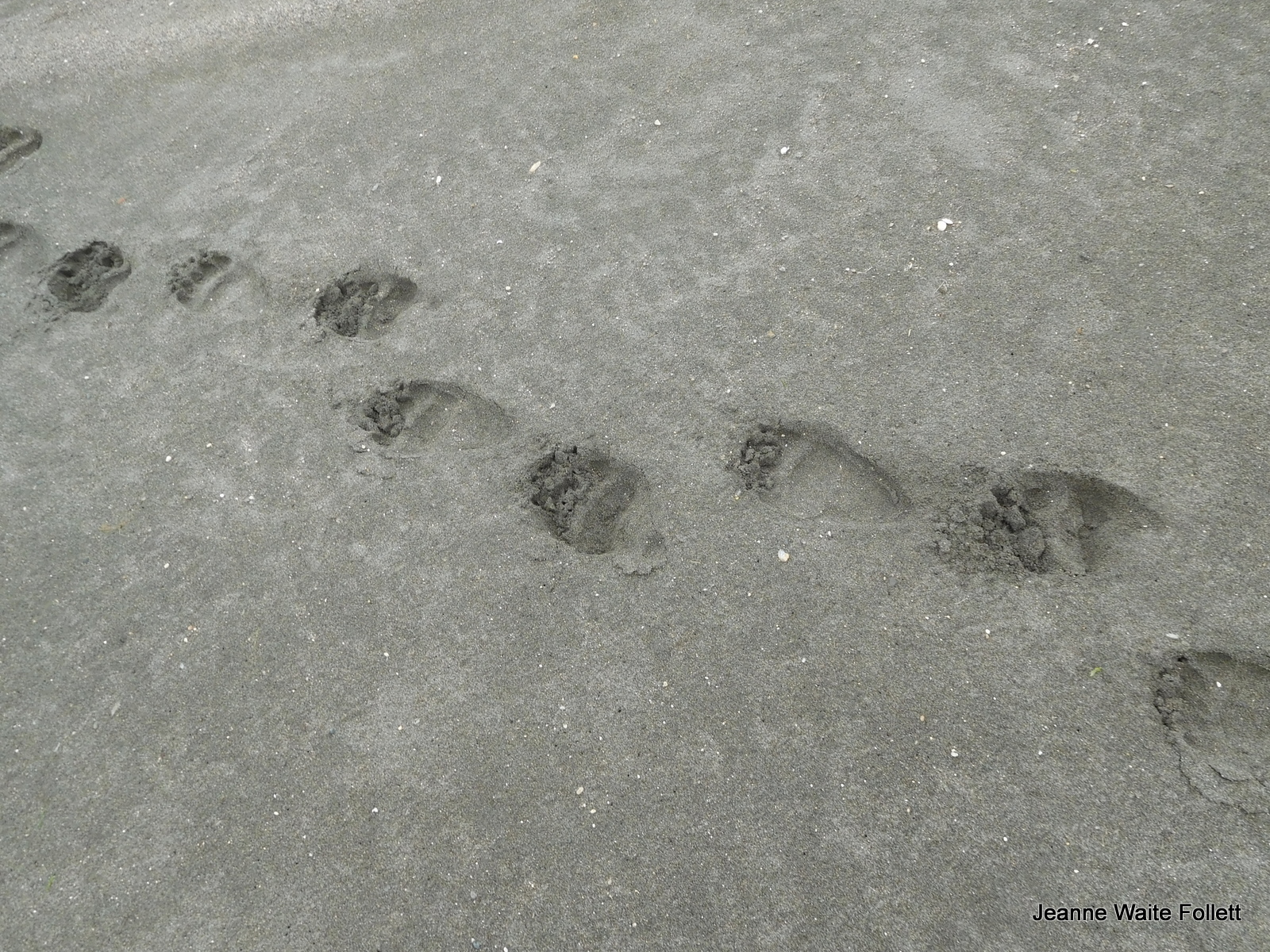