A Moment That Took My Breath Away


One day I was window shopping in a small town in New Zealand and came across a journal for sale.  It had a quote on its cover that caught my eye.

I have since adopted that as my mantra.   Well, that and the one about sliding into the grave sideways, totally worn out and shouting “Holy shit!   What a ride!”

I turned 75 in November, meaning that I am now three-quarters of a century old.   That’s a good impetus for introspection, a time to consider those moments when I was suspended in time and waiting for my breath to return.   One of the most indelible occurred in Tibet while I was on a leaky “river boat” crossing a wide river called the Yarlung Tsangpo. 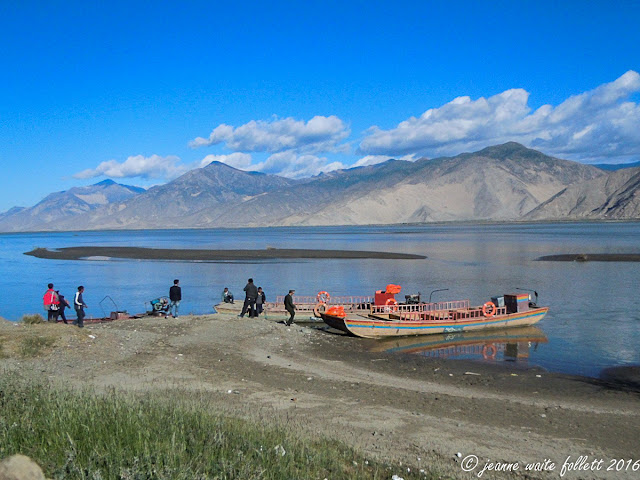 I noticed a woman as we approached the primitive boat landing to board the craft.  Her image was striking; her age impossible to determine.  Wooden benches along the hull provided seats, as did a wooden structure amidships.  Whether it was luck or fate—or perhaps serendipity—that woman and I wound up seated across from each other. 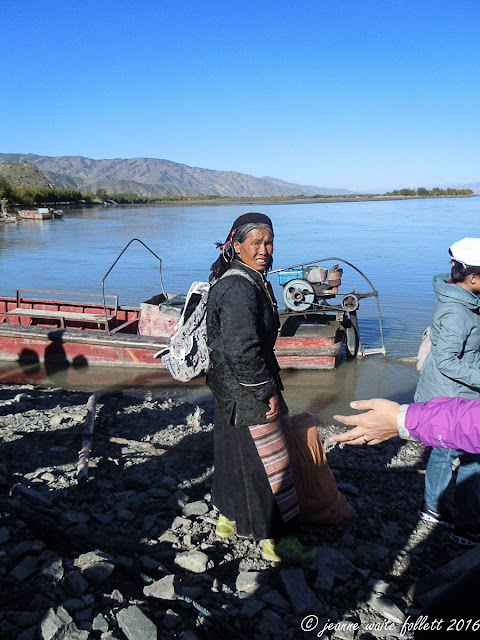 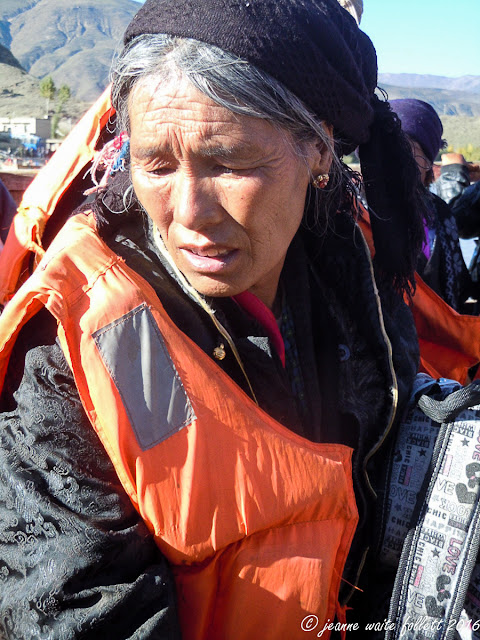 She never looked at me that I noticed, while I tried not to stare at her evocative face.   Her colorful striped apron told me she was married.  Other than that, she was dressed all in black, except for her shoes.   They were bright yellow sneakers. 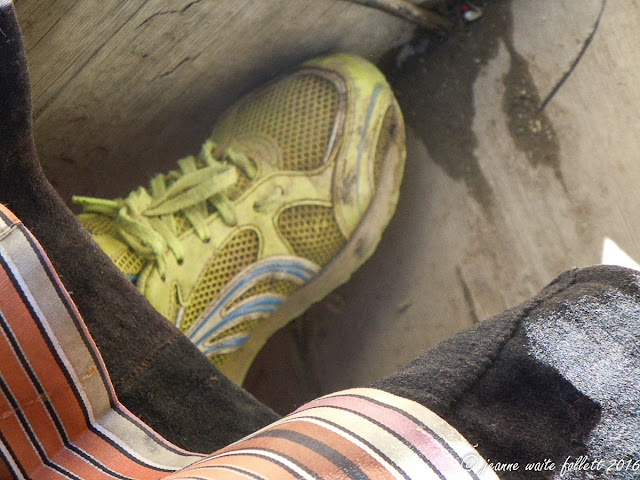 One of our group was a red-haired gregarious lady who was seated next to the old woman and attempted to engage her attention.   The woman smiled. 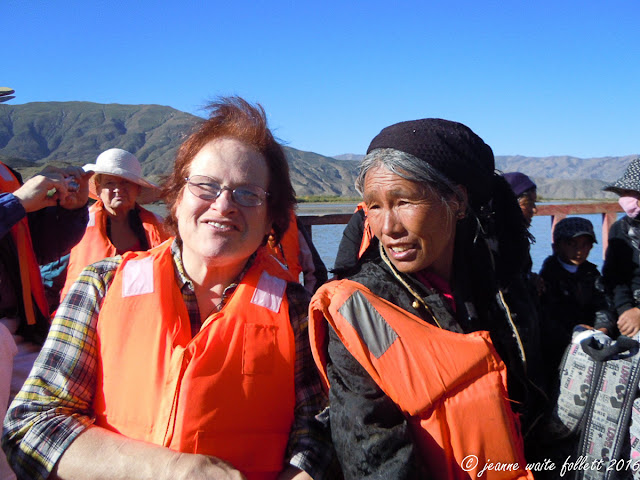 Soon the young Tibetan boy seated next to me moved to sit with his father on the stern and the old woman crossed to sit beside me.   At first, she remained silent.

Then, in a move that took my breath away, she lifted my right hand and placed hers next to it.  I noted, of course, the obvious difference in skin color. 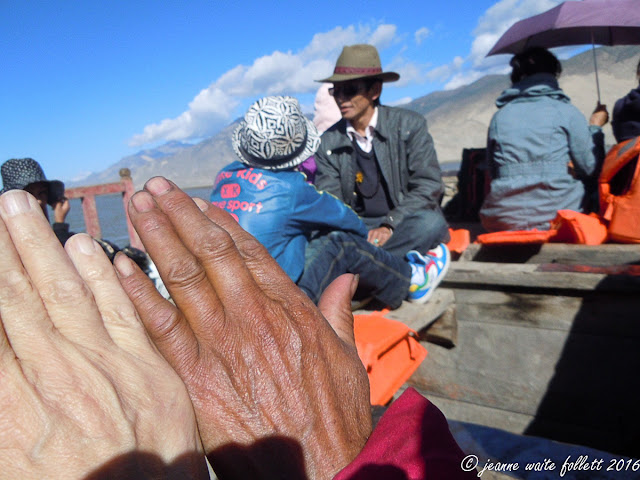 And then, I noted the similarities.   Both were hands that had known hard labor, both showed the wrinkles of time, both had knuckles that indicated arthritis.   The longer I looked, the more I realized how alike we were.

And that is what I wish for you and all the people of the world on this first day of 2017—moments that take your breath away.

Yes, we have differences, sometimes deep and profound things on which we disagree.  But if you take the time to look, you will see how similar we are, how we all hope for good lives, for friendship, love, and respect. 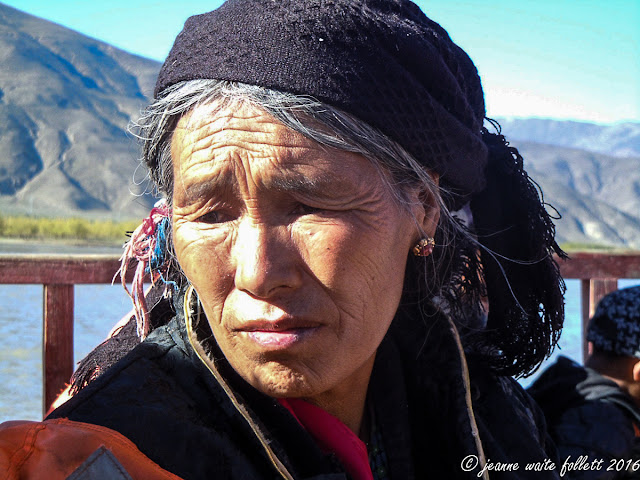 On a special note, I will never forget that woman and how she had the courage to communicate with me through our hands.   I hope someday the Tibetans will have their country, their religion and customs, their true Dalai Lama back, and that China will leave Tibet before it is too late.