The leopard moves silently through the tall riverside grasses, along a path only she can see.  Her light and dark spots help camouflage her as she hunts for prey, mimicking dappled sunlight and shadows. 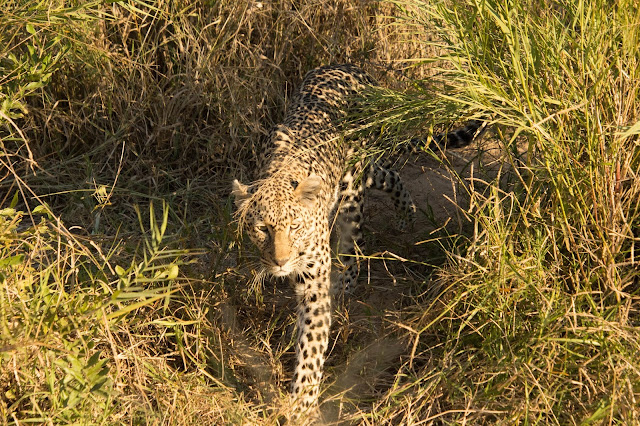 We parallel her at a distance, taking our shots when she comes into view, which isn’t often.    Sometimes, we lose her entirely, which is probably what she hopes will happen. 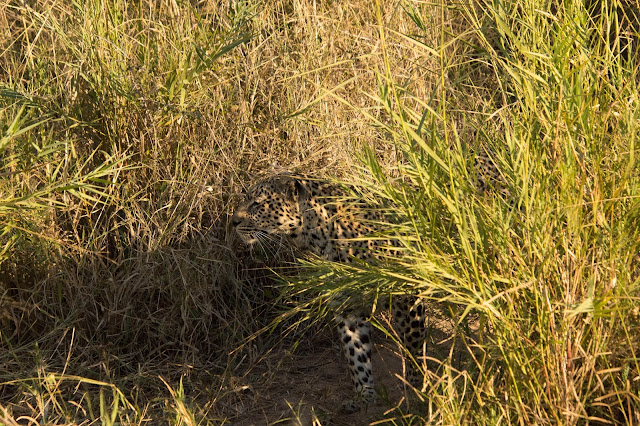 At those times, Matt drives ahead of her and waits.   Richard, sitting in his front spotting seat, always seems to know where she is even though none of us can see her. 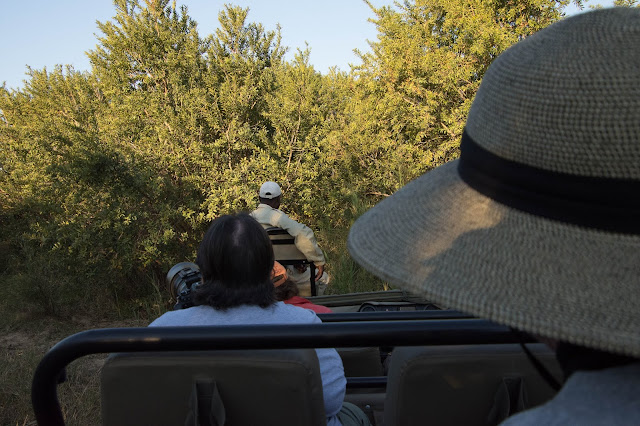 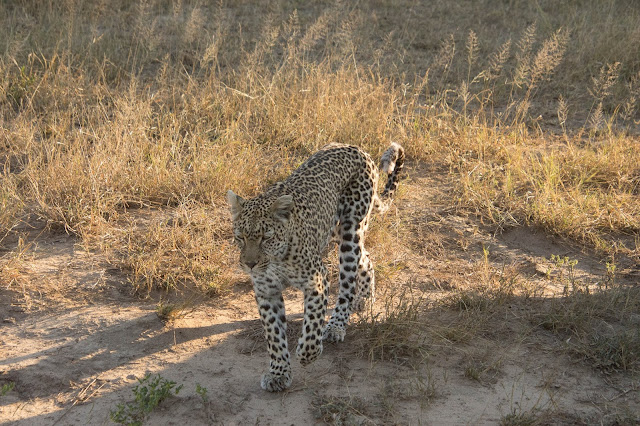 We approach a thicket of brush and trees and a massive form moves deeper into the shade.   A hippo—out of the water at this time of day and very unusual.

A little farther on, we see a bush buck in another thicket—apparently sensing the approaching leopard and now frozen in fear. 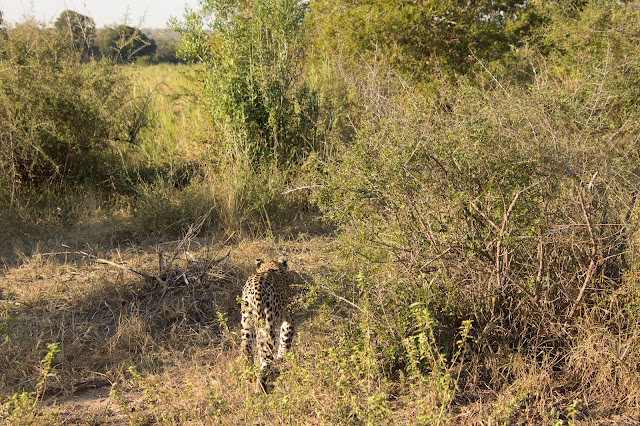 We wait, but the leopard doesn’t appear.  Matt drives back around the edge of the thicket where the bush buck stands.

The leopard is in an opening in the grass and reeds. 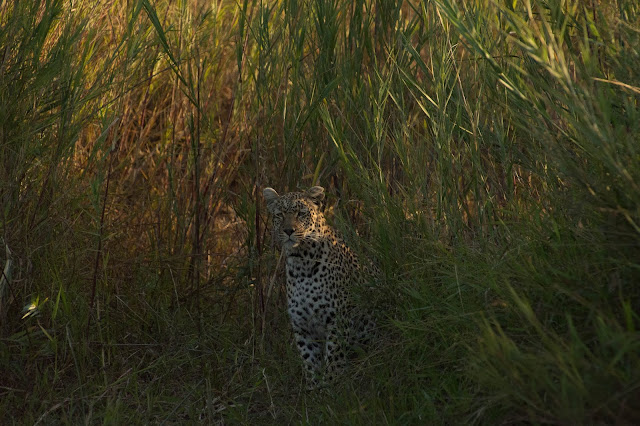 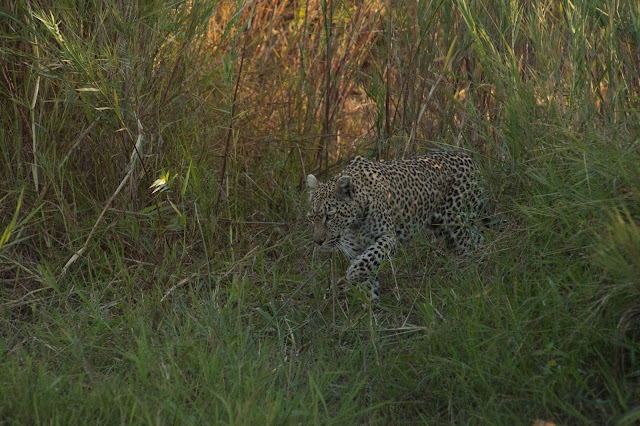 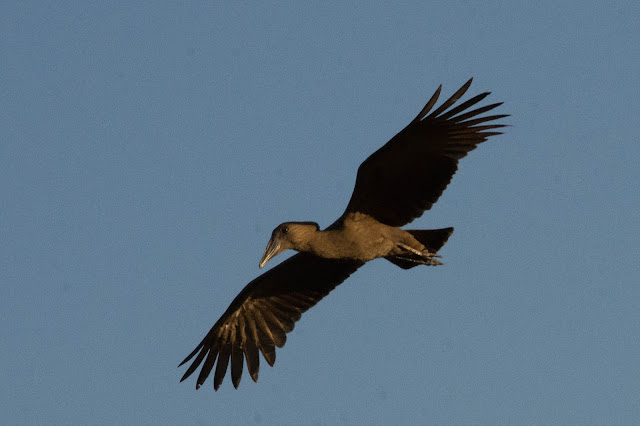 Birds, actually.   A bunch of hamerkops (aka hammerkopf) juveniles are swooping over the leopard and squawking at it.   Again and again they dive at the leopard, who studiously ignores the noisy birds,   If our presence hadn’t already blown her clover, the hamerkops make sure of it.. 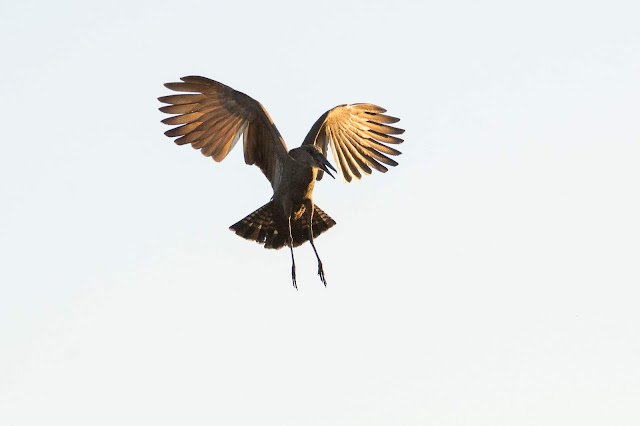 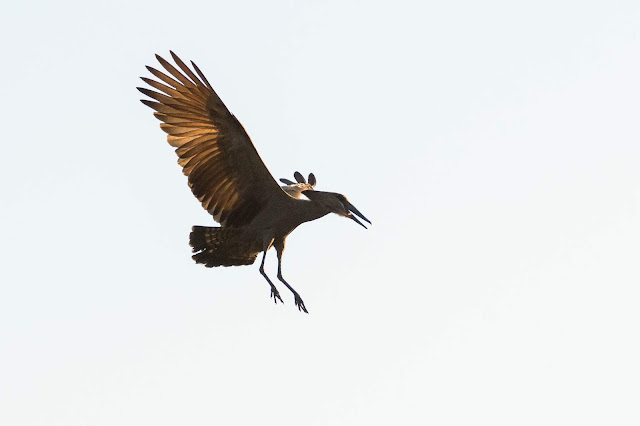 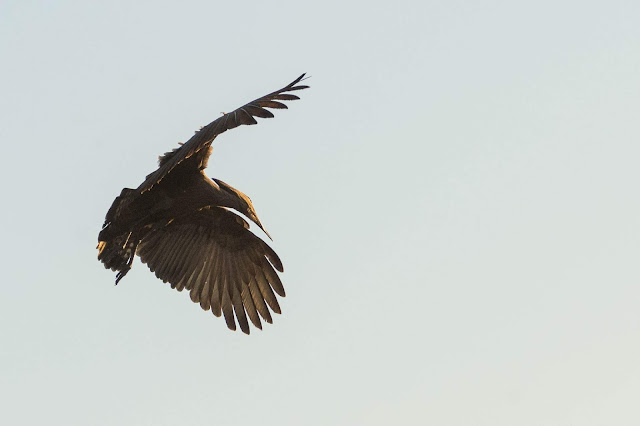 I am thrilled to pieces and trying to shoot the birds in flight.   Too late, I realize I neglected to get a photo of the entire scene with the birds harassing the leopard. 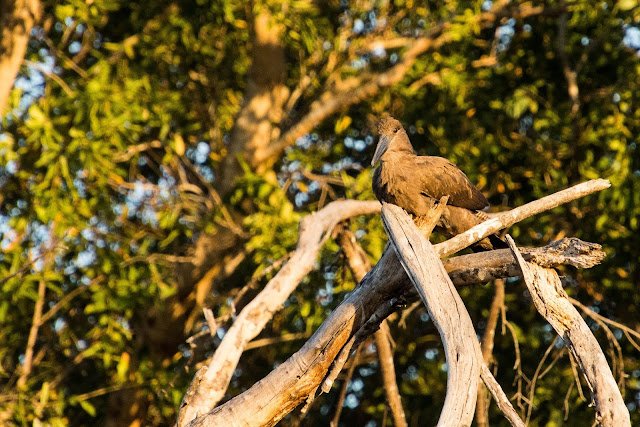 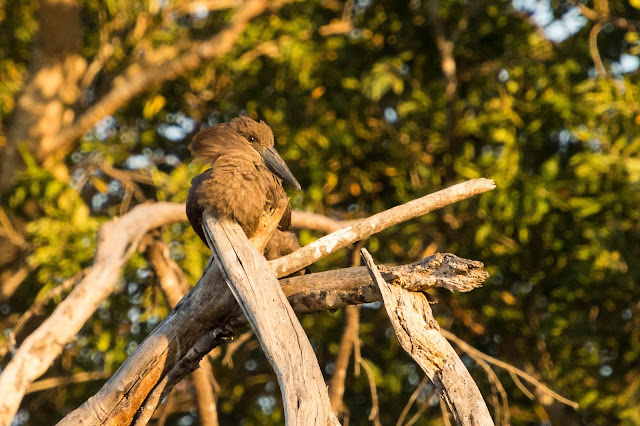 I love hamerkops.   I love that the bird confounds those who would say it’s a heron, or those who claims it’s a stork.   Most agree it’s an unusual bird, unusual in that it has the characteristics of herons (its bill) and of a stork (its bill combined with its elongated head), but then again, its feet look much like a flamingo’s.

As one source avers, “it stretches its neck forward like a stork or ibis, but when it flaps, it coils its neck back something like a heron.” 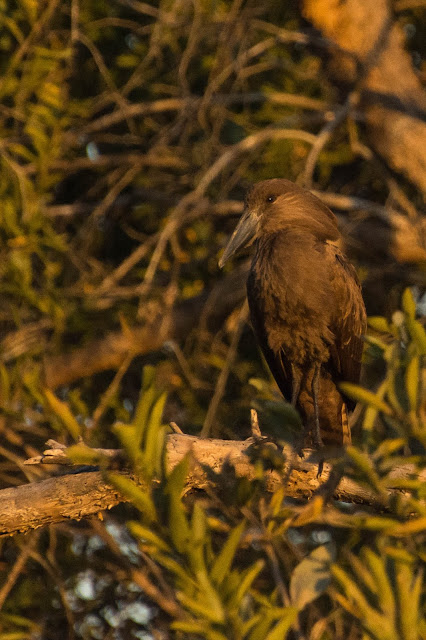 That a little wading bird usually less than two feet high can cause such confusion/disagreement tickles me no end.


Myself, I think the hamerkop would fit right in with corvids--those rascally, prank-playing ravens, magpies, and jays.

It’s usually seen around water.   The first ones I saw stood statue-still in moving water, striking and catching amphibians in clear water.   At other times, it will shuffle one foot, dislodging its prey from hiding. 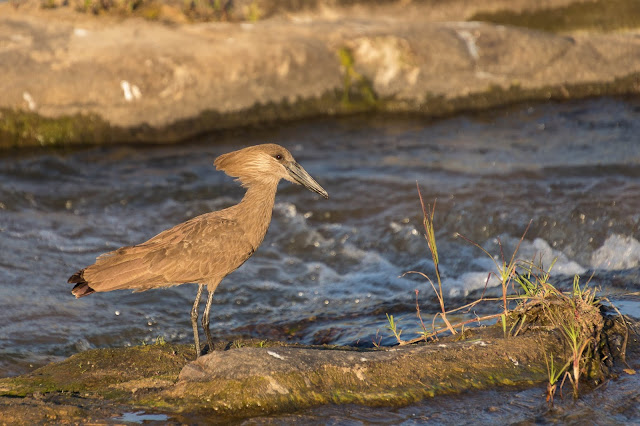 Later on in this trip, we were entertained by a hamerkop in the breaking dawn as we hid in a water-level blind.  We were supposed to be quiet so the birds wouldn’t know we were there, so there were a lot of suppressed giggles and laughs.

The bird hopped down from the roof, got right up against the glass of the hide, uttered its maniacal cry,  and walked along the sill, shuffling a foot and then catching a small fish.

But the hamerkop’s real claim to fame is its nest-building, often building several stick nests a year.   Anywhere from four to six feet across, with a roof three feet thick, the nest can safely take the weight of a full grown man.

In addition, the birds will often build several nests a year, which is a bit maniacal in itself.   Sometimes owls move in and squat, raise their young, and depart.   And, sometimes, the hamerkops will then reuse the nest.

More photos from the Sabi Sands: 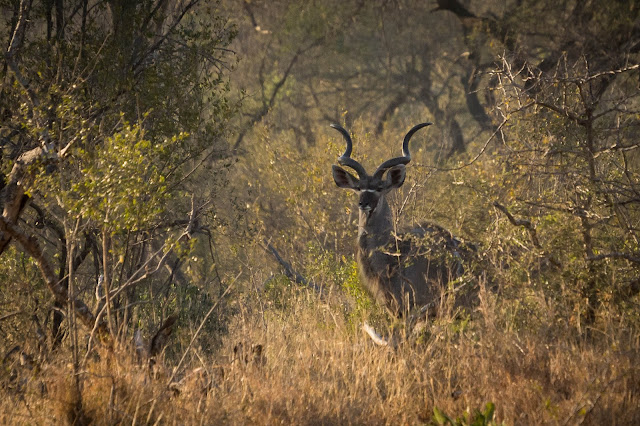 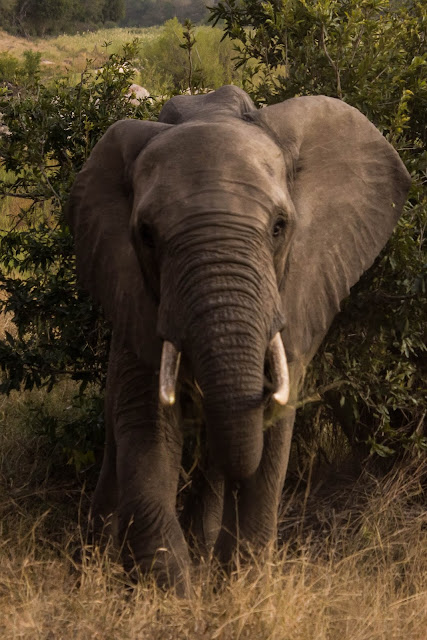 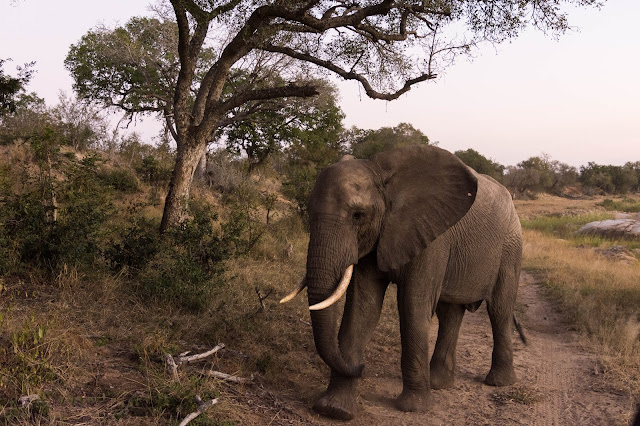 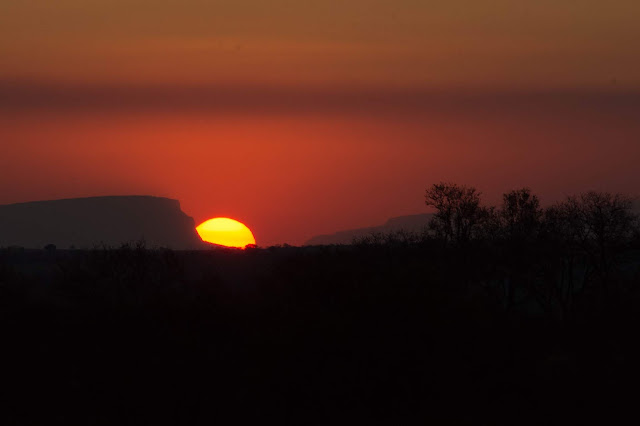