When James Stevenson-Hamilton, “a bachelor, a man of means, and a professional solider”, was appointed to the new and unheard-of position as the first warden of Sabi Nature Reserve in 1902, his orders from the also new Commissioner of Native Affairs were to “make himself generally disagreeable” and to eliminate poaching.

Stevenson-Hamilton obtained a map, a wagon, oxen, supplies, and ammunition and went into a land described as a “white man’s grave” in the wild, malaria-ridden bushveld of eastern South Africa.   Wildlife conservation at that time was a very controversial idea and debated heatedly in the South African parliament..

He accomplished his first order by immediately banning hunting within the reserve area, reportedly saying that if he could subsist on tinned meat rather than killing the nearest impala, so could the white men and natives who lived there. 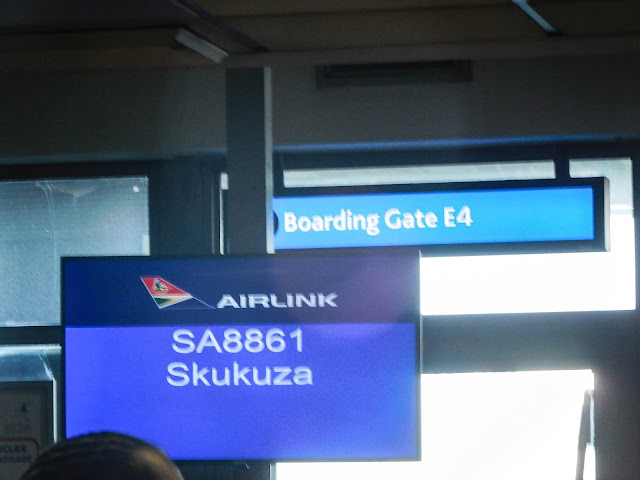 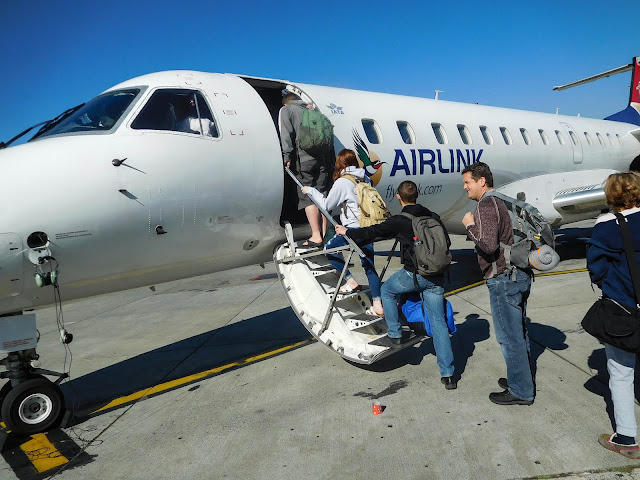 Then he ordered the native Tsonga's kraals (corrals or fences built of thorny brush for protection from predators) to be relocated out of the reserve.   And thus changed the native’s way of life forever.

Understandably, the Tsonga were not happy.   Stevenson-Hamilton was soon called by the Zulu word skukuza, which means “he who turned everything upside down,” or, in another interpretation, “the man who swept clean.”

Stevenson-Hamilton eventually gained the trust and friendship of the locals.   He remained past his two-year contract and became known as a dedicated conservationist of wildlife.  His efforts in having the Sabi reserve area designated a national park eventually resulted in the Kruger National Park being formed, and in 1927 the park received its first tourists. 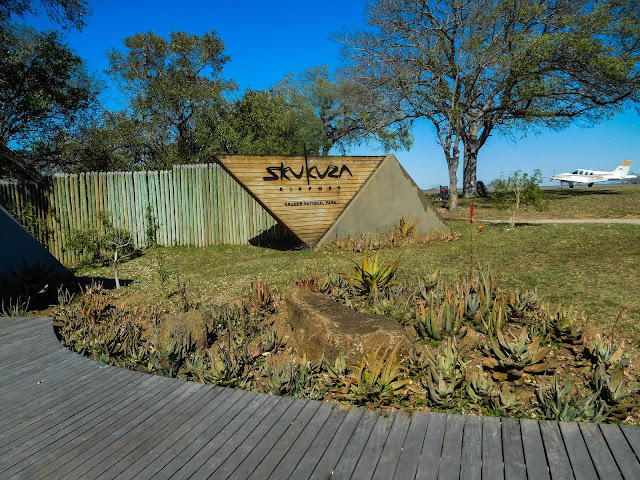 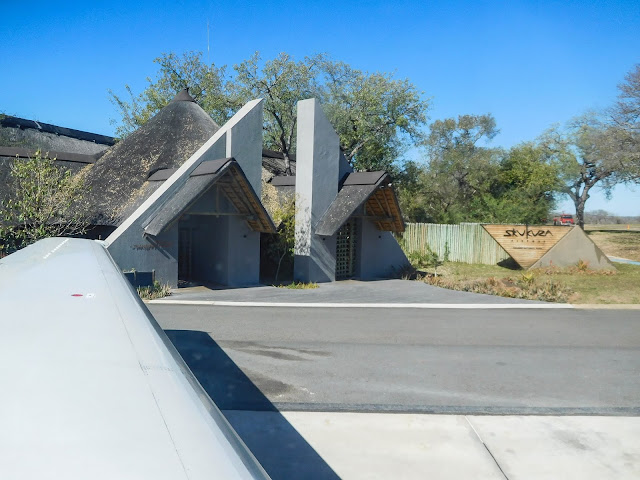 After deplaning, we are met by Matt, who will be our ranger/guide for the next four days.  We load up in a safari vehicle and drive along a fence.   It isn’t the Kruger or the Sabi Sands areas that are fenced, but the Skukuza airport.  That makes for less perilous landings with no Cape buffalo or elephants on the 5000-foot runway.

Matt pulls up to the main lodge and we are transported back to the 1920s when Harry Kirkman homesteaded this area.  Artifacts and photos of the era abound inside various structures, with many containing original furniture from the same era.


The place is undeniably charming.   Though I suspect it was once a hunting lodge, it now hosts tourists and photographers in its 18 rooms, two rooms per bungalow.  Because it is unfenced and wild animals frequently wander through, we are confined to our quarters during hours of darkness.


“Wave a flashlight (provided) out the door and a security guard will come to escort you.”

Holly and I adhere to this advice rigidly, unless we are slipping into Marg’s adjoining room in our cottage.   As we never see Laura from the next bungalow after dark, except at dinner, I guess she also obeys the dictum.

The only time we encountered trouble was during the daylight afternoon, in between safaris.   But, I digress and will save that story for another time.  Soon, I promise.

Holly and I share room 9, Marg 10, and Holly 11.  After we get somewhat settled and have lunch, I grab my camera and wander the grounds. 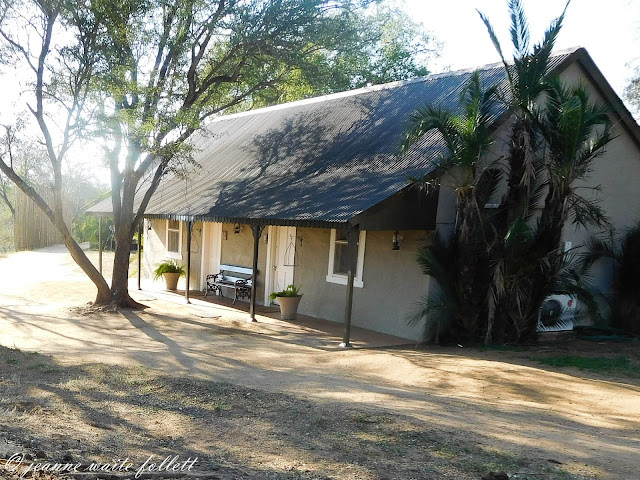 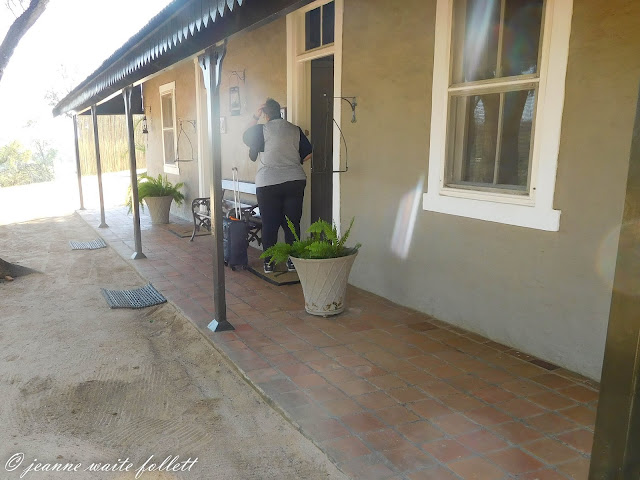 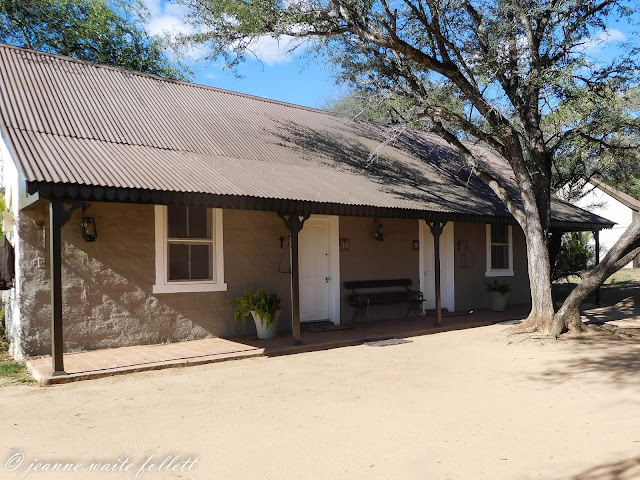 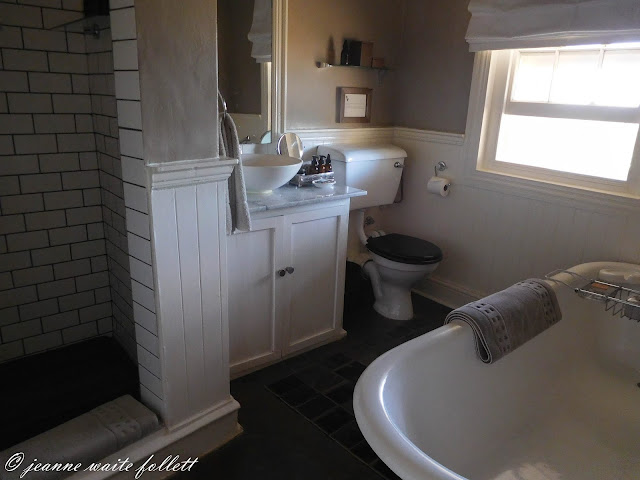 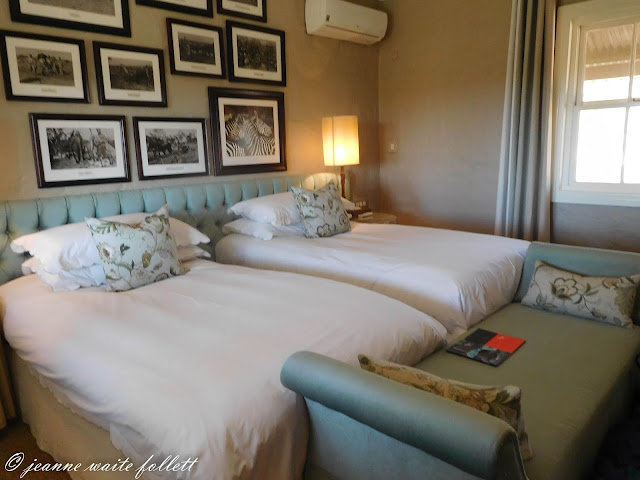 The next safari will be mid-afternoon, after the heat of day begins to subside.   For photographers, it’s also the time when the harsh light begins to mellow. 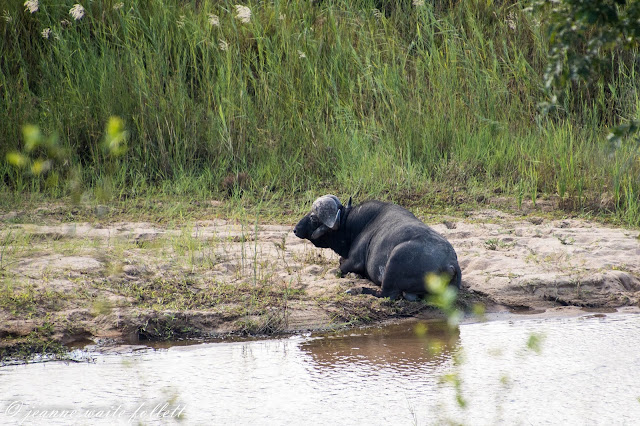 I am gobsmacked.   All these birds are possible sightings: 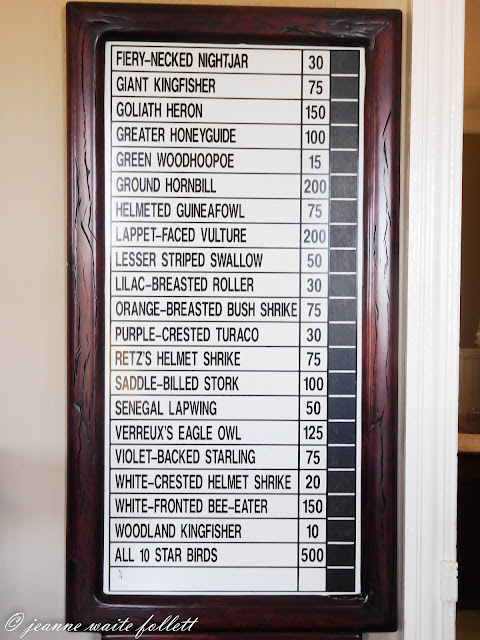 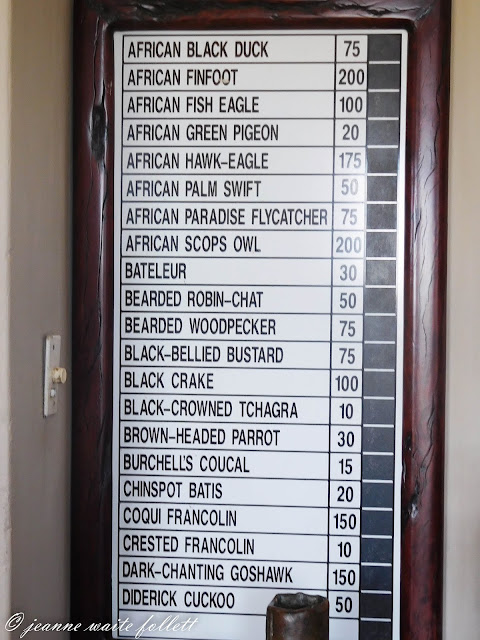 Oh, yeah.   And these mammals. 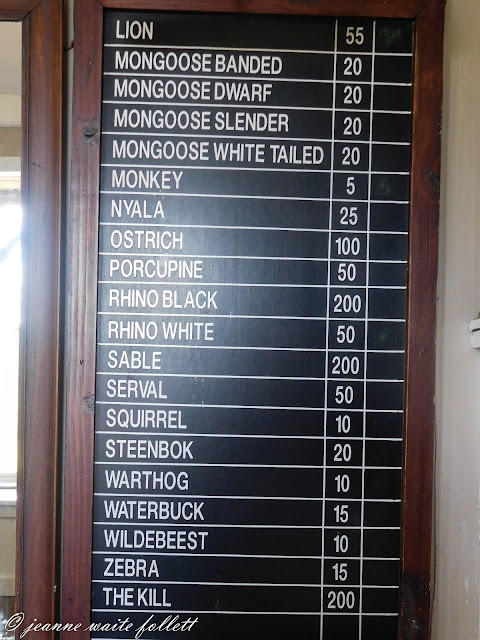 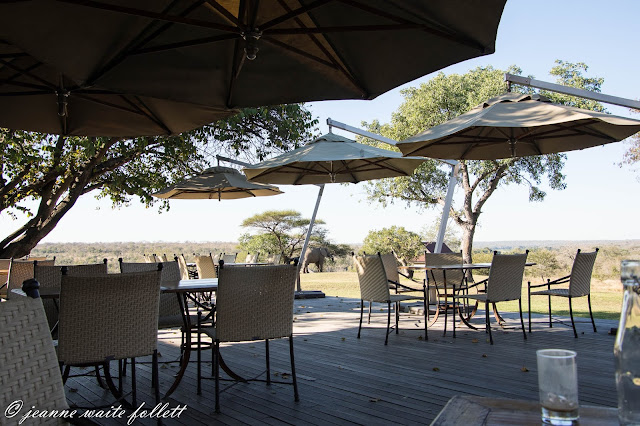 Lunch was sumptuous affair, though for us, we opted to skip lunch after this one.   Why?   Because we arrived in camp for breakfast at 10 A.M., and lunch was at 1 P.M.   We did quite well on two meals a day, plus the snacks provided early morning and late afternoon. 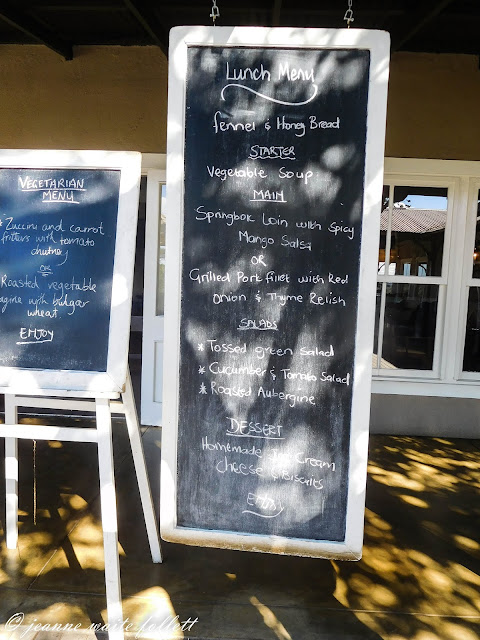 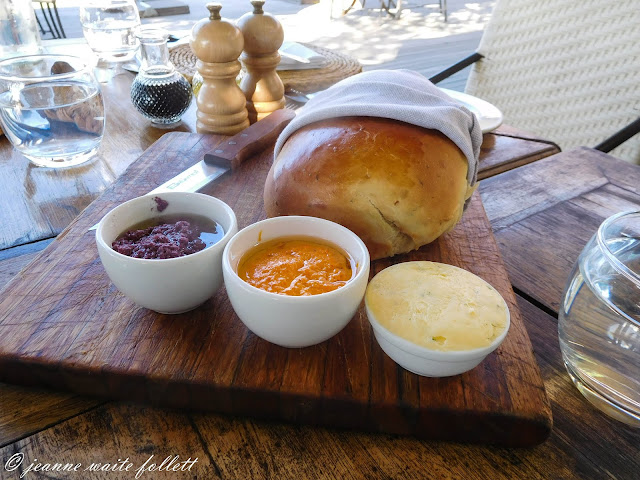 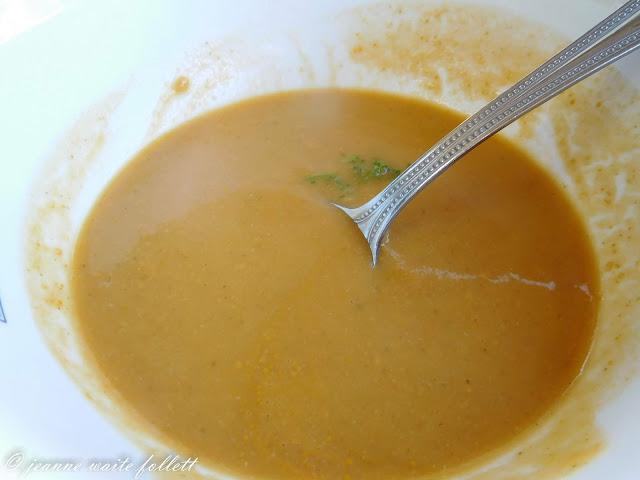 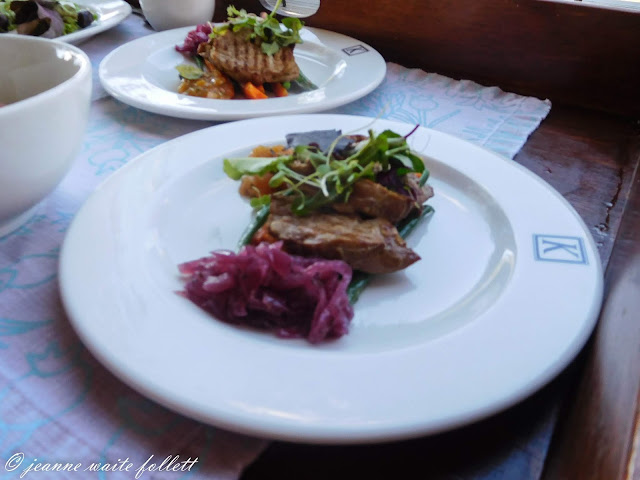 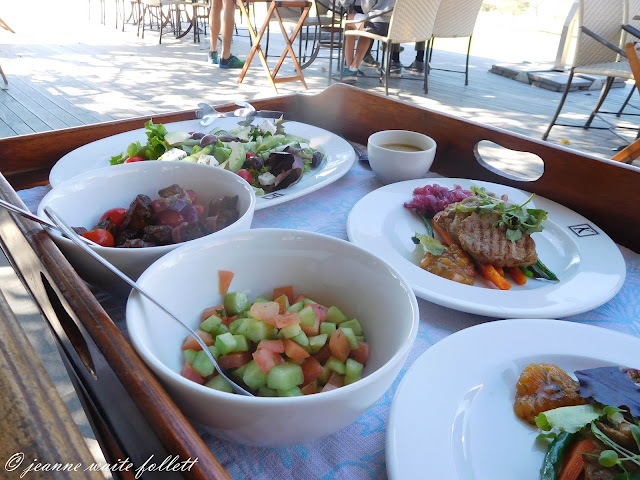 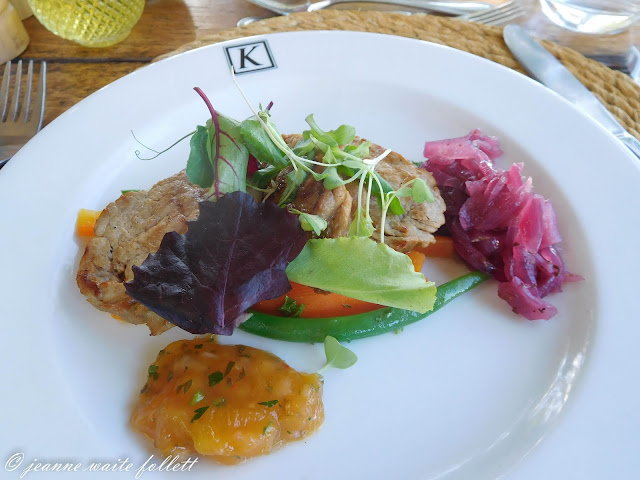