My plans to finish splitting the firewood were interrupted yesterday when snow began falling. I covered everything with those ubiquitous blue tarps, then moved the split wood into the woodshed in the rear of the picture. The wood splitter followed, and the trailer with the wood yet to be split wound up in the carport to keep the snow off it. 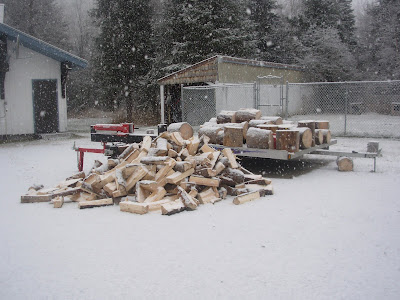 But, before the snow began, we'd had a number of cold days and hoar frost covered the trees. On the way out to the end of the long driveway to get the paper one morning, I noticed patches of particularly heavy hoar frost. I moved closer to investigate. Beneath each patch of heavy frost there seemed to be a hole in the ground, under a mound, beneath the roots of spruce trees, etc.

I think I had discovered some critter habitats. 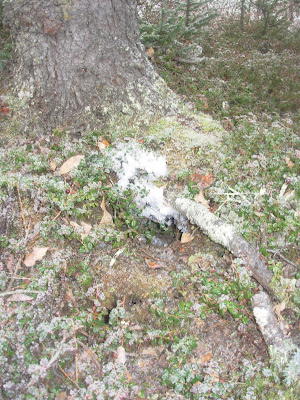 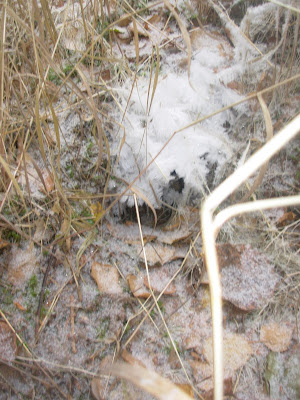 I was reminded of our early snowfall on Oct. 5. Again, on the way to pick up the newspaper, a brown snowshoe hare paused in mid-driveway when it saw me coming. Because they turn white in the winter, it thought it was disguised. Actually, it was as obvious as a brown hare on a driveway covered with snow....