So what do you suppose an Alaskan would do after retiring from his second career and moving from Washington, D.C., to Washington state? If you guessed “start a third career,” you got it right. That’s what my brother Jim along with his Alaskan wife Karen have done. 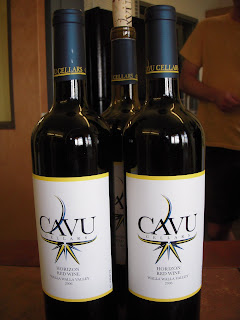 They have joined into a partnership with their elder son Joel, who was born in Alaska, and are now making wine in the Walla Walla area. Their second son Jason is off in some god-forsaken part of Alaska called Fairbanks, pursuing his doctorate AND his second master’s degrees. Daughter Marissa is taking a break from her pursuit of dentistry to care for her newborn daughter.

But this story is all about wine, not my relatives. Okay, it’s a little about my relatives, because if not for them, I wouldn’t be telling you about the wine they make.

Historically, Walla Walla was a stopping place for wagon trains heading to Oregon. Today it’s famous for the sweet onions that grow there, and that onion is the official state vegetable. It’s also known for wheat and other crops. The thing about growing wheat is that it leeches nitrogen from the soil, and that’s what grape vines love—poor soil. Those little round orbs also love Walla Walla’s warm, dry climate and the extra hours of daylight it receives in the summer—two hours more than California’s Napa Valley. And like most of us, grapes love sunshine.

So with all those things going for growing grapes, what do you suppose Walla Walla did? No, not this time, you cynic. This time government got on board the grapetrain. The Walla Walla Community College offers a two year associates program in enology and viticulture, with hands on experience in winemaking, viticulture, and wine sales. That’s the reason nephew Joel moved from DC to Walla Walla. 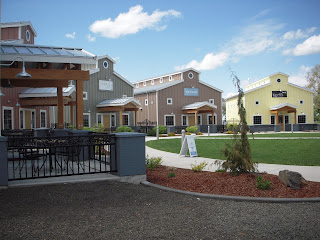 Then, the Port of WW built five winery incubators, as they’re called. Basically, the five buildings are bare-bones set-ups for new wineries. Located in the WW Regional Airport Industrial Park, each building is 1600 square feet of production, office, and tasting room. They aren’t meant for long-term lease, and each tenant must move out after six years, or before.

An initial low monthly lease increases annually, and tenants have to buy their own equipment. Joel showed me around his building, the gigantic stainless steel tanks for intial fermentation, the expensive computerized control system for glycol-chilling the tanks, the racks of oak barrels for aging, and the various declorinators and other equipment necessary for the winery’s operation. And, the lovely Toyota forklift that not only hoists stuff up and down, but can take a huge tote of grapes and turn it upside down to empty it into a crusher. Mega bucks for all the equipment. Starting a winery is not for the feint of heart. 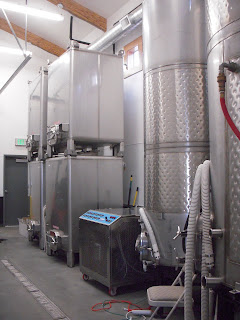 He also explained the operation of the mobile bottling plant they hire when the time comes, and how efficiently they are able to bottle, cork, label, and case their wines.

CAVU Cellars is the name of their label, CAVU being an aeronautical acronym for “ceiling and visibility unlimited.” It’s a nod to my brother’s first career—a military pilot. The blue and gold label colors are another nod to their Alaskan heritage, those being the colors of the Alaska flag. I didn’t ask, but I also suspect their address of 602 Piper Street had something to do with the name choice, because the Piper Super Cub is the most loved small airplane in Alaska. 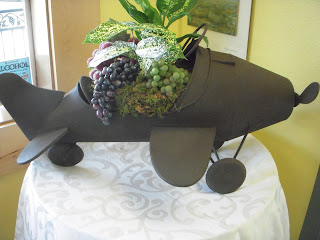 But catchy names and classy labels do not a good wine make. It takes someone like Joel, a gourmet chef who worked in some of the finest restaurants in DC and had his own high-end catering business for private clients for many years, to make a good wine. Joel wowed the hundreds of tasters and buyers that descended on Walla Walla wine country the first weekend in May for the spring release of new wines. For wine aficionados, it’s a really big event.

CAVU Cellars immediately sold out of its limited inventory of Barbera Rose´, and I know why. I tend to prefer the slightly sweeter wines, and this beautifully-hued wine was perfect for me. Even though it is sold out, I was able to sample some because I knew someone, as the saying goes. Also available were Sauvignon Blanc and Horizon Red. Soon he’ll be bottling his Barbera, Malbec and Cabernet Sauvignon. 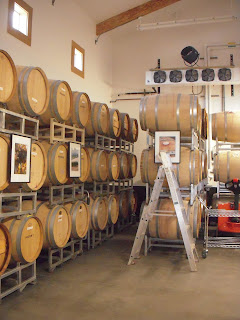 So that’s what my brother and his wife are doing these days instead of driving around the country in a big ol’ honking motorhome, the one that was on their bucket list before they retired. They’re working their tails off at CAVU Cellars, following the lead of their winemaker son Joel, the one whose experiments with varietals is already showing his genius and discerning palate. 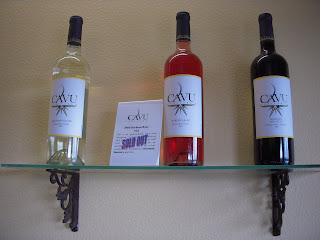 There are some mountains around Walla Walla—the Blue Mountains—but nothing like what we have in Alaska. For the most part, Walla Walla reminds me wide open spaces…where the ceiling and visibility are unlimited. 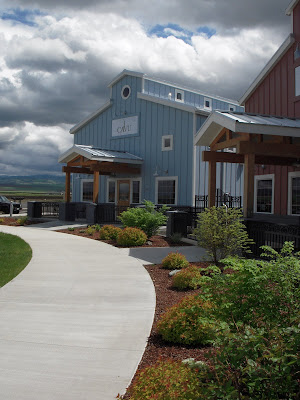