(Note: Last month I published three parts of this continuing saga about a small island in the Aleutian Chain of Alaska. Part one told of my father's return from WWII, part two about the invasion and occupation of US territory during that war and the establishing of a forward operating base on the island. Part three related the underground nuclear tests detonated on Amchitka Island. In this part, Amchitka is once again called into service by the country.)

The general was in deep doo-doo. He had managed, with his insistent views on the future of warfare, to anger not only his immediate superiors, but other branches of the military as well.

Criticism after criticism of a short-sighted military system poured from the general’s mouth, until he was ordered overseas to and , mostly to get him out of the adoring public’s eye and off the front pages. Returning with a 324-page, the brigadier general predicted the United States’ next war would be with Japan, and that they would mount a surprise attack on Pearl Harbor. That was in 1924.

He still couldn’t keep his mouth shut, charging that senior officers of the Army and Navy were incompetent and guilty of “almost treasonable administration of the national defense.” For that William “Billy” Mitchell court-martialed and convicted of insubordination, and suspended from active duty for five years. Mitchell resigned, but continued advocating for stronger airpower. Today, he is considered the father of the air force.


Speaking before the Congress in 1935, Mitchell said this:

is our dangerous enemy in the Pacific. They won’t attack . They will come right here to . Alaska is the most central place in the world for aircraft, and that is true either of Europe, Asia, or . I believe in the future he who holds will hold the world, and I think it is the most important strategic place in the world.”

About that and many other opinions, Mitchell was shown to be correct. Fifty-three years later, was once again selected for testing a new defense system. An island so far off the western mainland of Alaska that it would be in tomorrow were it not for a jog in the International dateline, was perfect for the project. 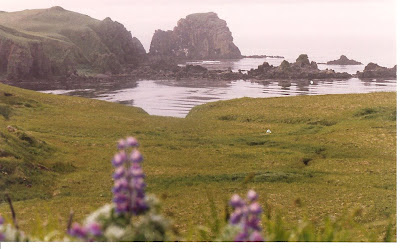 Quiet and peaceful Amchitka Island, called back into service of the country.

In between the time Gen. Mitchell spoke to Congress and 1988, this is how figured in the defense of the :

1. Early in WWII, Japanese enemy forces invaded and occupied the farthest islands in ’s Aleutian Islands, giving them a foothold from which they could have mounted attacks on the west coast of the . was next in their plans.


2. forces set up a forward attack base on and drove the Japanese from and Kiska islands. 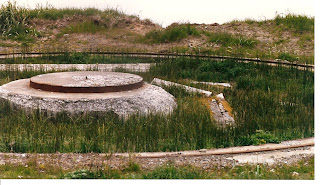 WWII gun mount. A short distance away from this mount, I found live 50mm machine gun ammo in the bottom of a foxhole, the metal clips still in place but the webbing that held them in a belt had rotted away.

3. In the late 1960s, three underground nuclear tests were detonated on by the Atomic Energy Commission. 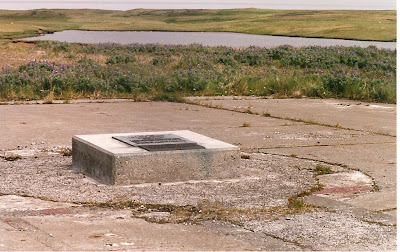 The site of the largest underground nuclear test on Amchitka, and the lake formed by subsidence after the detonation.

In 1986, a massive clean-up of WWII materiel was accomplished on , leaving only those buildings that could be of historical significance. 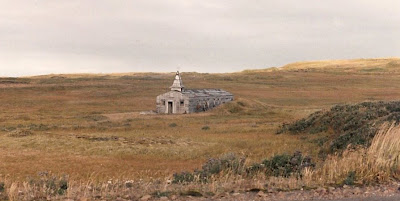 A chapel built by servicemen during WWII.

And in 1987, phase one of a $67-plus million dollar contract was awarded to a joint venture of three construction companies for a project on that same island.

On January 5, 1988, a Reeve Aleutian Airways 737 jet landed on World War II airstrip and ejected a planeload of construction workers on the tarmac. I was one of them, and I would be there every single day, but for two weeks in June, until the 23rd of December, when another Reeve jet piloted by a guy nicknamed “Cowboy” took the last of us construction personnel back to civilization. 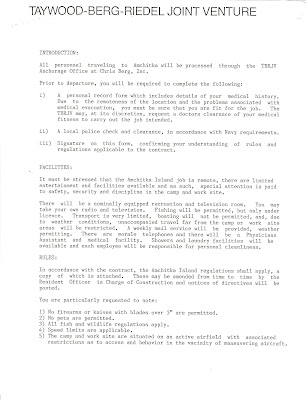 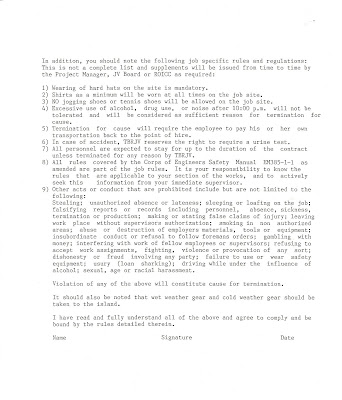 "Don't say we didn't warn you." Two page letter from the construction company. We also had to undergo finger-printing, and a background and security check before we could be hired. 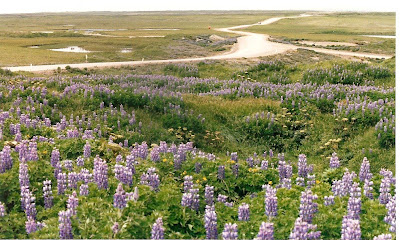 Fields of lupine along the military road to the far north end of the island. 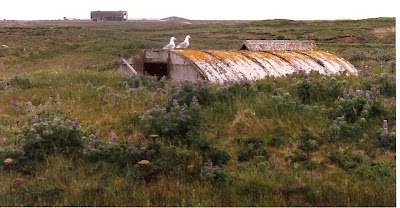