Two weeks in a secluded remote cabin didn’t do it, though it was there that I again noticed the phenomenon. Months of introspection and discovery didn’t do it either. Shoveling sixteen inches of snow off the upper deck at home is what brought the insight.

The secluded cabin was in Halibut Cove, across from Homer, located at the tip of the Kenai Peninsula in . No running water, other than the “run and get it” kind, no television or telephone, no neighbors within hailing distance. My only company, other than the sea otters and sea birds, was Gerri the cat, whom I would visit daily at the owners’ private residence during the five days they were away from the Cove.

Walking around the trails of Stillpoint retreat just before dark one evening I noticed how crisp and clear everything appeared. The trees, the cabins and homes across the quiet waters were sharply defined in the fading light and remained so until they could no longer be seen in the darkness of mid-winter. Several days passed before I could verify this curiosity, days during which more than a foot of snow lighter than a fleeting thought fell and covered the spruce trees and cabins.

Late in the afternoon the skies cleared and the landscape once again resembled a sharp Currier and Ives print in black and white at twilight.

Crisp delineation. Stillpoint. Twilight. Does this not describe the place in life at which I have arrived? I am a fairly new member of the Age of Medicare and some may say in the twilight of my life. And while my brain bounces around from one madcap thought to another, the essence of me has reached a point of stillness, synonymous with peace and acceptance of self.

“Crisp delineation” perfectly describes the result of months of introspection I undertook during which I discovered the intersecting pathways, the events that seemed pre-ordained no matter what decisions and actions I made to the contrary, and how things usually happened for the best though they did not appear to be so at the time. What also is coming into focus is why many people were meant to be a part of my life and how those friendships have contributed to make me the person I am now.

So today, as my life fades into twilight (which I promise will be more zany and adventurous than my youth ever dared to be), I have reached that state of stillness where the trees and cabins and events of my life stand in sharp, crisp and clear definition.

My own Stillpoint. And it has made all the difference. 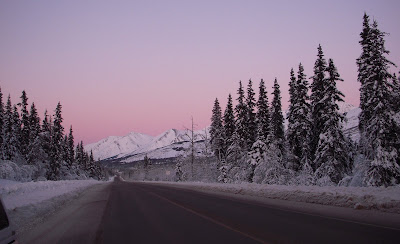