How many times in my life have I rued a misfortune, a mistake, a calamity? How many times have I said, “If only such and such (insert appropriate words here), this could have been avoided..” 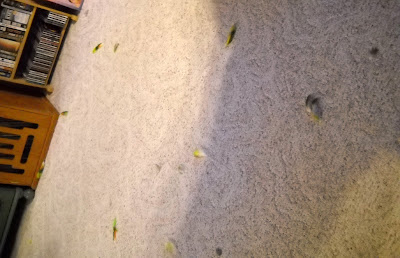 The scene of the crime


My youth was filled with those questions, those laments:

If only I’d gone looking for my missing husky that night, I would not have found her dead alongside the highway five days later.

If only I’d kept my emotions under control and my mouth shut, I would not have broken my own heart.

On and on the list went, from petty embarrassments to disasters of magnitude, I would obsessively apply the microscope of "if only" and torture myself with an un-changable fate.


Then one day, I recognized how close that last call had been. The bear didn’t attack though I was standing ten feet from it. The small plane didn’t crash when the engine quit, but started immediately when the pilot switched fuel tanks. The house didn’t burn down because I arrived home in time to douse the smoldering blaze on the couch. The moose didn’t stomp me though he held me at bay for thirty minutes. I didn’t drown while attempting to water ski, even though I couldn’t swim and I’d swallowed half the lake.

Those—and many, many more—were the “if onlys” that tilted in my favor, and my life has been full of them. I pay special attention to those, store them up to recall for when the scale tips the other way.

Today, another. I am taking care of a large shepherd/husky dog named Koa while her owners vacation. I am well aware that Koa is determined to eat Pablo the parrot, and have taken great care to keep Pablo in his cage when Koa is in the house.

Busy with a cleaning project in the laundry room off the garage today, I forgot Pablo was sitting on top of his cage. I took Koa off her chain and let her in the house, then turned back to the laundry room.

Koa went upstairs, and too late I remembered Pablo was not safe in his cage. I ran up the stairs and saw no green and yellow parrot on top of his cage, nor in it. A few steps more and I saw feathers scattered around the floor. 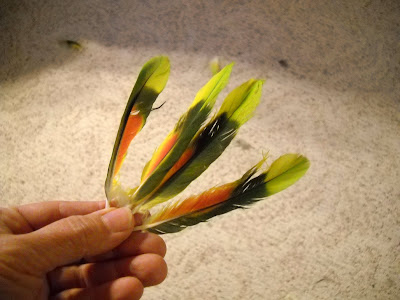 I yelled at Koa and she disappeared back downstairs. “Pablo,” I said. From the living room I heard a squawk—a very tenuous but indignant squawk. I picked him up, checked him for injuries and noted that half his beautiful tail feathers were missing.

Koa ventured upstairs, ran down again when I glared at her. Then Pablo subjected me to several minutes of plaintive cries as he poured out his fear and unhappiness while I made attempts to calm and reassure him. Pablo went into his cage to recover. Koa’s been outside ever since.

This time, “if only” went Pablo’s way, though I’m sure his tail is smarting. His sense of dignity has yet to be restored. 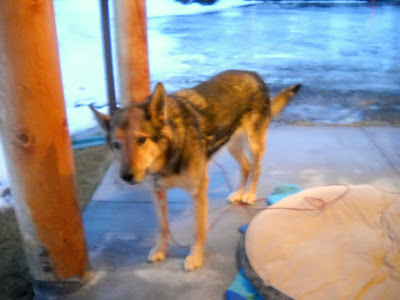