The Yakutat Journals, Chapter One

It's a long way to Tipperary.... Or even Yakutat, for that matter. Twenty-two hours as the ferry sails, in fact.

And, it's not like I dropped everything when JJ called and invited me to accompany her on this trip to Nowhere on the coastal edge of the Wrangell-St. Elias National Park and Preserve. I didn't drop anything at all. I'm not that irresponsible.

No, sir. Most of it went into my backpack.

And my day pack.

And a couple extra stuff sacks, and two plastic totes.

Okay, and a blue and water water jug I used as a cooler. 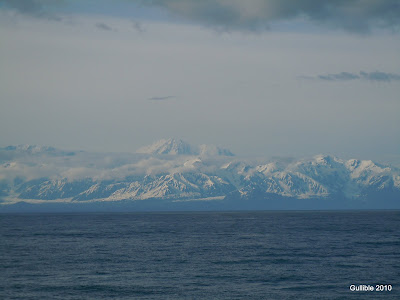 And while we passed mysterious mountains and 60-mile wide glaciers on the way, 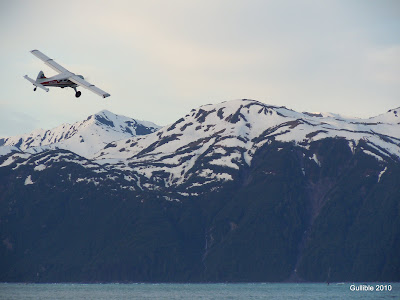 ...and a single-engine Beaver piloted by Hans took us across Yakutat Bay and dropped us off on a narrow beach at low tide, and we had only a vague idea of where the cabin was supposed to be back in the woods, 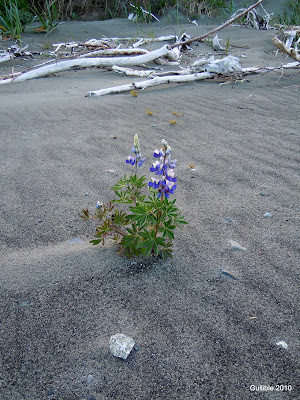 ...and it was getting late at night, and we had at least three trips of gear to shuttle to the hidden cabin, 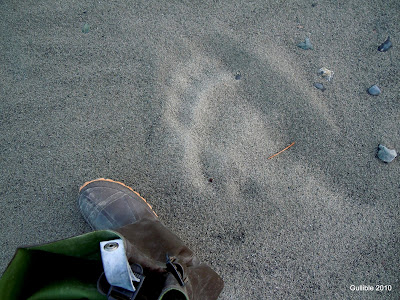 ...and fifty feet from where the plane had left us, I saw this humongous brown bear track in the sand--pointing the same direction we were heading... 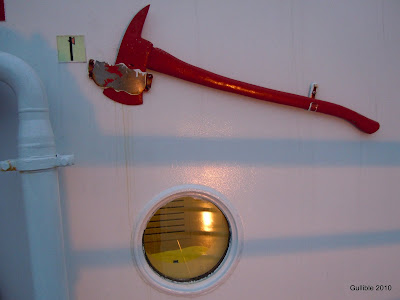 ...and I surely wished I had the fire axe that was hung on the hull outside my ferry "stateroom..."

But, I'm getting ahead of myself.

Next: getting there from here.
Posted by Gullible at 11:22 PM