We have been eating and drinking our way across Germany and Austria for....  Actually, I seem to have lost track of how long we've been here.


This is more complicated than you would think.


First we have to find a restaurant on which the five of us agree.

That's the easiest part as the five of us agree on one thing:  local fare.  No American food, no Mickey D's abysmal representation of American food. 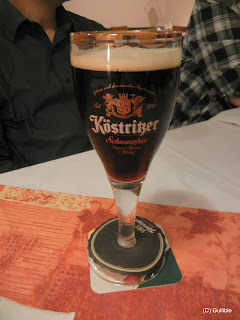 The occasional Starbucks beverage for anyone suffering withdrawal symptoms is okay.


Once we found a restaurant, we had to decipher the menu.


Even then, ordering could result in some surprises.

The soups were always good. 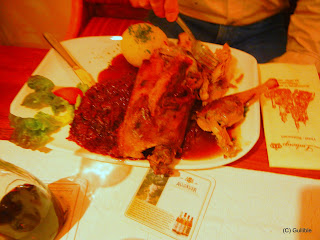 Andy would have gone back to this restaurant and ordered the roast duck again. 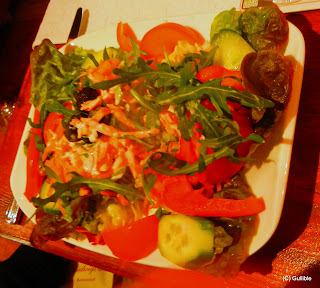 This incredible concoction is a salad. 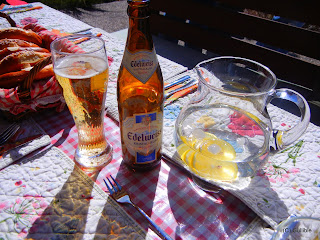 This was a new one on me--beer and lemonade mixed, called radler.  Very light and refreshing, but who would have guessed? 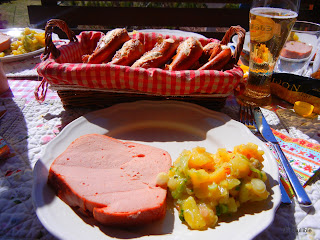 So far, the German potato salad, Bavarian meat loaf, and apfel strudel at Chris' and Brigitte's in Koessen have been the best. 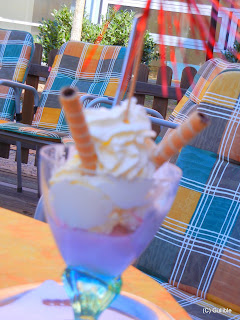 But when Betsey ordered ice for her tonic water, this is what she got--an ice cream sundae. 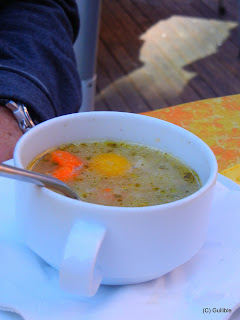 And Bruce got a cup of soup, though he hadn't ordered it. 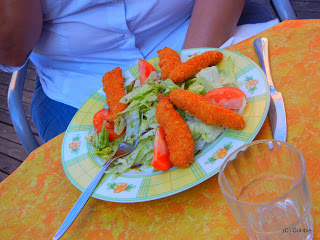 Three of us ordered this dish--fried chicken strips on salad.  Two of us got French Fries instead.  The menu here was very limited, so we treated ourselves to our daily ice cream cones on the way out. 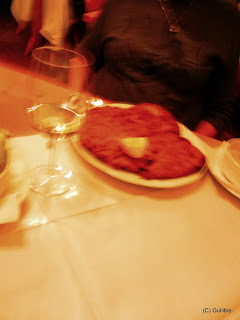 Betsey ordered the Grandmother Wienerschnitzel in Vienna, thinking it would be a smaller portion.  It was a large as a saddle blanket. 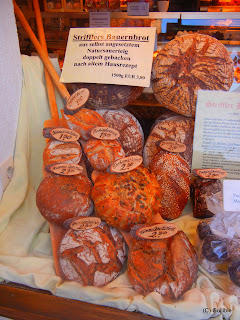 Did I mention we visited a lot of bakeries? 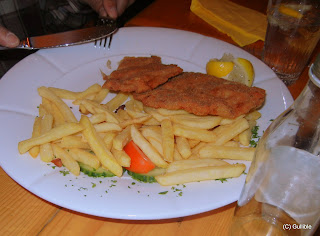 We ate a lot of Wienerschnitzel. 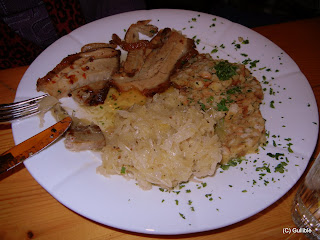 And pork with sauerkraut. 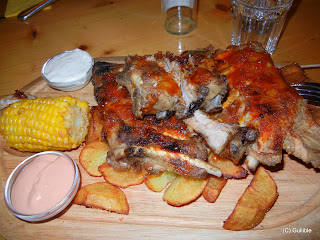 This was my plate of spareribs.  Everyone at the table had some.  We shared bites and tastes always. 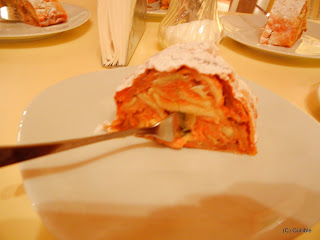 Did taste tests of Apfel strudel in every town. 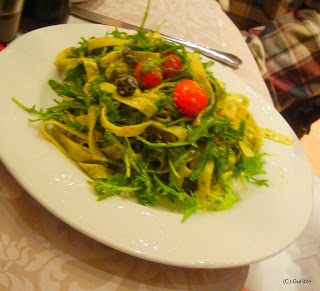 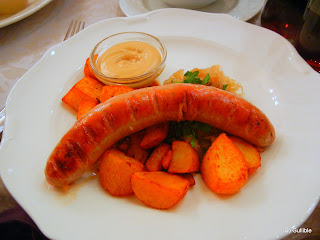 My bratwurst and roasted potatoes at Schonbrunn. 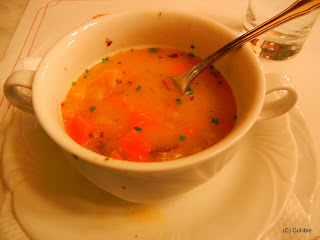 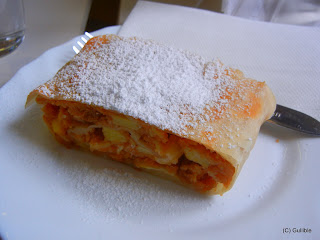 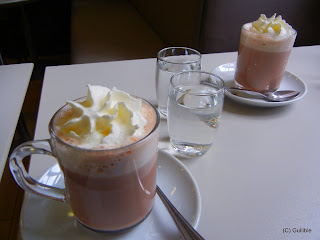 Ummmm...the hot chocolate.  This was the first time we were served water. More Wienerschnitzel.
So, you can see how all this eating and drinking would wear a person out rather quickly.  Choice, choices, choices.
I got so tired, I had to take a nap. 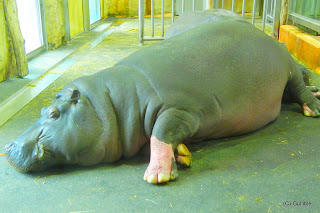