Sunshine on My Shoulder

It's only been a bit more than three weeks since this valley was kissed by direct sunshine for the first time since mid-November.  Now, we have more than three hours of sun before it slips behind the mountain ridge to the south at noon. 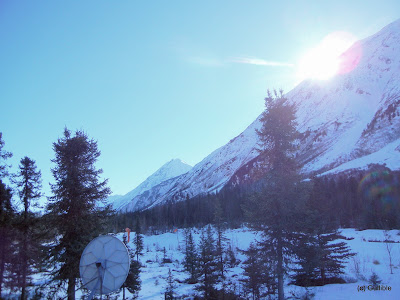 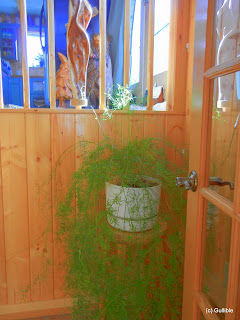 Before that, it rises mid-valley and clears that pyramid-shaped peak in the east.  According to newspaper statistics, we have almost eleven hours of daylight between official sunrise and sunset, but those hours don't include the light before dawn and after sunset.

Things are waking up.  A neighbor reports that he flew over Trail Lake Sunday afternoon, and saw snowmachiners, hockey and recreational skaters, skiers, and radio controlled airplane enthusiasts enjoying warm temperatures and sunshine on the lake.

Pablo Parrot is feeling some springtime hormonal impulses.  After he tore a piece of cardboard into tiny shreds and tried to build a nest next to me as I relaxed in my soft chair, I gave him a paper bag to play in, complete with his cardboard scraps.  He went in the bag and started squealing, but that didn't last long.  He kept looking out, obviously wanting me to join him in the bag.


Rather than growing up and then folding into a graceful curve towards the floor, spring sunlight lures the fronds toward the glass French doors that open onto the back deck. 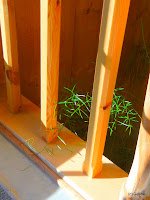 A couple years ago I described its behavior thusly:


The asparagus fern is trying to escape
Out through my patio door.
I send it back, but it doesn't like that,
Doesn't want to cascade to the floor.

It spent several months on a stool by the door,
Behaving itself as it were.
Now it's awake like an unruly child
Beginning to exert its own power.

Its tendrils climb to find the sun
While the daylight hours last longer,
As I gently replace it every day
I can feel its resolve grow stronger.

I know how it feels as it climbs to the light,
Doesn't want to stay in the dark.
'Cause I'll  feel the same when summer comes
And my bum in the sun I will park.

The last line shows exactly how long I can behave when I write, before I plummet into smart-ass remarks.  The problem is that there aren't many words that rhyme with dark.

I suppose I could change dark to shade, and that would increase the possibilities substantially.

I know how it feels as it climbs to the light,
It doesn't want to stay in the shade,

Any suggestions?
Posted by Gullible at 1:49 PM

Email ThisBlogThis!Share to TwitterShare to FacebookShare to Pinterest
Labels: sunshine