Ask and Ye Shall Receive ... Whatever 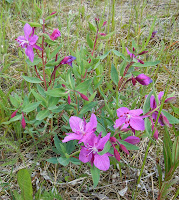 You know that whole, “Ask and ye shall receive” thing?
Well, with me it’s been “Ask and whatever happens, happens.”  Like the whole thing’s a crapshoot and there’s no Ultimate Customer Service agent on call to fulfill the bazillions of requests people make every day.
I remember quite distinctly some I made.  The unanswered ones, that is.  Those were usually along the lines of requesting reciprocity in the high school crush department.  Not until I lived long enough to gain the advantage of hindsight did I understand what a boon those particular unanswered requests were.  Most of them, anyway.
Of course, there were some prayers that were seemingly ignored and others that were answered.
The fulfilled ones almost always had to do with, “Please, just let me live through this and I’ll… (whatever the promise was I offered in return for a favorable outcome).”
What brought all this up were mosquitoes.  Alaskan mosquitoes.  Big enough to throw a saddle on and ride.  Leap tall buildings in a single bound.  Those mosquitoes.
They enjoyed a smorgasbord courtesy of my forearms yesterday while I was picking up litter near Turnagain Pass.   When the little gluttons had drained a few pints, they went off to do whatever their blood-crazed libidos demanded. 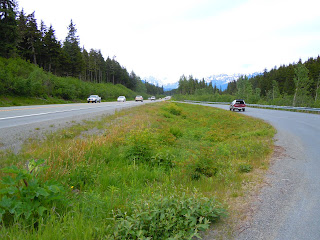 I didn’t even think about them today before I went back to the same area to pick up where I’d left off.  (Pun accidental.)  Today they were worse.
With the weather threatening rain, the little vampires with the blood-sucking proboscises were convinced it was do or die today and they came at me in swarms.  Fifty feet from my truck, I found it difficult to breathe without inhaling insects. I really needed some repellent, but I was forty miles from home and almost thirty miles from the nearest store.  I was seriously considering turning back and asking some people in the pullout where I was parked if they had any bug dope I could borrow.
While I pondered, weak and weary, and many a famished flying tanker zeroed in on my veins, I continued putting litter in the yellow litter bag.   Just before I turned back, I reached for an opaque white plastic bottle lying beside the asphalt.  I'd noticed the bottle lying on the dark gray sand next to the highway as I had slowed to pull into the parking area.  It stuck out like...well, like a white bottle on dark gray sand. 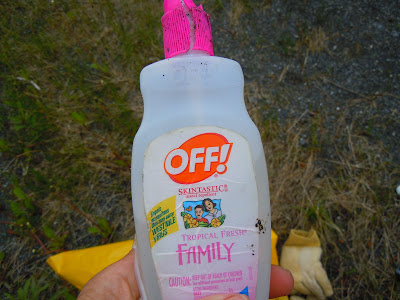 Yes, Way!  A lovely bottle of Off insect repellent.  Tropical scent.  Almost full, even though the cap was cracked.  I smelled it.  Oh, baby, I would recognize that wonderful DEET smell anywhere, though I'd never before thought of it as wonderful..
I immediately took a bath in the stuff.  After that, those mosquitoes and their cousins the nasty little biting flies drafted in my wake as I walked, but didn’t bite.
So, you know that whole “Ask and ye shall receive” thingy?
Way!
Sometimes.
Posted by Gullible at 12:11 PM

Email ThisBlogThis!Share to TwitterShare to FacebookShare to Pinterest
Labels: mosquitoes