An evening at Tern Lake

What else would I do?

All seemed peaceful when I launched the kayak and paddled the long way around the islands, trying to avoid the idiot sea gulls.  It didn't matter.  They still came after me. 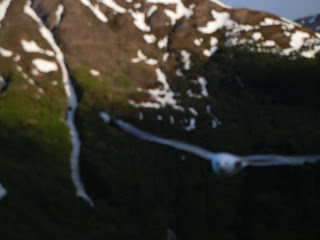 They like to dive in silently and then screech when they're right above your head.

Over in a far corner of the lake, the yellowleg sandpipers were making quite a racket.   Sandpipers sound hysterical even when they're not, but tonight's noise was exceptional.

I headed for the far side, paddling within fifteen feet of a nesting loon before I saw her.  She had her head down to lower her profile.  I acted like I hadn't seen her.   Now I have to avoid that part of the lake, too. 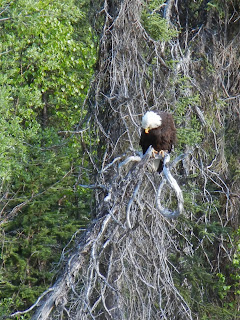 By this time, the beavers had discovered I was in the vicinity: 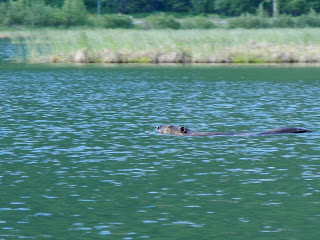 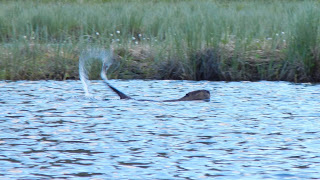 Closer back to the parking area I spotted one of those white flowers that I've been trying to take an in-focus picture of and decided to try again. 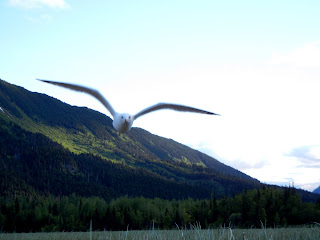 I stuck around until I got a shot that looked in focus, and then left. 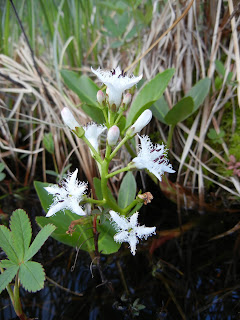 So did the gull. 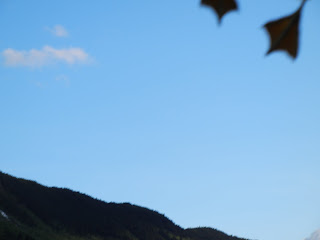