Suppose one dark snowy morning you open your front door and find footprints on your snow-dusted welcome mat?  You realize instantly those prints were left there while you slept, totally unaware that something was creeping around your doors, perhaps looking for entrance.

That would give you pause, wouldn't it?  Especially when you also realize there were doors left unlocked, that the only locked door was this one. 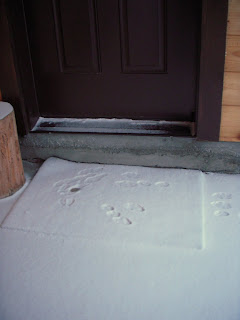 When you go outside, you see many such footprints near your house.  And you recall something that makes such odd prints, but that was last summer and it was hiding under your front deck hoping you wouldn't notice it. 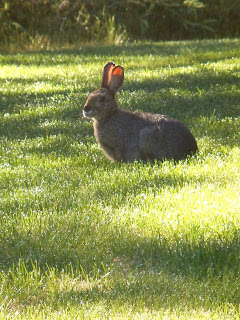 That makes you think about all the other things that  have invaded your space.  Like the yellowlegs sandpiper that threatened to nest in your driveway.....

...or the grouse that consider it their private dining room.... 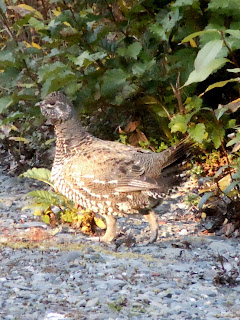 Or that little bandit, the nuthatch.... 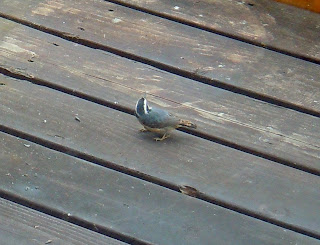 ...the one that zips into the bird feeder and leaves so quickly you can never get a good picture of it. 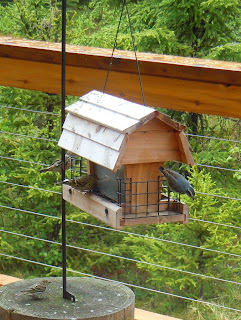 Or the baby swallows with their immense appetites. 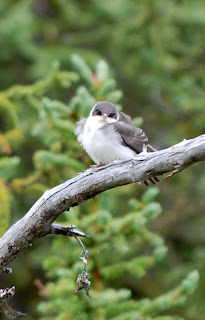 Then there are the gangs, the pine siskins that always arrive en masse, no fewer than a couple dozen at a time. 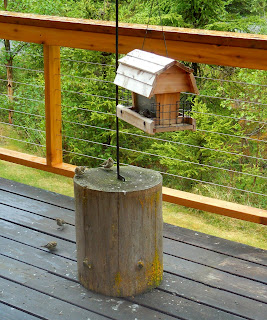 Or the red squirrel that's supposed to be gathering spruce cones and stashing them in your woodshed for winter.... 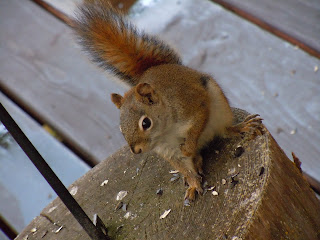 No, he has to stuff his face at the feeder, too. 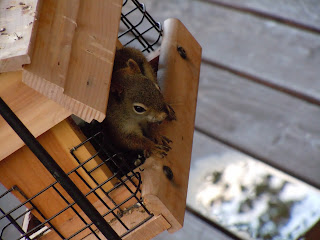 Then there are the bigger invaders.  The moose that eat your birch and mountain ash trees. 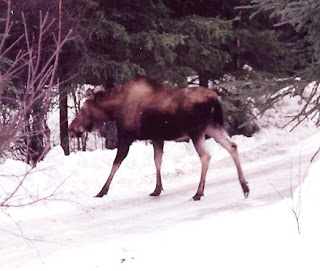 The wolves that were outside your huskies's pen one night, trying to decide which one to eat. 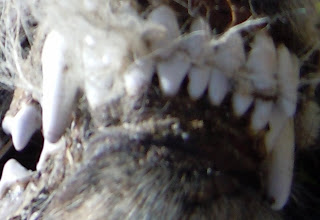 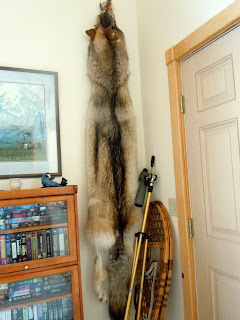 The black bears that roam the mountains on either side. 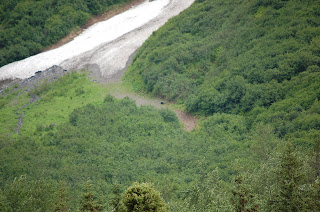 Or that big brown bear that's walking around the neighborhood RIGHT NOW as if he owned it, except, come to think of it, anything that big has the right to declare ownership and it'll get no argument from me.  Or from my can of bear spray. 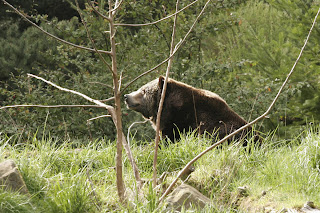 But, the biggest, baddest predator of all has come to my yard and I'm not happy about it. 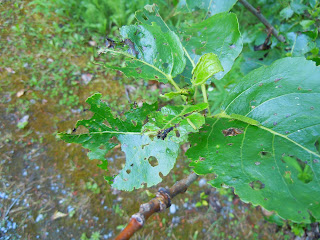 This is a sneaky predator, one you can't see until it's too late. 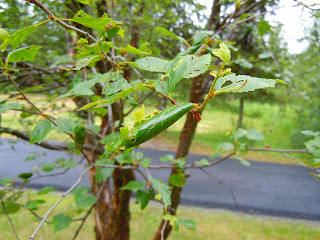 One that's inside this rolled-up birch leaf. 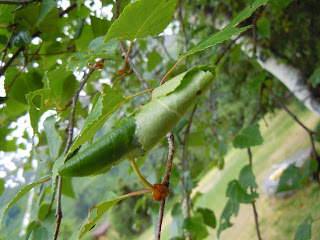 I could unroll that leaf and show you what's inside, but--believe me--you really don't want to see it.

And it's too late now.


It's too late now
Just tell me how long did you think
I'd be your fool
And I would sit right here an' wait
For you to make up
Your mind to show up
Well, just turn around
I'm sorry it's too late now.*

Next time I go to Anchorage, I'm buying some killer chemicals.  You leave my birch trees alone, your little worms!


*It's Too Late Now
George Strait
Posted by Gullible at 2:13 AM