While I work on Part Two of Que Sera?, I want to give you images of things I've photographed in the last few days.  No moon shots, however.  Not with rain and snow.

We're coming out of our snow caves as the white stuff recedes.  Feels good to get outdoors and walk around without snowshoes.

I drove into Anchorage last Friday to load up on groceries.  Along Turnagain Arm, the wind surfers were out.   Traffic was too heavy to pull over and stop so these were taken over the shoulder on the fly. 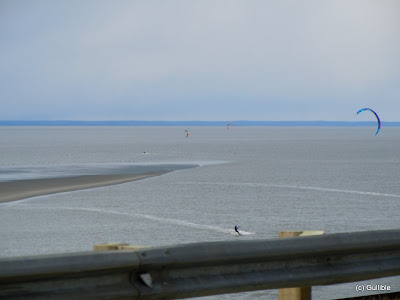 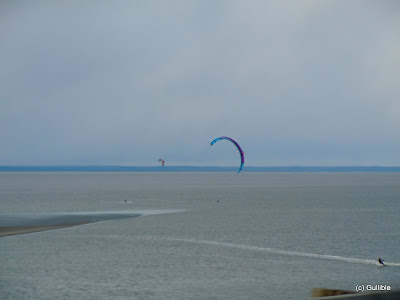 Driving home , I spotted  a frenzy of seagulls along the water line in Turnagain arm.  I pulled over to take a picture.  That's when I saw the bald eagles getting down and dirty in the muck and clay of the Arm. 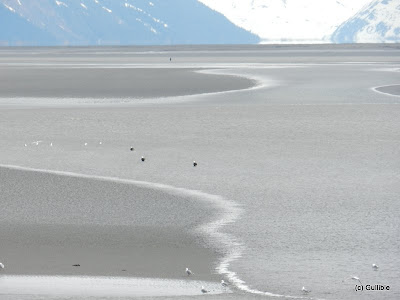 Ah, but look what I also saw.  A bore tide rolling in.   This was a small one, perhaps less than a foot high. 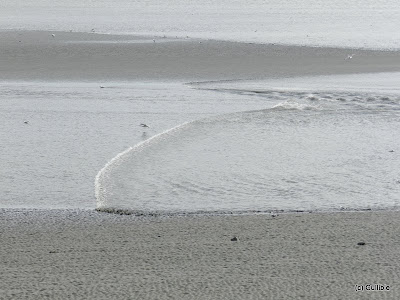 The birds are after a school of hooligan, a smelt prized for its oily content.  I was hoping that further down the highway there would be hordes of people out dip-netting for the small fish.  Rolled in dry corn meal and fried in butter, they're good eating, but once in a decade is enough for me.  They're better smoked.  Old-timers used to dry them and burn them in place of candles.

Hooligan are ridiculously easy to catch.  Stick a fine mesh net into the water and they swim into it.  They're only 8 to 10 inches long and have a curiously dry skin.  No slime. 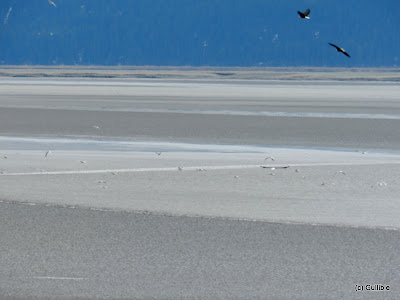 The birds kept right on fishing, probably hoping the rolling bore tide would roil the fish to the surface for easier catching. 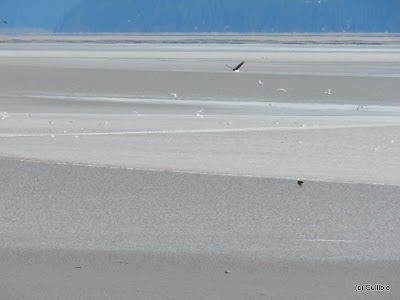 Note the eagle standing in the muck. 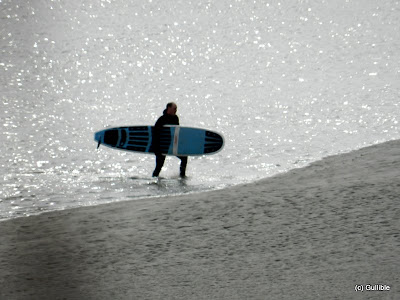 This man,  who had waded into the cold water hoping the bore tide would be high enough to surf it, was disappointed.  Standing next to me as I photographed all this was a young man who HAD surfed the bore.  "July," he said.  "You don't have enough water under you until July."  I'll take his word for it.


Down the highway ten miles or so, where the hooligan fishers should have been but weren't, momma and her year old male calf browsed on willow branches.  I pulled over and took photos until momma decided it was time to move. 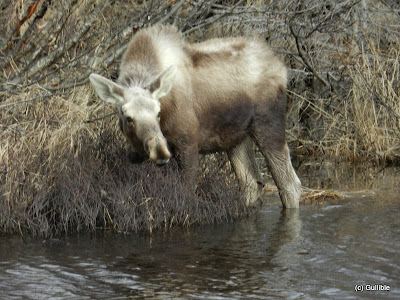 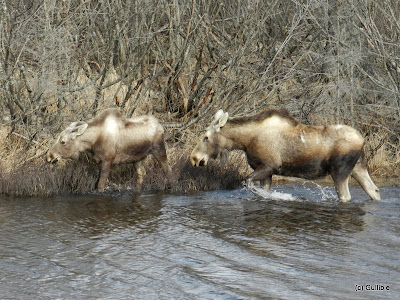 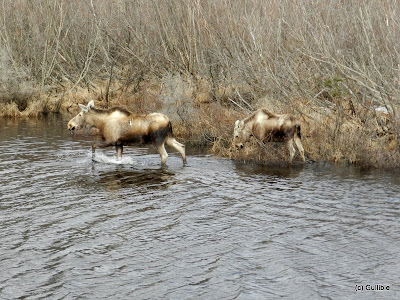 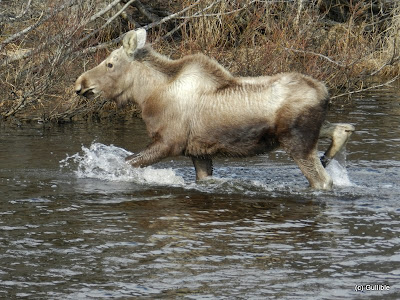 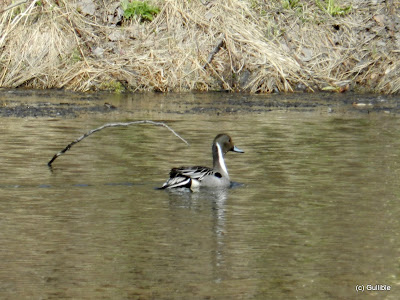 ...joined a merganser couple in a small pond.  That's the female merganser--the one with the wild red "hair-do"-- on the tussock. 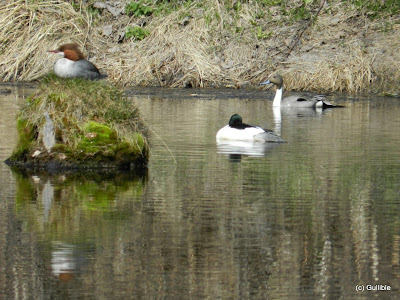 In a different spot, this bald eagle posed for pictures. 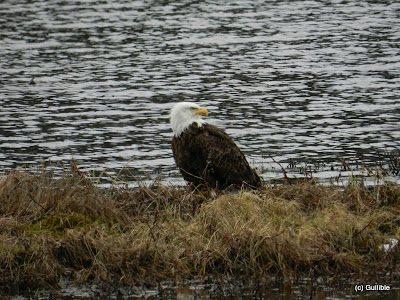 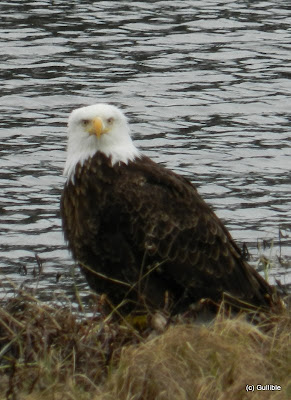 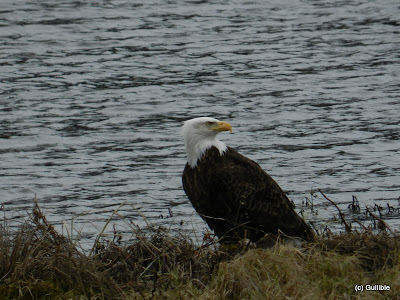 As soon as it flew off,  these two landed in the same spot.  I want to say they're Green Winged Teals, but the photo isn't clear enough to make identity certain.  They could be a subspecies called Aleutian Green Winged Teals.  Then again, they might be something entirely different.  I can't find the identifying green patch on their wings. 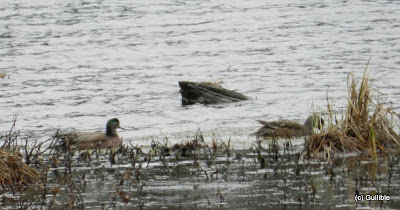 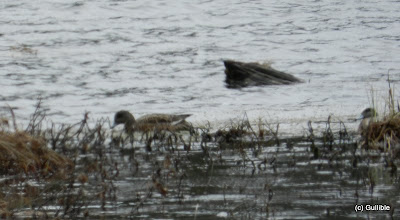 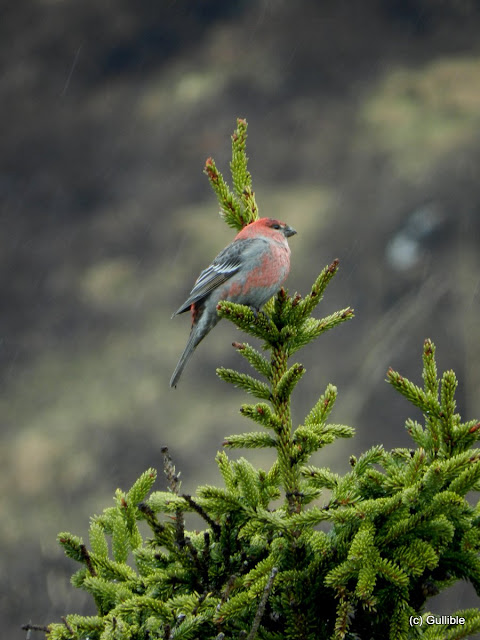 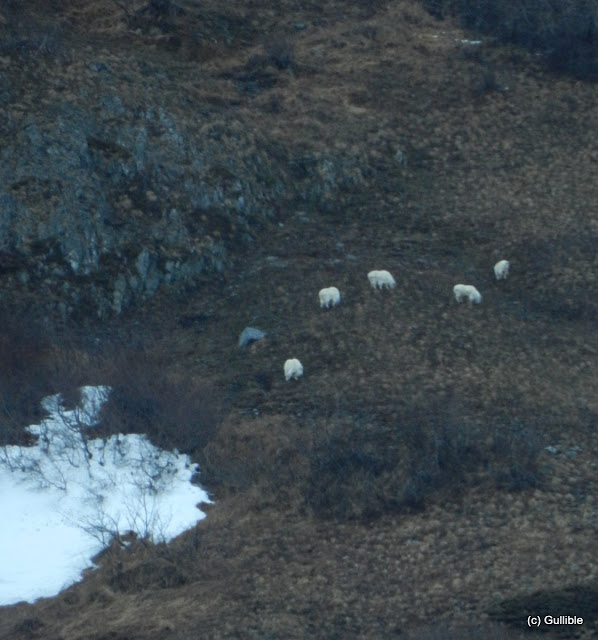