The Antarctic Journals, Chapter Sixteen, We Shall See What the Sea Serves 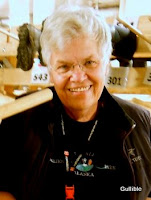 Kathy and I walk through the streets of this charming and tidy town, the largest settlement.  Of the 2500 people who call these islands home, 2300 live in Stanley.  Traditionally, they are called "kelpers," because at one time they harvested kelp to turn into fertilizer.

The other 200 are scattered around the many islands.  That means that there are more passengers and crew aboard the Fram than live outside of Stanley.  Not included are the 1000 British military personnel garrisoned at Mount Pleasant.

Since the end of the 1982 war, living conditions have improved in the Falklands as Great Britain has committed more resources.

In days past, the Falklands were the last stop for provisions and repairs for ships sailing westward towards Cape Horn at the bottom of South America.  And, it was a place of refuge for ships battered by the notorious winds and ferocious seas at Cape Horn.  They used the prevailing westerly winds to limp into Port Stanley. 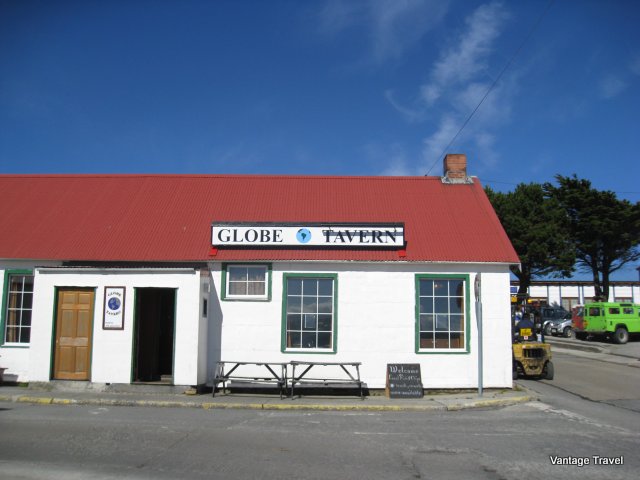 Not all ships reaching Stanley were repaired.  The town acquired a reputation when unscrupulous operators charged more for repairs than the ships and cargoes were worth.  As a result, many ships were deliberately abandoned or scuttled and their rotting hulks lie today in Stanley harbor. 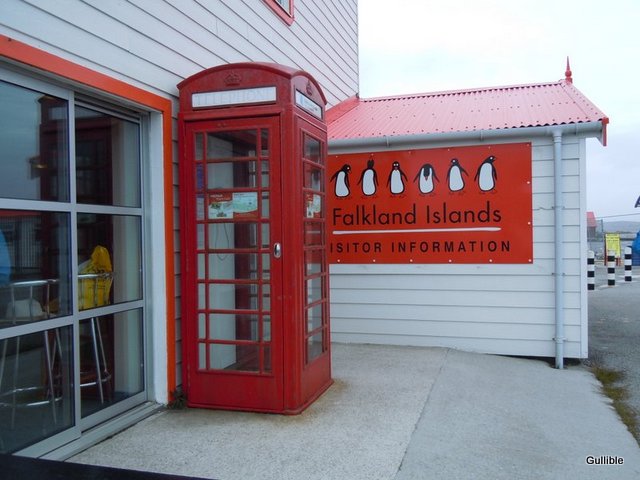 Once an important area of commerce for whaling, sealing, and penguin oil, as well as sheep farming, today Stanley has a new deep sea fishing industry. 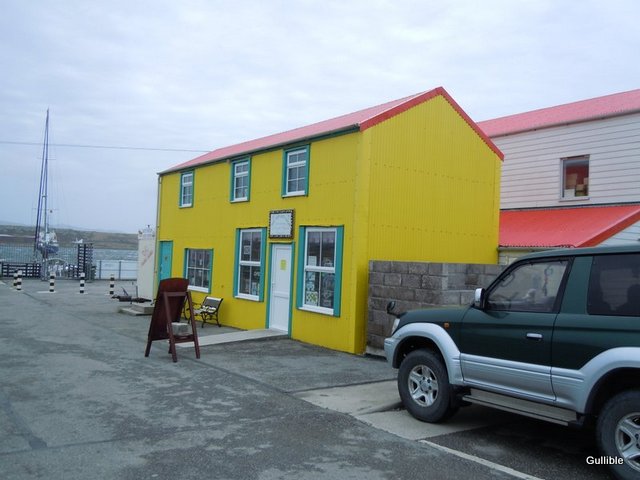 And, there are the tourists.  Gift shops are springing up in town for the estimated 66,000 visitors a year, and Kathy and I hit several of them on our windy walking tour.  We now find our third foreign currency—the British pound sterling.  Argentina uses the Argentine peso, and the Fram, the Norwegian krone. 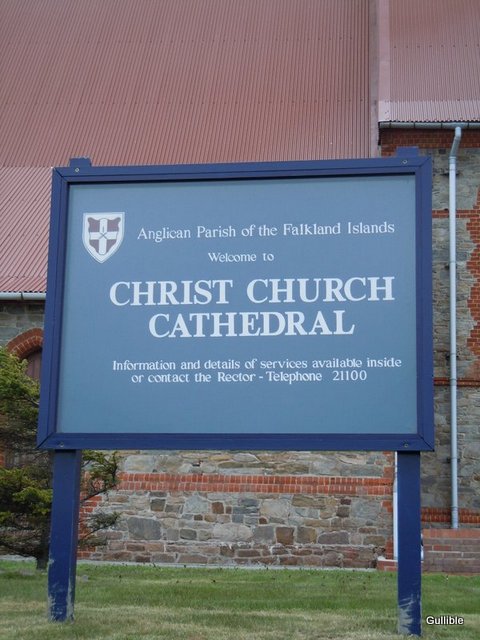 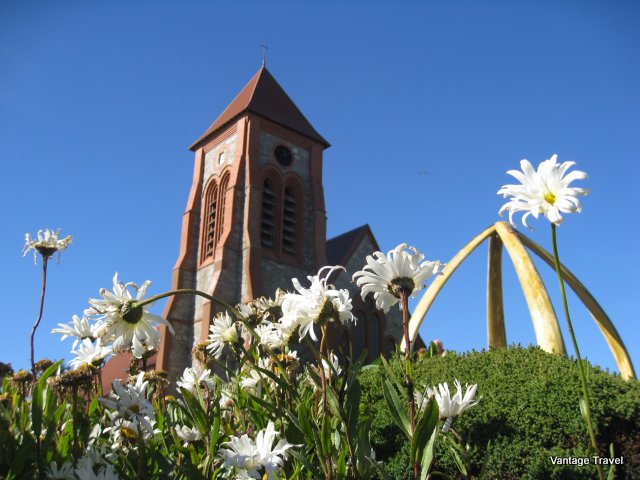 Standing in line at the last gift shop, the one that sells “all things penguin,” I overhear one cashier say, “I hear there’s a storm coming.  I hope it doesn’t get too bad for you.”


A storm?  The wind is blowing 40 knots—gale force winds blowing 39 -46 mpg, force 8 on the Beaufort scale—and the lady says there’s a storm coming?  These folks would do well in Alaska.

Our time in this charming town with its friendly people comes to a close.  Back aboard the ship, we hear many tales of kindnesses extended to passengers, including one who accidentally splashed some tourists as she drove past.  She turned around, apologized profusely, and then drove them on a scenic tour of the town, waited for them at stores they wanted to visit, and then brought them to the ship. 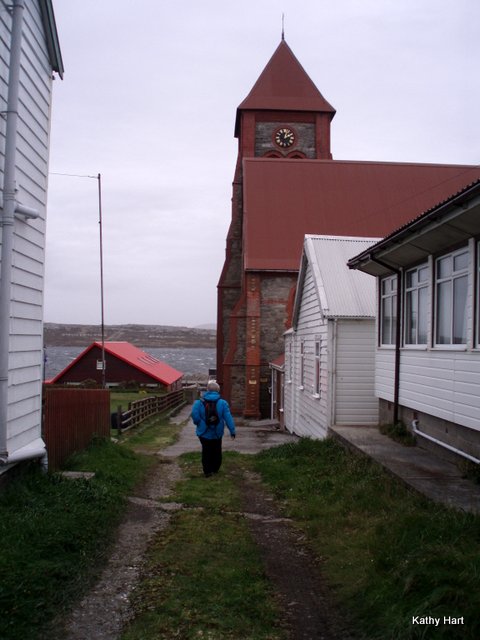 When everyone’s aboard that late afternoon, those gale force winds pin the Fram to the pier as if trying to keep us in Stanley.    We’d like to stay longer, we really would, but South Georgia Island is on our itinerary and we are anxious to see it.  It is the reason  Kathy and I chose this particular trip to Antarctica. 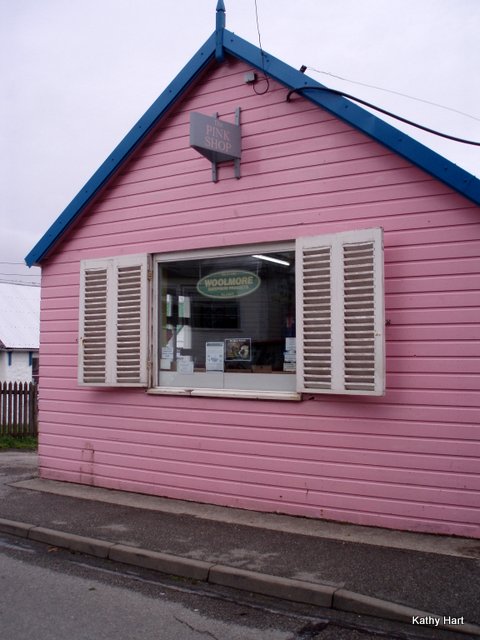 Powerful 1000 kw electric bow thrusters push back against the wind and the Fram inches away from the pier.  High waves crash against shores as we sail out of the harbor and into the open water of the Scotia Sea. 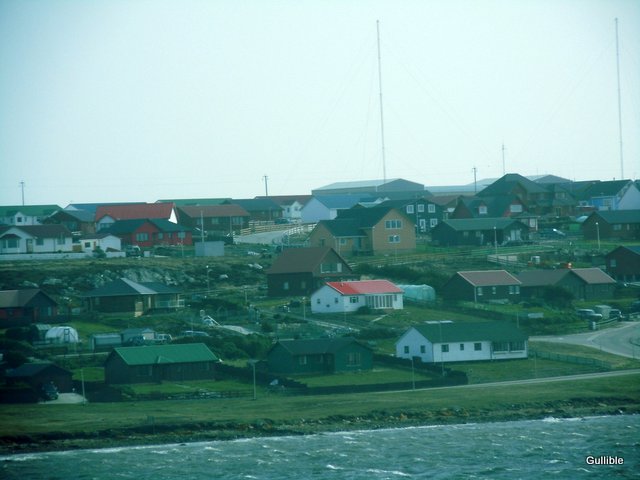 We shall see what that forecasted storm brings. 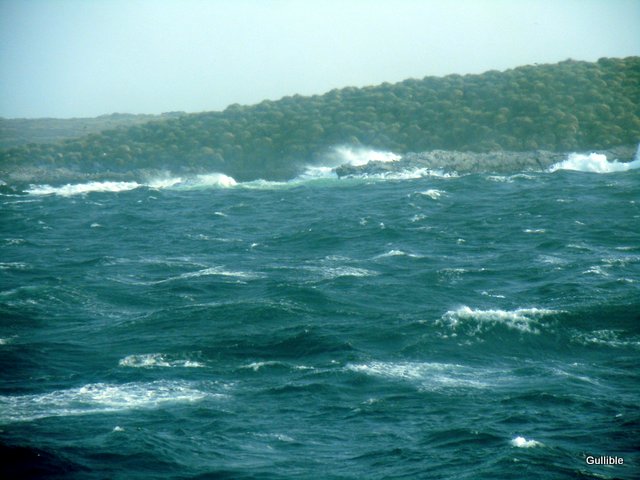 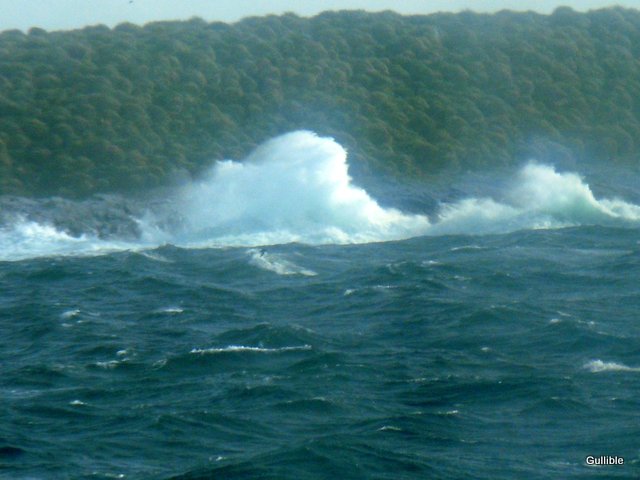