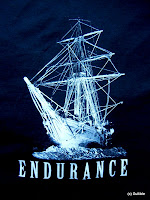 After a month at the Norwegian whaling station of Grytviken on South Georgia Island, Shackleton re-provisions the Endurance.  Two live pigs, destined to be food,  are aboard.  The month-long rest has rejuvenated the crew and all are ready for the upcoming adventure.

The ship’s carpenter, grouchy Harry McNish from Scotland, known by the traditional shipwright's nickname of “Chippy,” has brought along his tabby cat named “Mrs. Chippy,” though it is a male cat.  The crew is quite fond of the personable cat, whose chief delight is to walk across the top of the kennels of the half-wild sledge dogs, knowing the chained dogs cannot reach it.

Whalers report the ice conditions are still bad but Shackleton fears waiting longer would mean a complete end to the expedition and he decides to proceed.  The Endurance leaves Cumberland Bay on Dec. 5, 1914,  turns south by southeast to sail around the bottom of the island, into the Scotia Sea and thence south to the Weddell Sea of Antarctica and some of the worst ice conditions in memory. 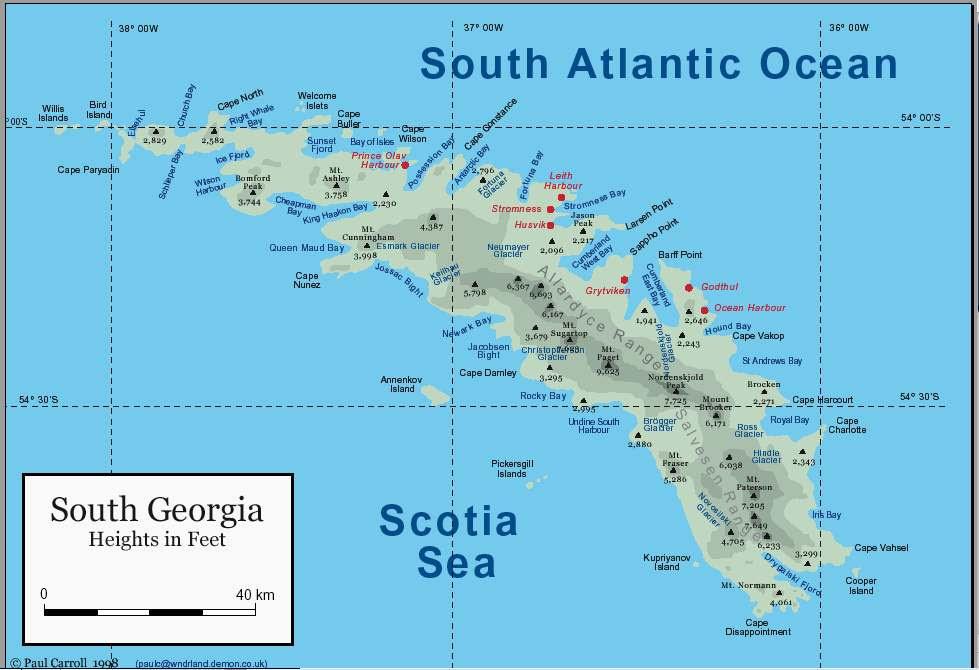 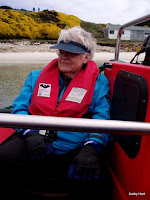 I leave the Napier’s farmstead with mixed feelings.  I live in an area that many consider “out in the sticks,” yet I am nowhere near as isolated as these folks on West Point Island.  I have many questions, but with a couple hundred inquisitive blue-parka-ed tourists waiting for tea and pastries, I drink my tea, extend my thanks, and leave for the Cirkle boat.

As I walk down to the water, a few sheep top a rise and watch. 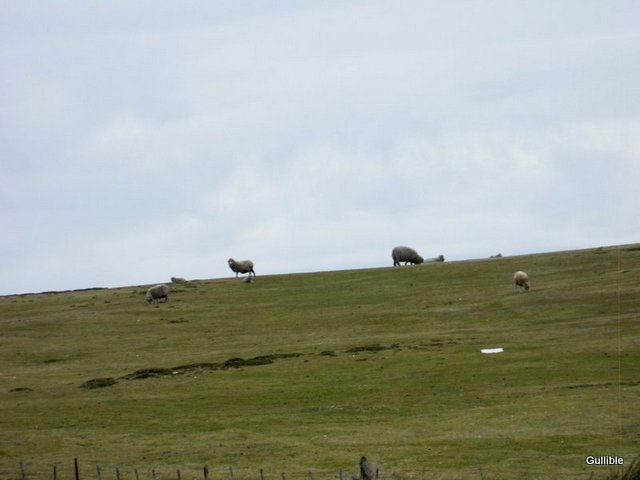 Once we’re all back on board—remember, they check our ID barcodes as we leave and return, so they know if there’s a straggler—it’s lunch time, so we leave our shore parkas and rain pants in our cabins and head for the dining room and a buffet lunch. 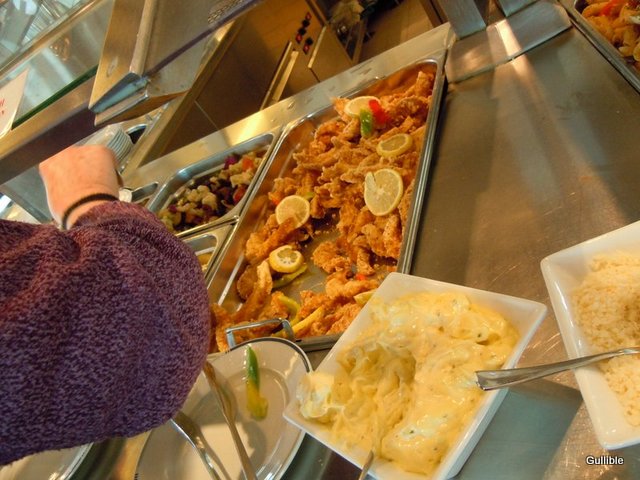 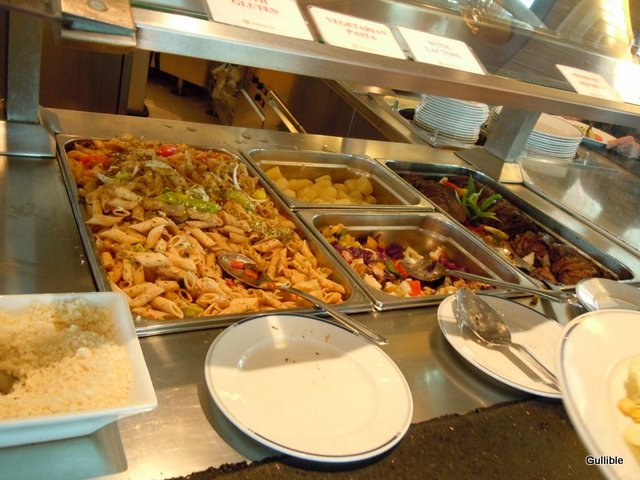 Breakfast and lunch on the ship is always buffet style, with several hot entrée choices, various salads, soup, cold cuts, breads, and far too many desserts than should be placed before one fallible human.  Dinner, on the other hand, is in two seatings with assigned tables, as the number of passengers and crew is greater than the dining room’s capacity.

There are two entrée choices, a main choice and an alternative.  We must notify the dining room attendants before 3 PM if we prefer the alternative.

Only when there are late afternoon landings is there a dinner buffet.

While we have lunch, Captain Arild Hårvik repositions the ship to Saunders Island, only 18 miles away from West Point Island.  This is the last island we will visit in the West Falklands.

We wait on the ship while the program managers, lecturers, and ship’s crew leave in the Cirkle boats to find a safe landing.  I start calling them the Orange People for their red-orange parkas that make them readily recognizable for questions and assistance.

This landing is exciting as we step from the front of the bouncing boat onto the rock shelf, carefully walk over slippery rocks, and climb a hill to access a sandy isthmus.  There are Gentoo penguins EVERYWHERE, and, as usual, once comes to see what’s going on.

I walk along the beach to the low grass on the far side, then cross the isthmus to another sandy beach.  I encounter my first King Penguins on this crossing.  There aren’t many of them, but I am enthralled with their colorful plumage.

Each piece of high ground is covered with Gentoo penguins.  Penguins come and go, usually in groups, but I found this lone Gentoo running from the beach back to its colony.

I include this video because walking penguins are so much fun to watch .

The wind is blowing, whipping up sand on the exposed beach.  I head back to the landing site as my allotted time onshore is closing.

We go ashore by boat numbers.  Kathy and I are in boat group 3, and our group is first ashore at Saunders Island because this is the third landing.  Next landing, group 4 will go first, and so on.  There are 8 boat groups with thirty-some tourists in each group.  This means the Cirkle boats are constantly shuttling people ashore and back to the ship, thus the allotted time on shore.

Once we’re all back on board, the Fram leaves for the capital city of Stanley in the East Falklands, 132 miles from here.  It’s an overnight journey, and the wind has picked up.  We’ll be in the open waters of the South Atlantic Ocean. 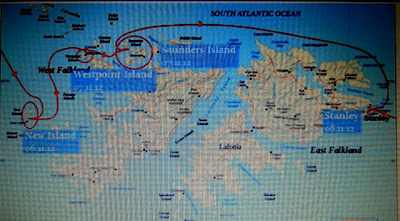