The Shackleton family motto is Fortitudine vincimus, which means “through endurance we conquer.”    It is Ernest Shackleton’s  inspiration for naming his chosen expedition ship Endurance.

But young Ernest, twice foiled in quests to reach the South Pole. could well have taken his own personal motto from the poet Robert Burns, “The best laid plans o’ mice and men, gang aft agley.”  In other words, no matter how meticulously he planned, something was going to go wrong.

Five days before Endurance is to leave Britain for Argentina and thence to the Antarctic, World War I starts.  The crew of the Endurance now numbers 28, including Shackleton and the young stowaway Perce Blackborow.

Shackleton contacts the British Admiralty and offers the services of himself and his crew in the war effort.  To his relief, he is told to proceed with the expedition.

After reaching Argentina and replenishing supplies, the Endurance sails down the 180-miles long Rio de la Plata estuary and into the Atlantic Ocean.  The captain sets course for the Norwegian whaling station of Grytviken (grit-vick-en) on South Georgia Island, more than 1500 nautical miles away.

It’s going to take Shackleton quite some time to reach South Georgia Island, so we are going to take a side trip to the Falkland Islands, also known as the Malvinas.  From Buenos Aires, the Falklands are an 1186 nautical mile journey for us, though the islands lie only 310 miles east of the Argentine Patagonian coast.

Forget the bus assignments.  Now we’re on a ship, the Fram, and we have Polarcirkle boat assignments.  The Norwegian-built boats are similar in appearance to inflatable Zodiacs, but much better suited for polar conditions and tourists.

The pontoons are filled with polystyrene, making the boats virtually unsinkable.  They have a rigid floor and built-in boarding steps.  They perform well in temperatures far below zero.   The boats have a stainless steel grab rail mounted in the center, and ropes for holding on are beneath the parallel bench seats. 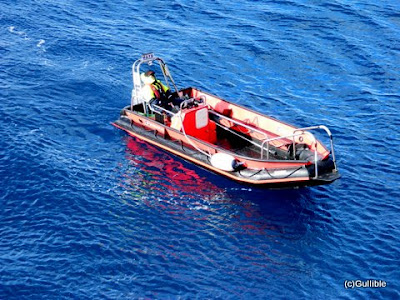 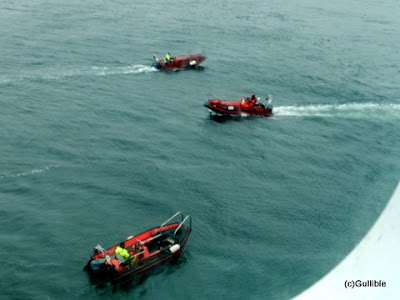 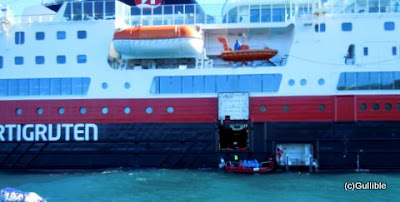 Now for the feet.

We are summoned to Deck Two for waterproof boot fittings.  The boots are knee-high with an excellent traction sole.  For some, including me, the boots are easy-on, easy-off.  For others, not so much.


Once we are booted, it’s time for the life vest fitting and a tangled web of straps.  Our Gauchos are correct—it takes few times but the donning and strapping and fastening of these vests becomes second nature. 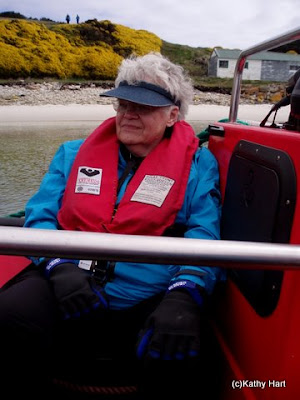 Actually getting in the Polar Cirkle boats is an adventure in itself, and we are given mandatory pre-landing briefings, hopefully to avoid anyone landing in the cold water. 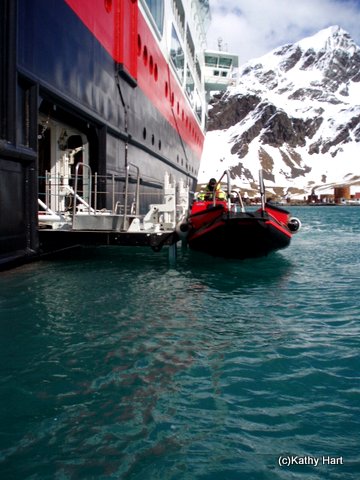 Most often, we load and unload from the front of the boat.  Occasionally, we unload back onto the ship from the side.  It’s all a matter of timing and help from the strong young boat crew.

A short video of boarding a Polarcirkle boat.