Neither snow nor rain nor heat nor gloom of night stays these couriers from the swift completion of their appointed rounds...

Oh, and deliver mail at the same time.   Not this courier.

It all began Monday morning because Sunday evening there wasn't a hint of what was going to happen while I was deep into Daniel Silva's sixth novel about Israeli "operative" Gabriel Allon.   I wasn't looking out the window and I had no idea of the mischief occurring out there.

And I hurry to get dressed and head to the garage where I unload half a truck load of firewood from the back of my truck because the mini-van still has summer tires and no way was I going to deliver mail in a car with summer tires.

Pablo's pissed, as usual, because he heard the alarm and that means I'm leaving home.  Too bad, Pablo.   Erin's out of town and I'm doing the mail route for her.


We're off and rolling and it's snowing heavily.   The swans are still at Tern Lake because the lake has yet to freeze. 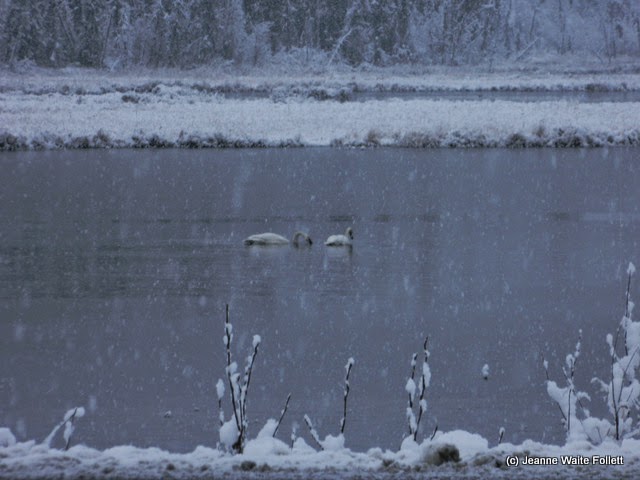 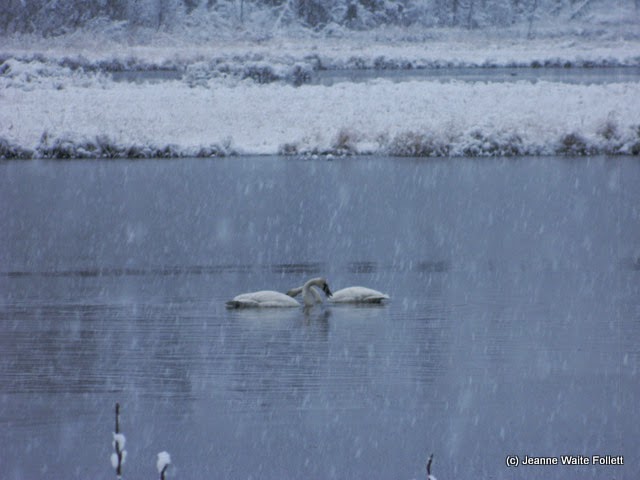 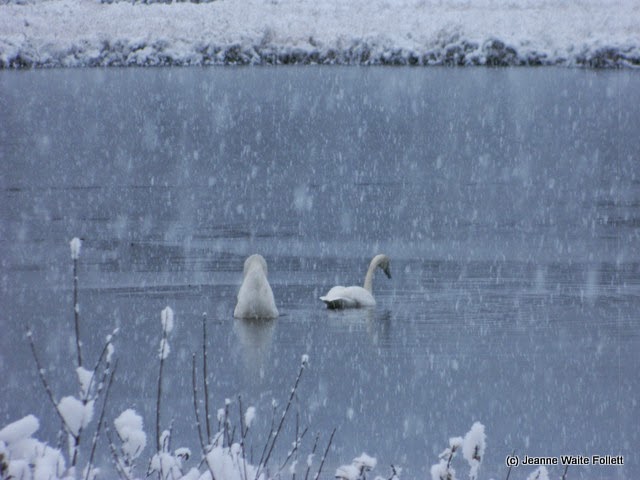 The Seward Highway wasn't bad at all because the highway crews do that first. 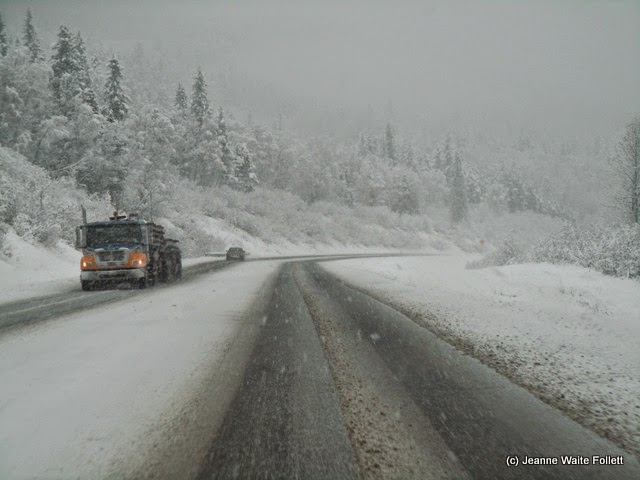 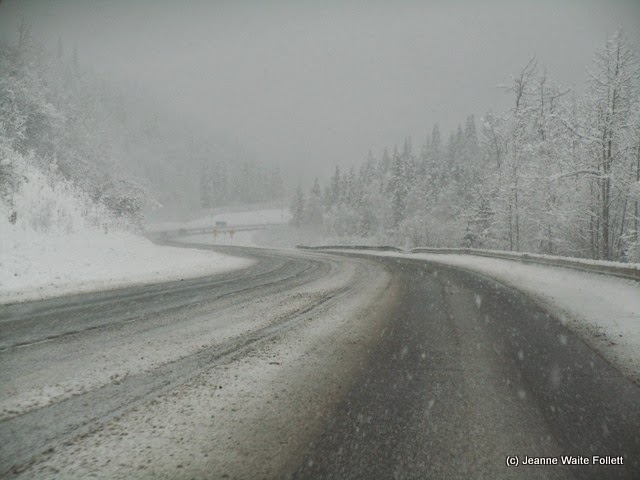 Twenty-five miles later, though, I reach the Hope Road.   This is a low priority road as far as seeing quality time with the snow plows are concerned. 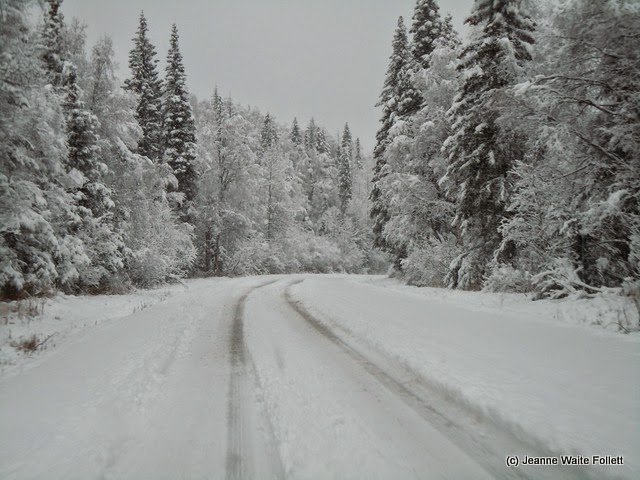 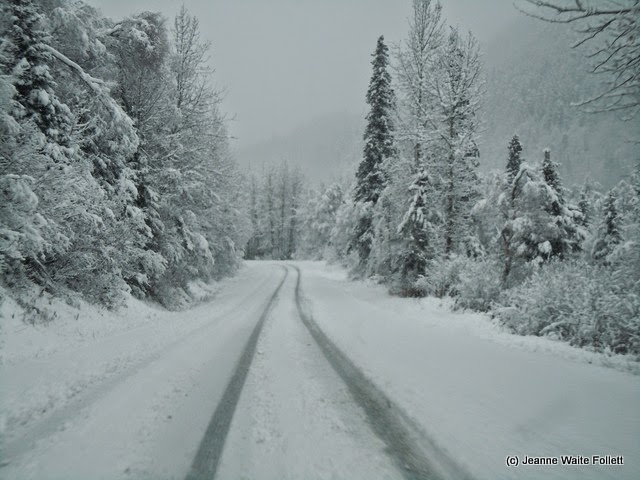 Two ruts down the road weren't bad.   Meeting other cars was okay, too, because the snow as fairly light.   We each pulled over as far as we could and passed each other slowly.


Made it to Hope almost on schedule, picked up the mail, and headed out. 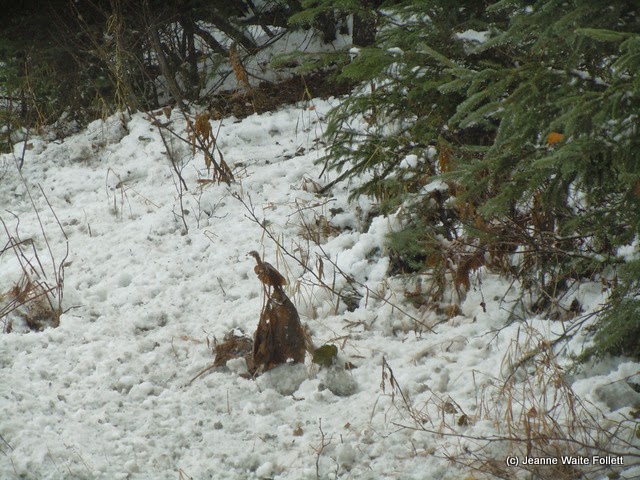 This is when things got dicey.   The snow was wetter and more tracked up, the kind that likes to toss you around just to make sure you are paying attention.   And have a death grip on the steering wheel. 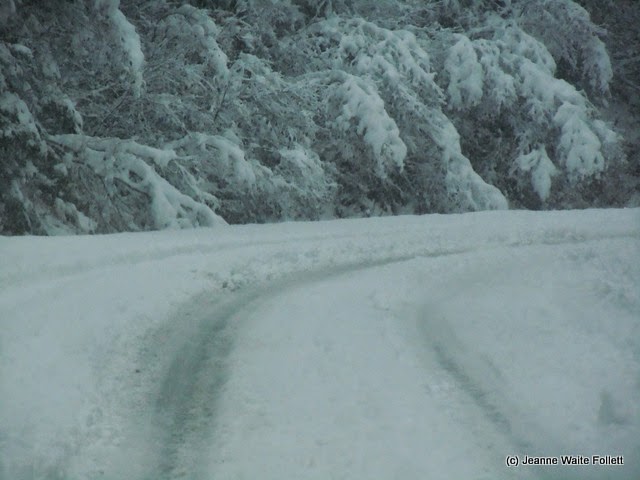 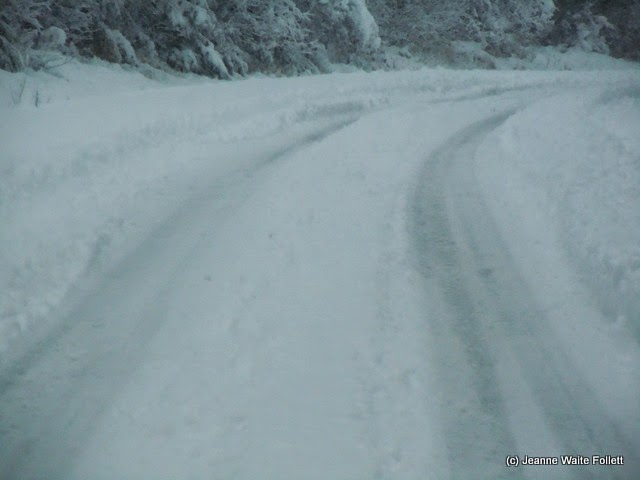 And 45 minutes later, I reached the Seward Highway and headed  for Cooper Landing to deliver more mail. 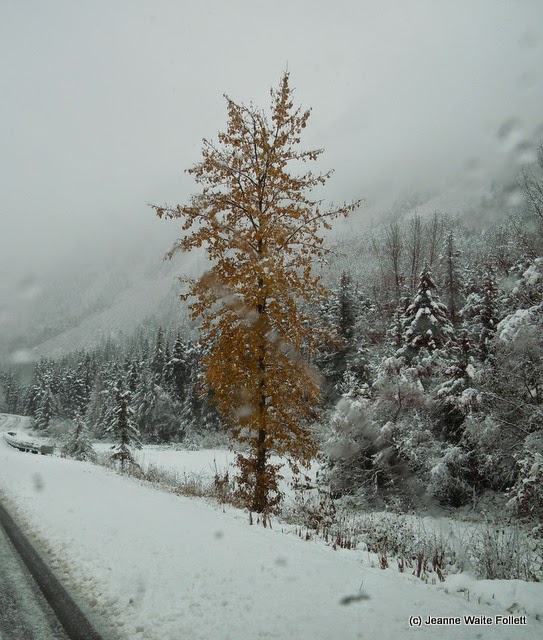 And it was fine.   The storm was breaking up and everything was wonderful. 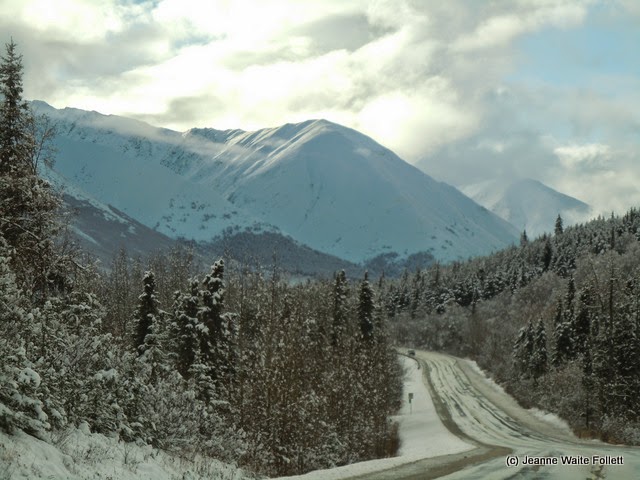 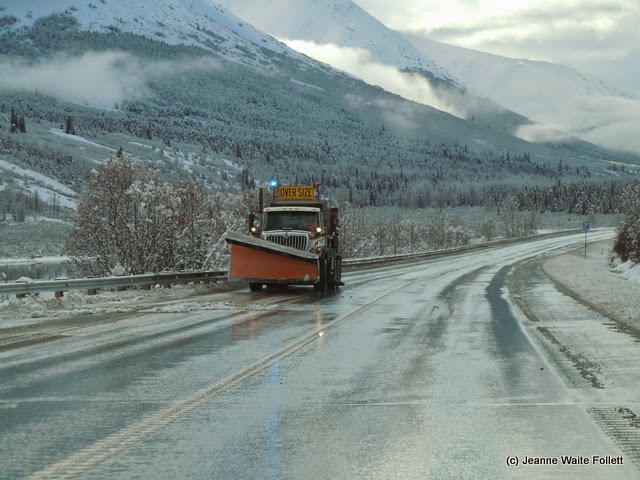 I glanced at Jerome Lake as I went by and pulled into a rest area.    This is the strangest looking ice I've ever seen. 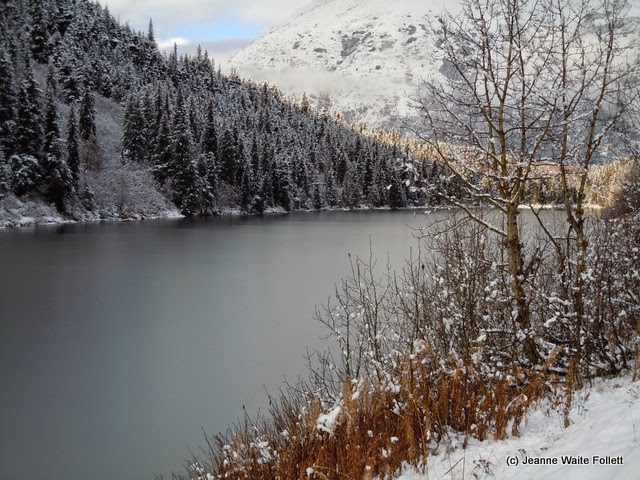 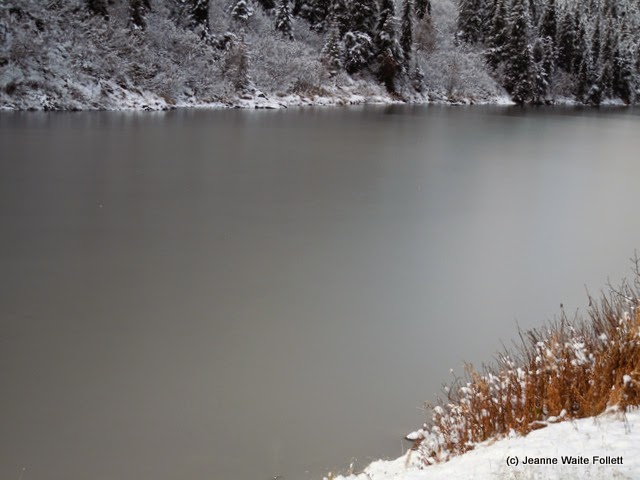 And driving conditions in Cooper Landing?   Ten miles from my house, there was almost no snow.