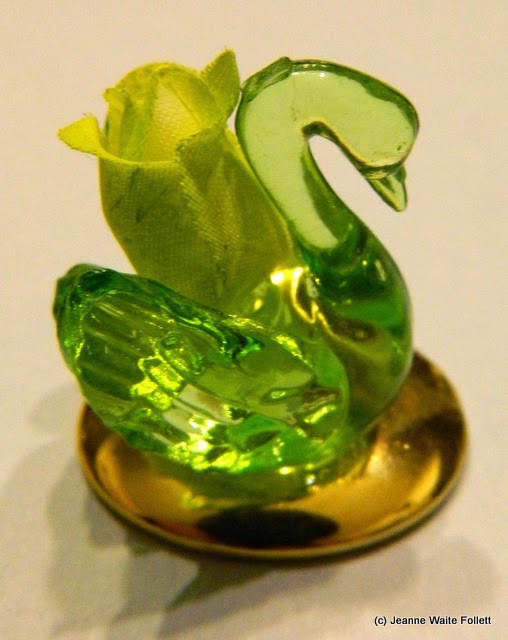 In the late 1800s, Ludwig I of Bavaria died, leaving his fortune to his son, Ludwig II, who embarked on an expensive and extravagant project of building the castle he so often imagined in his daydreams.

That fairyland castle today is known as Neuschwanstein or "The Swan Castle."   I had wanted to visit it since I first saw a photo of it on a jigsaw puzzle when I was a child.   A couple years ago, I did and it was everything --and more--than I had imagined.

The swan is the symbol of Ludwig's family and while lovable for its beauty and grace by itself, it is especially significant to me and the young girl I used to be who dreamed of walking in Mad King Ludwig's palace.


So when I drove to Tern Lake a couple days ago, I was thrilled to see a family of swans right next to the pullout, no more than twenty feet from me.   They had been elusive since their arrival at the lake this week, preferring to stay on the far side, away from people.  I guess that's understandable with their seven (!) cygnets to shepherd  around to the best eating spots and to keep them safe from harm. 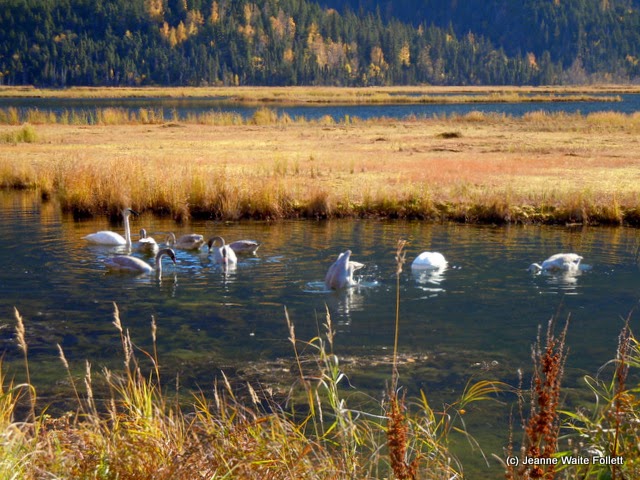 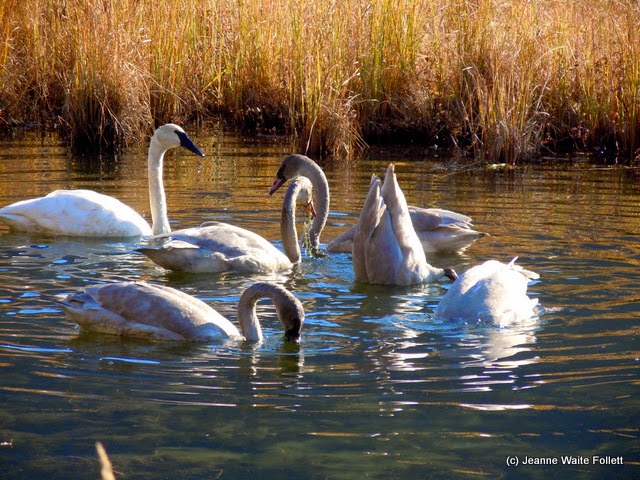 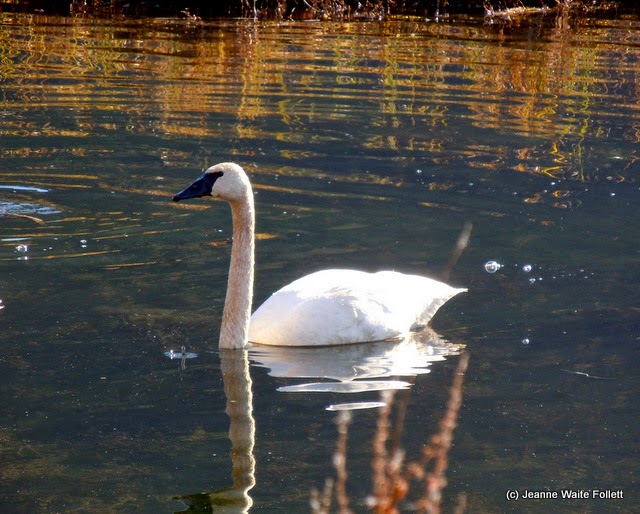 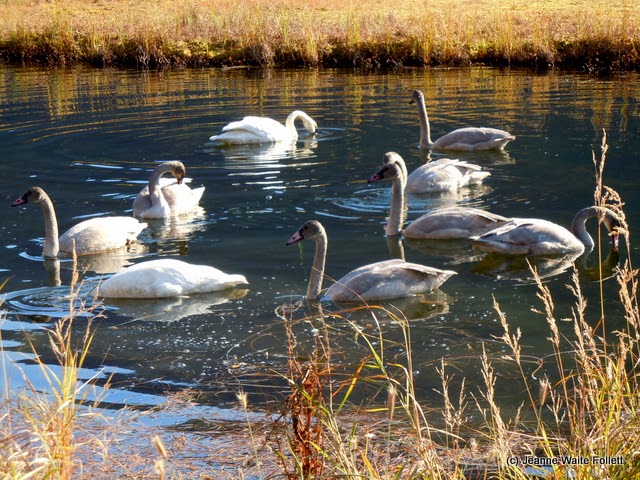 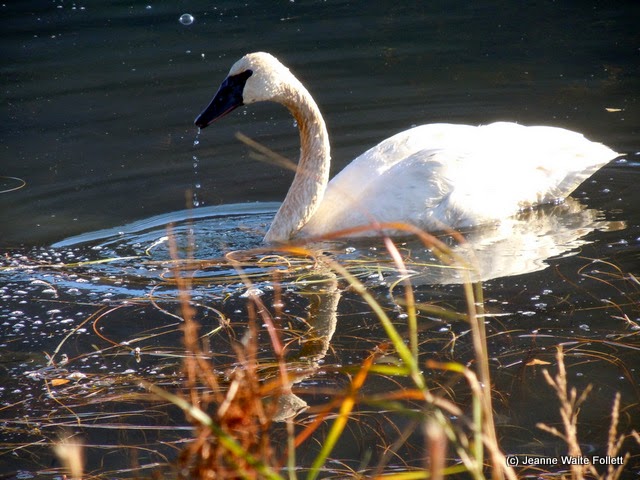 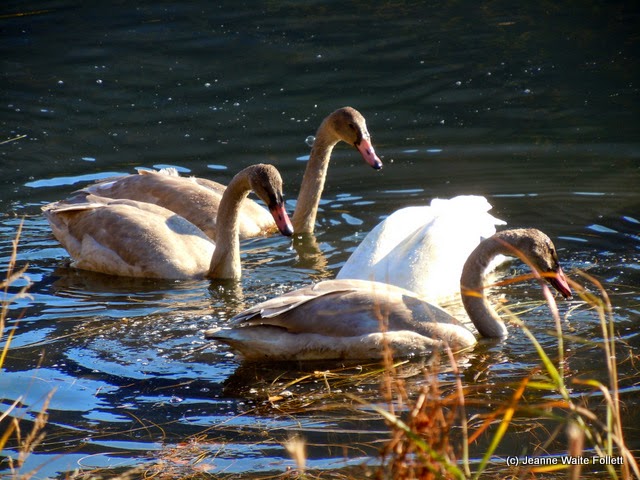 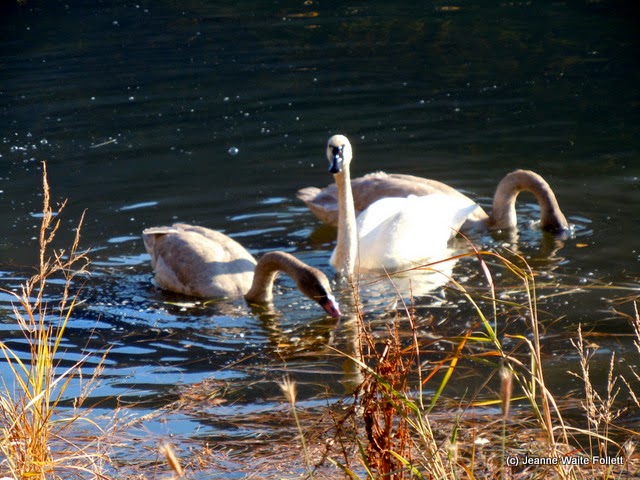 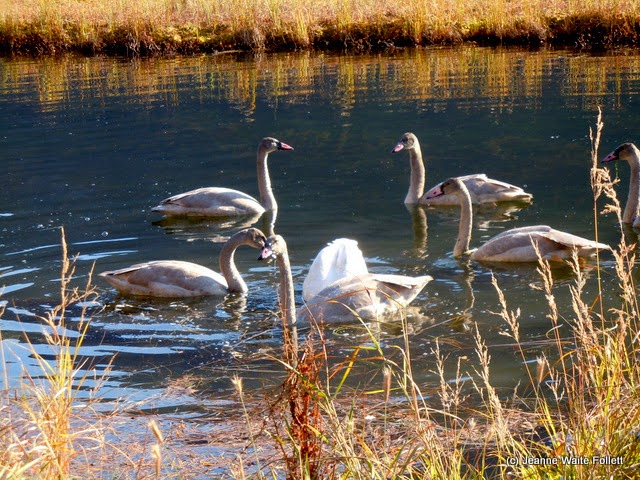 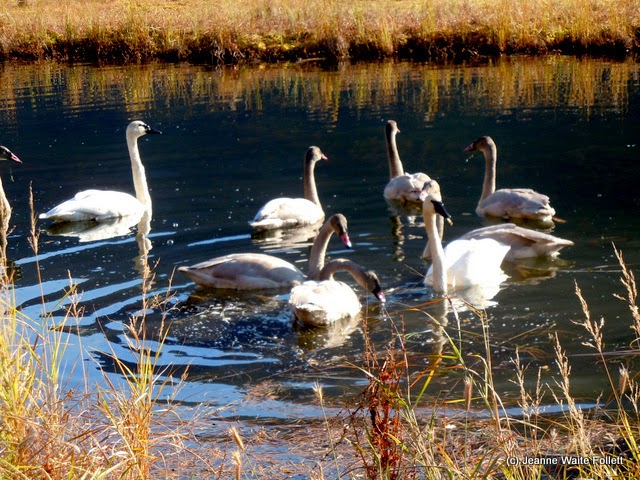 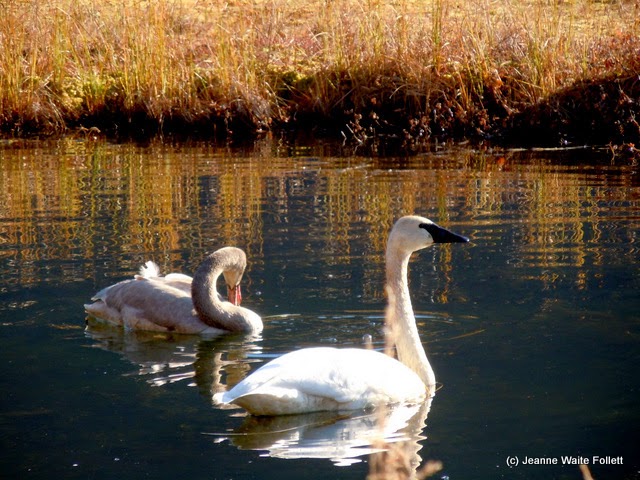 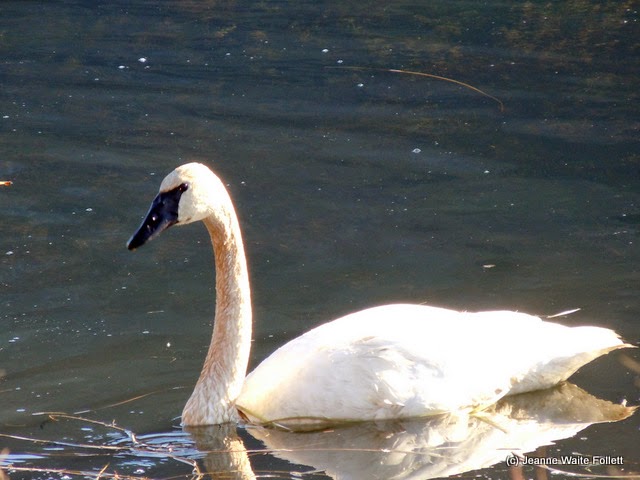 A car full of noisy people emptied and began taking pictures.   An adult swan headed for an island, followed--eventually--by her flock. 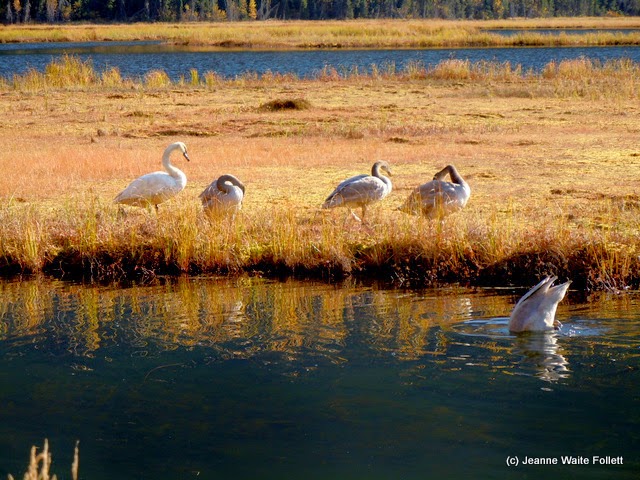 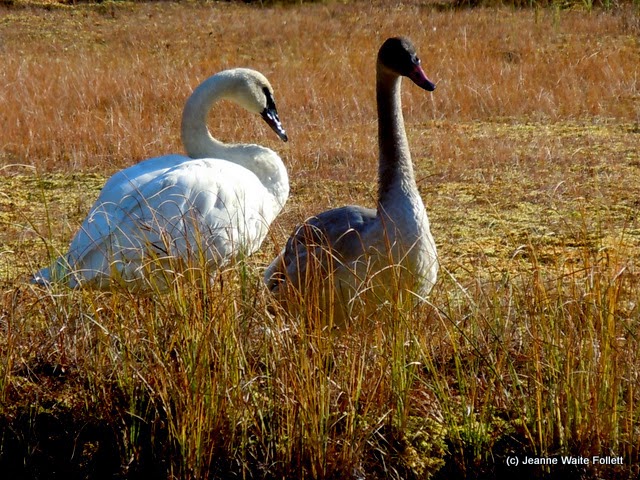 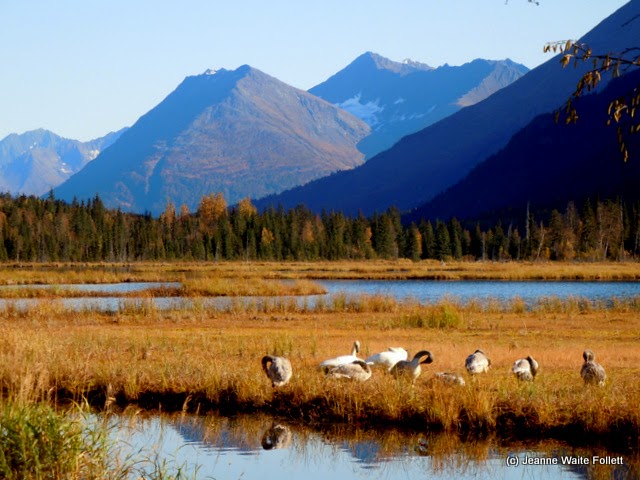 Too much noise, too many people.   Away they go, high-stepping on the soft moss. 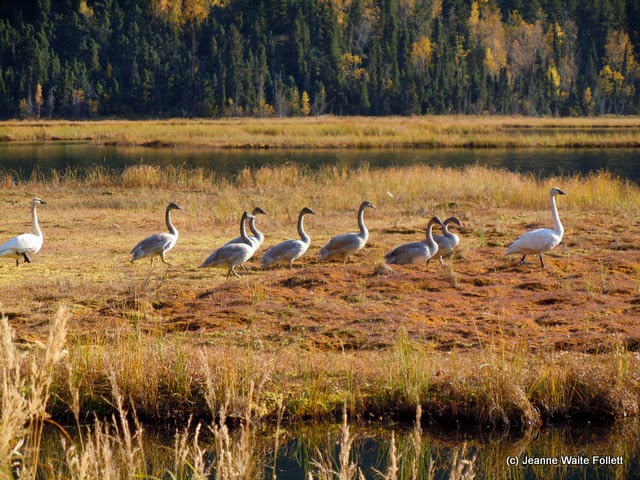 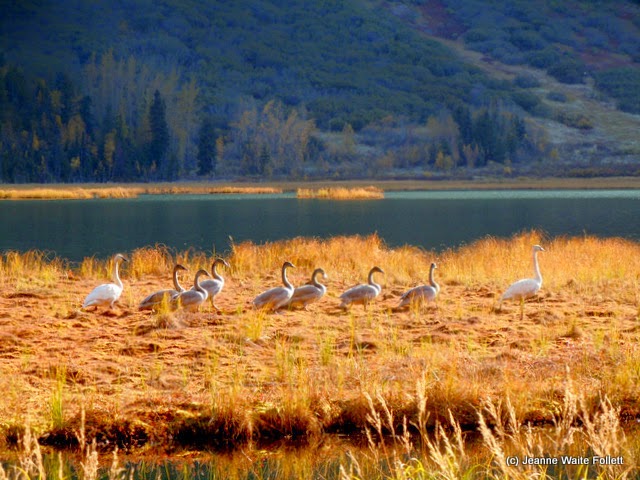 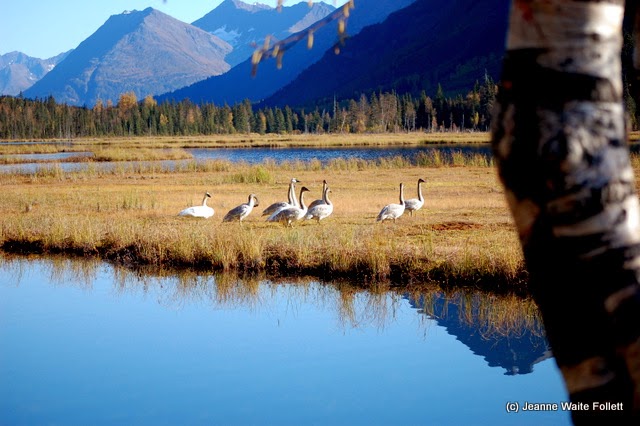 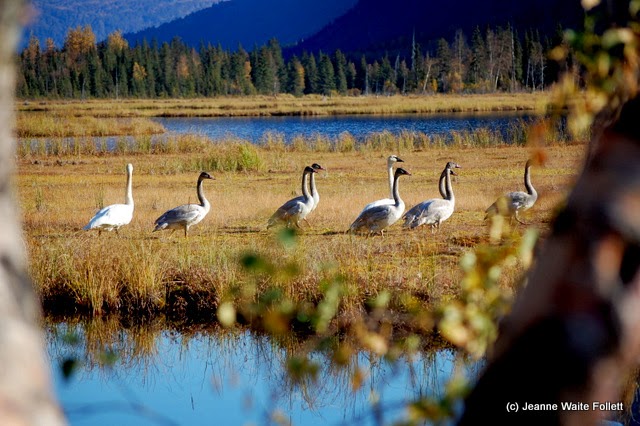 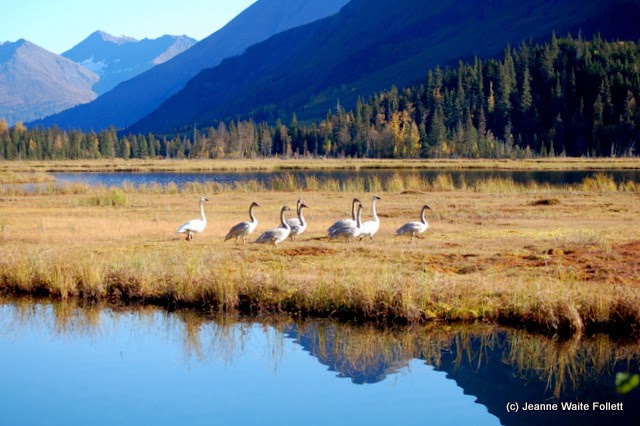 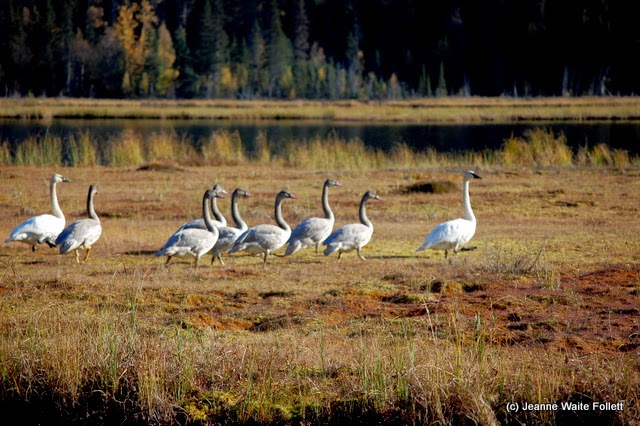 And back into the water. 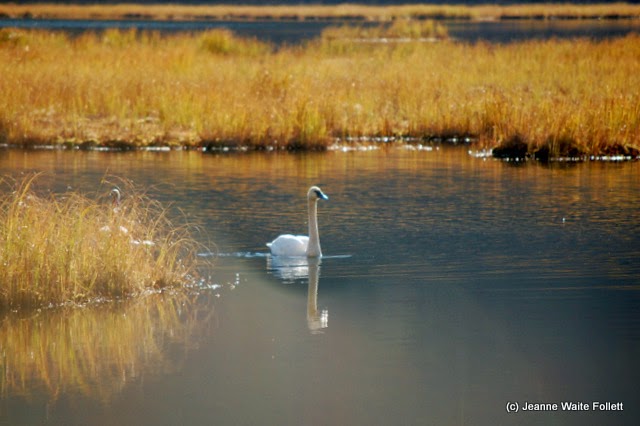 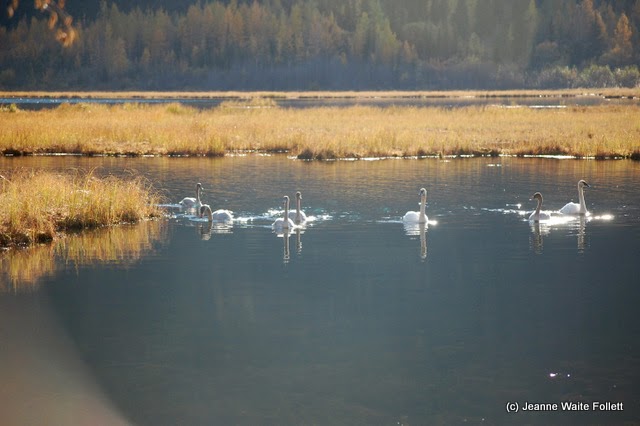 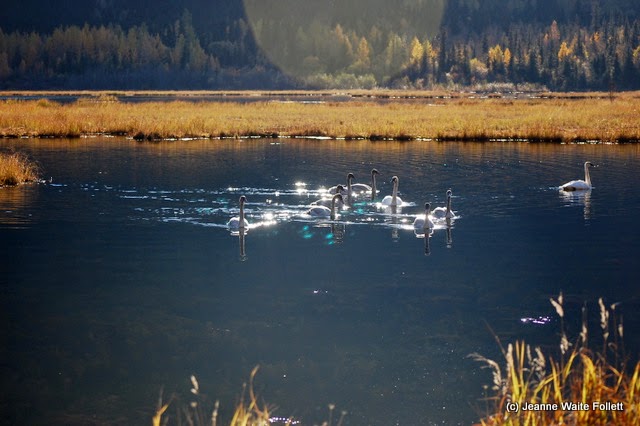 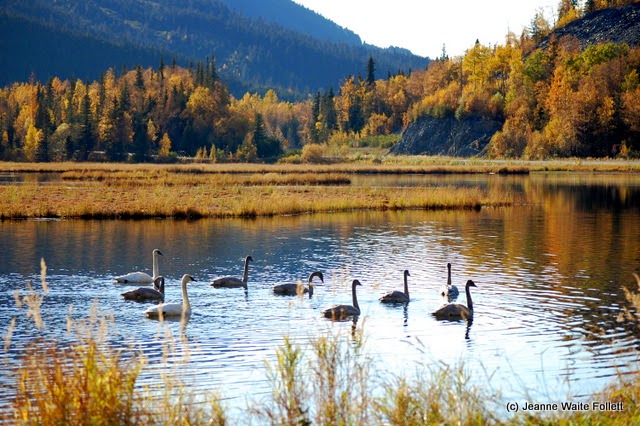 And the far end off the lake is where I found them a couple hours later. 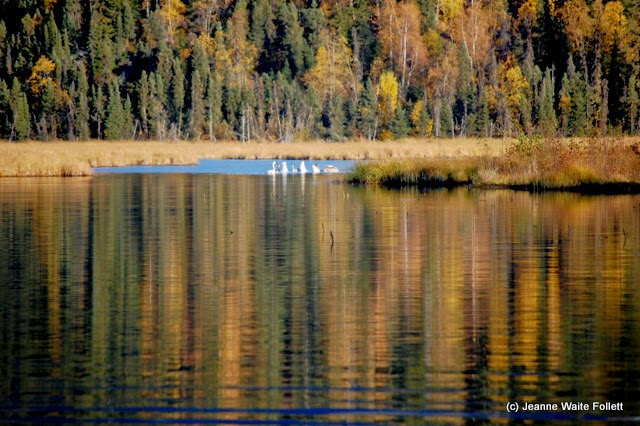