No Such Thing as Trash Service around Here

No, there's no trash service in these rural communities.   No such thing as wheeling your city-approved garbage can out to the sidewalk the night before the garbage truck comes along.  For one thing, there's no sidewalks.   For another, if some idiots didn't shoot the can full of holes like they do the highway signs, the bears would have lots of fun getting into the garbage which the ravens and magpies would then carry off hither and yon and the whole country would look like a landfill.

Around here, we haul our own trash to a borough transfer site and throw it in large green roll-off containers, which are now built to keep the bears and birds from enjoying the trash.   That's as opposed to a few years ago when someone dumped trash on top of a bear in the dumpster, then ran like hell when he realized what he'd done.   Or, the ravens and magpies would carry off the better-smelling trash and spread it hither and yon until the country looked like a landfill.

At the Cooper Landing site there's a sign recommending you honk your horn in case there's a bear trying to figure a way into those scrumptious-smelling green containers.  Before the Moose Pass transfer site was moved out of the center of town a few years ago, I was picking up litter at the site alongside a chainlink fence that had plastic strips woven through it so you couldn't see through it.   I left when something BIG bumped into the fence on the other side.   It wasn't a dog!

So, with that in mind, I loaded up my household trash this afternoon and headed for the trash transfer site in Cooper Landing, about nine miles from home. 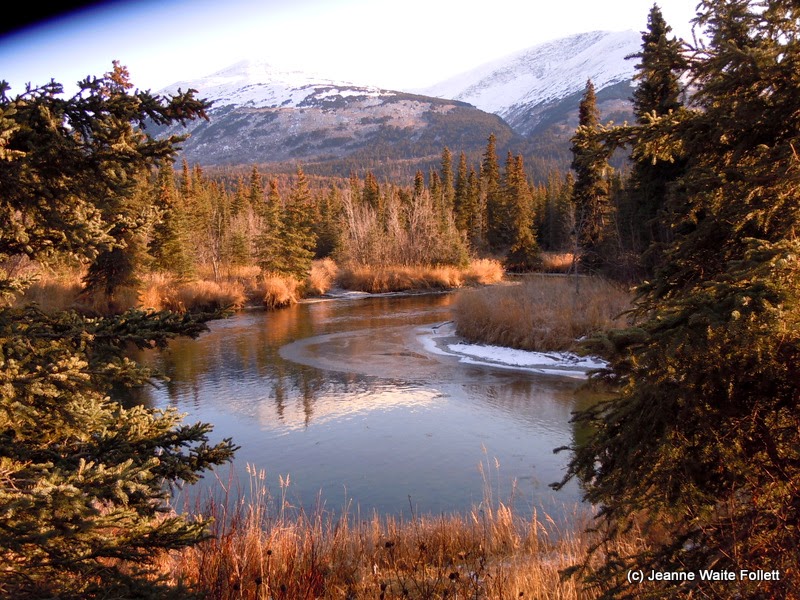 Bright, sunny, and warm enough at 17 degrees,  and two hours until the late football game started, I left two pots of soup stock simmering on the stove and headed for the dumpsters.  I'd been seeing some litter along the side of the road the past two weeks while I did the rural mail route, and figured I'd stop along the way and pick that up.   Cooper Landing got just a dusting of snow earlier this week, so the litter was visible. 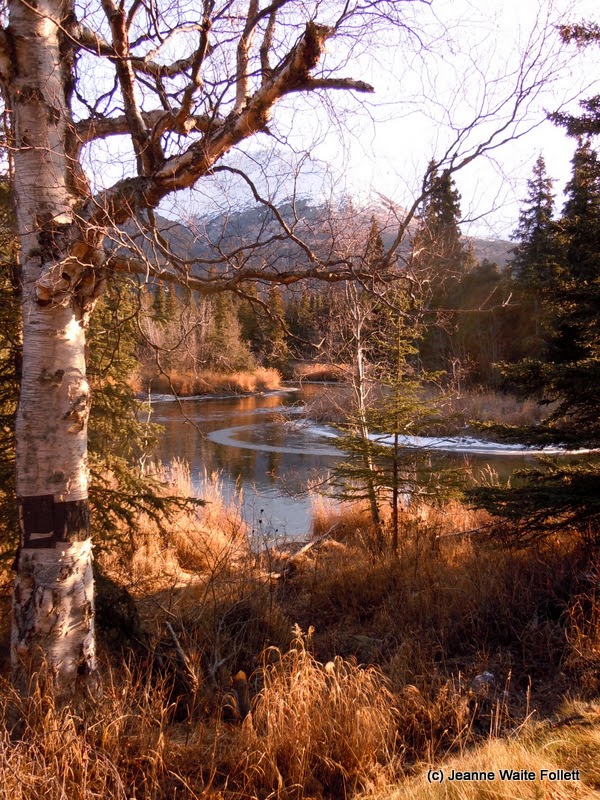 Well, one piece of litter always leads to the next piece of litter, and before I reached the transfer site I'd filled four bags with litter AND found a brand new fishing pole still in its plastic sleeve.   It was right along the shoulder of the road, easily visible, and had been there at least two weeks.  I thought it was a long strip of plastic wrap, the kind that peels off freight and goes airborne.

A guy pulled in the dumpster site and I asked him if he was a fisherman, then presented him with the  new pole.  He was thrilled with it.   One piece, laminated fiberglass, copper-colored.   I made his day, he said. 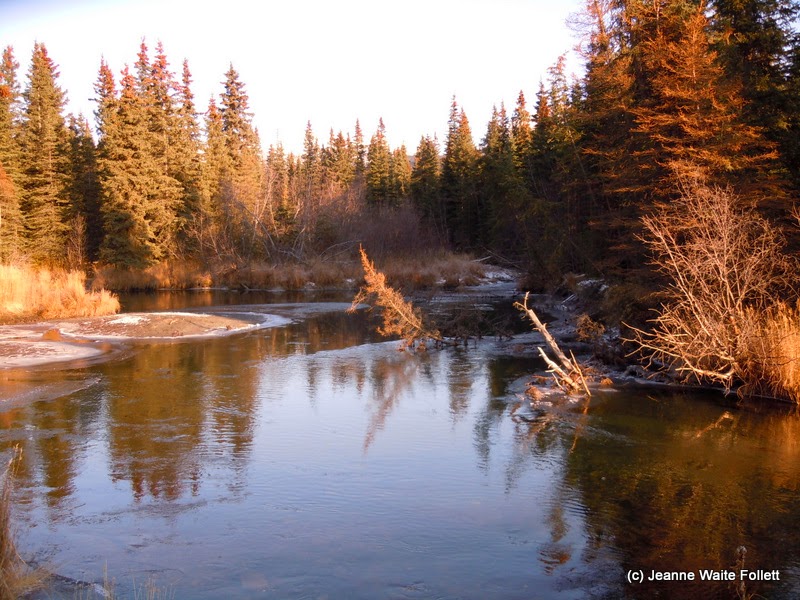 But the best thing about this afternoon was seeing parts of Quartz Creek that I hadn't paid attention to before.   A couple groups from Copper Landing do the litter pick up along the last four miles of this area (I do the first five), so I had no reason to be walking this area.   I'm sure the litter I found today was tossed out since they had completed the route for the season. 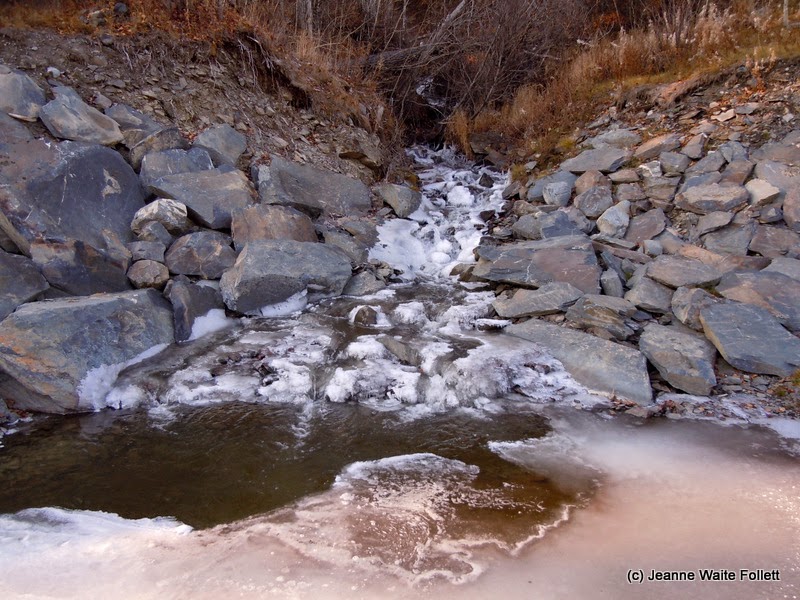 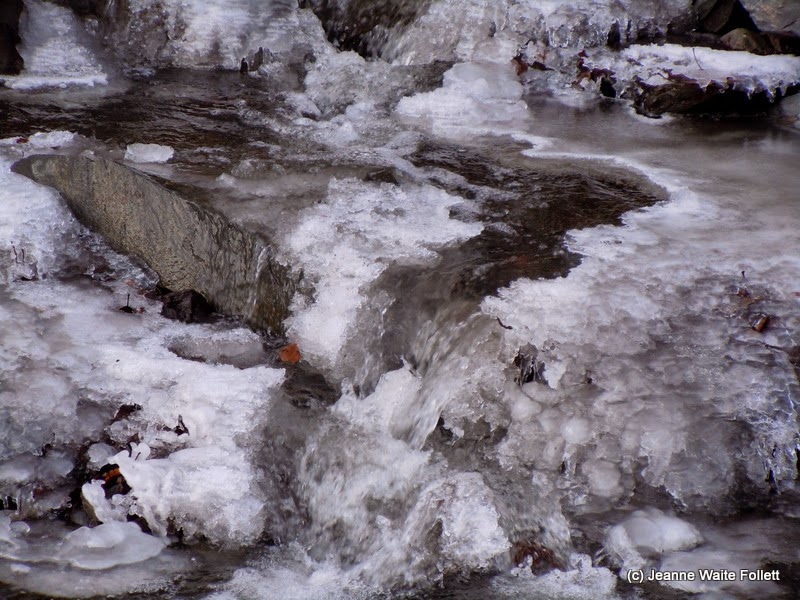 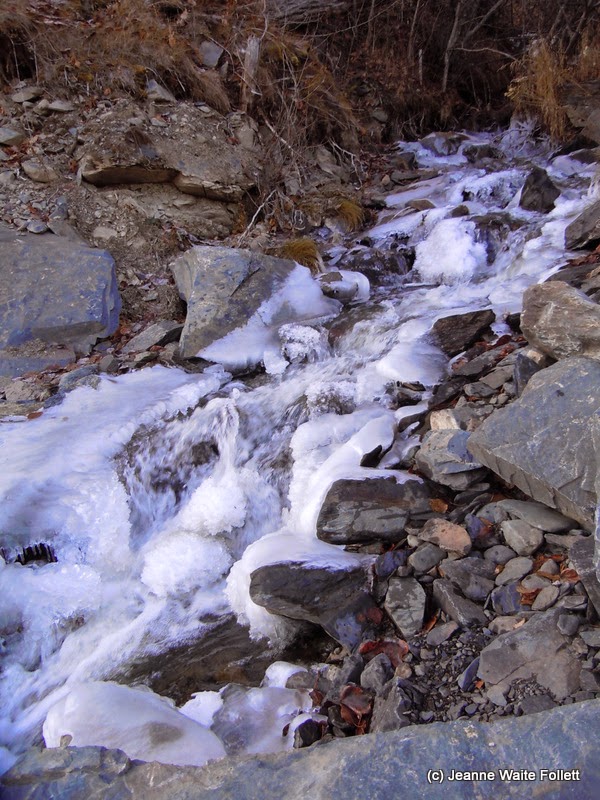 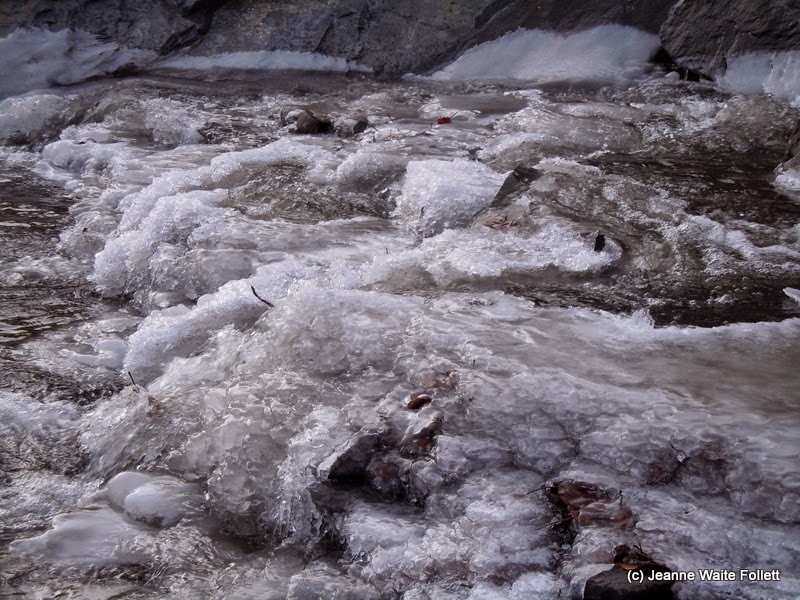 I started back, stopping again to pick up litter.   Then I remembered the two pots of soup stock simmering on the stove and decided to do the "return" portion tomorrow.