Mongolia, A Report from the Field: Downtown, Where All the Lights are Bright


Five days ago I hit the ground running and didn’t stop until today.   Now I lie in bed on the morning of my sixth day in Mongolia, luxuriating in my comfortable bed at the Sunshine Hotel and kind of wishing I could just stay here as long as I want.

But, Cap has other ideas—as well as errands to run in the heart of the city.   He also wants to show me around downtown Ulaanbaatar.


I drag myself out of bed, shower, and dress for the occasion—nothing fancy, just comfortable clothes for walking around.   This IS Mongolia, and casual is the norm.

The first adventure is riding the bus a mile or two down the main drag, Peace Avenue.  As usual, the traffic is intense as drivers jockey for position.   It’s best, if you aren’t a resident or a contender, to just close your eyes or look off to the side.

Just listen to the music of the traffic in the city
Linger on the sidewalk where the neon signs are pretty
How can you lose?
The lights are much brighter there
You can forget all your troubles, forget all your cares
So go downtown
Things will be great when you're downtown
No finer place for sure, downtown
Everything's waiting for you
—Downtown, Petula Clark

Downtown, you would think you were in any large city.   Modern buildings sit adjacent to historic ones, and a central square called Chinggis Khan Square also displays a statue of Damdin Suhkbaatar, Mongolia’s equivalent of George Washington, for his role in the 1921 revolution.

The name “Ulaanbaater” is a “gift” from the Soviets who ruled/heavily influenced this country since 1919.  Actually, the name might be a gift to all of us because the Mongolian name was Niĭslel Khüree.  Mongolia's relationship with Russia is a long one.   During the 13th century, the Mongols invaded much of Russia, killing a significant portion of the population.   Then China decided it wanted Mongolia, and so it went.   Mongolia has a long history of relations and trade with both Russia and China. 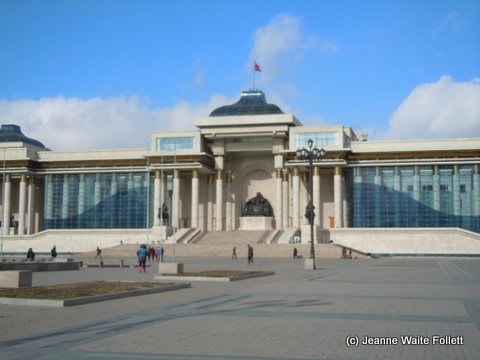 As Cap and I walk across the square, I am approached by a man selling hand-made cards.  The simple, clean art appeals to me, and Cap intervenes to bargain the man down to six cards for 20,000 tugs, or $10.   When Cap asks about envelopes, the man leads us to the adjacent post office (one of Cap’s favorite places) and helps translate. 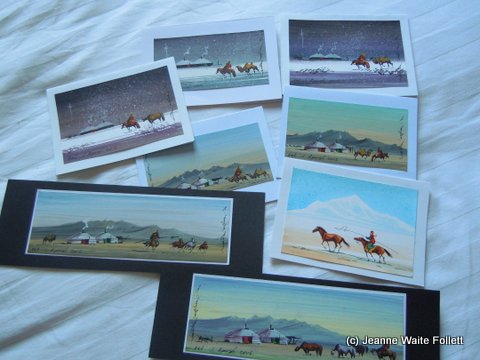 Cap and I have lunch at a KFC (for fun and the coleslaw) and share a slice of Black Forest cake at the impressive Blue Sky hotel right across from Chinggis Khan square. 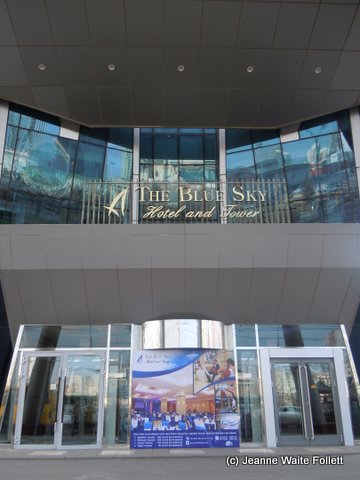 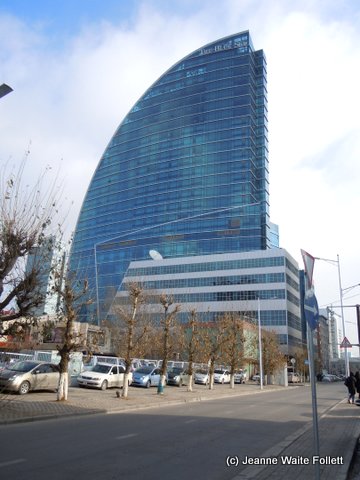 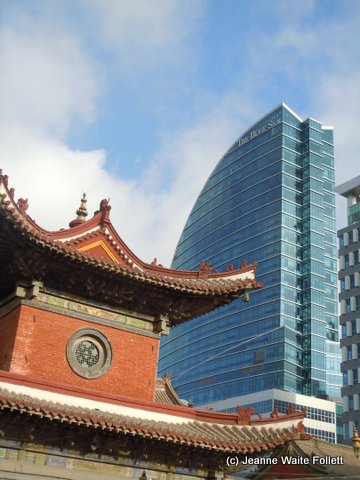 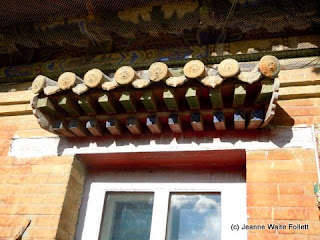 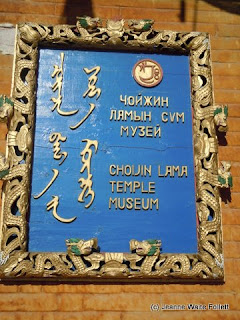 He takes me into the impressive State Department story, a modern, chic, and has everything from foodstuffs to fur coats.  It would fit right into any large city in the U.S. or elsewhere.   I get busted taking photos (not allowed), so take a look at Cap’s story with multiple stealth photos taken over several visits:   http://babakaps.net/?p=16199 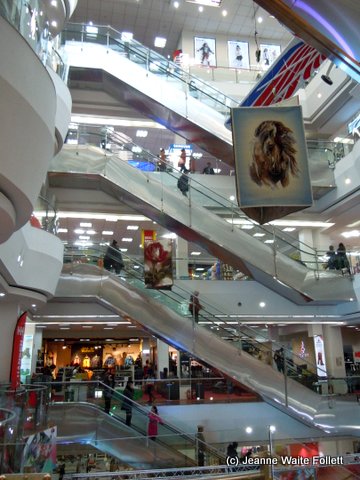 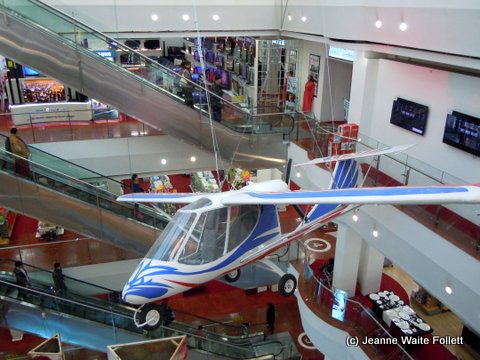 This is what Wikipedia says about the horse head fiddle:


With a population of less than a million, some historians estimate anywhere between 22,000 and up to 100,000 Mongolians were executed during the Soviet era, particularly Buddhist monks.   Since the downfall of the Soviet Union in 1989, mass graves have been exhumed in several places, with civilians and Buddhist monks all executed with a single bullet to the head.

But Mongolians kept their dream alive and they are now heading pell-mell into the 21st century, while keeping close relations and a wary eye on both Russia and China.     It has not been an easy road, with voters fluctuating between communist leaders and democratic leaders.


On a crowded bus ride back to the Sunshine Hotel, a young woman immediately offers me her seat.  This happens often in this country, whose people are among the most outgoing and friendly of any I’ve found in the world.

This evening we walk a block up Peace Avenue to a Korean restaurant and Patti and I have our first (but not last) opportunity to try the bacon potato salad.


Some of items on the menu we could have chosen, but didn't: 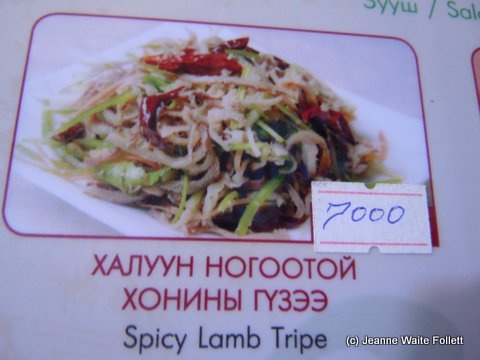 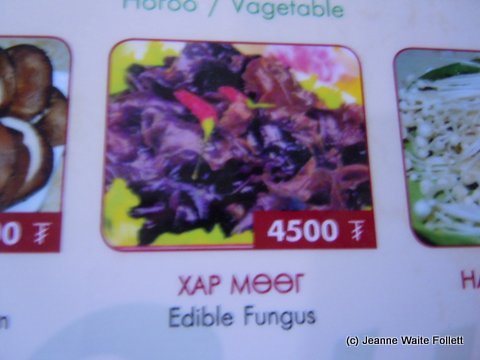 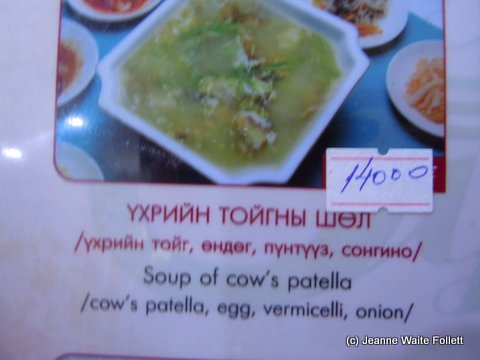 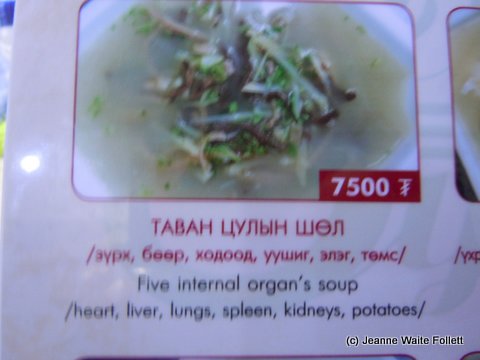 Mongolia's current prime minister, Democratic party leader Tsakhiagiin Elbegdorj, has been widely praised by western leaders for his efforts against corruption and efforts for the environment, but other than a multi-party, prime minister and parliament plan, I’ll be darned if I can tell you what form of government the country has.

It is now declared nuclear-free country and efforts are underway to have it recognized as a neutral state, probably as a way to deter Russia and Chinese from getting any not-so-funny ideas.

Tomorrow, Cap and Patti are going on a two-day tour with Yusef of Terelj National Park, the 13th Century complex, and the Chinngis Khan statue.   It will be Patti’s first opportunity to sleep in a ger.

And I will have two days on my own to get into trouble. 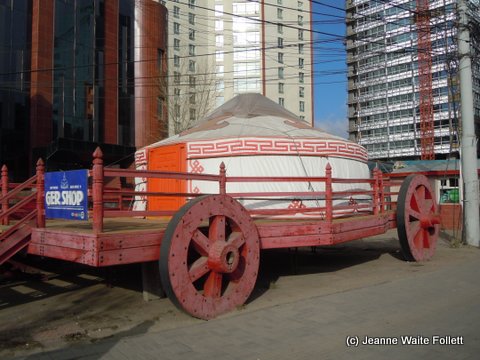 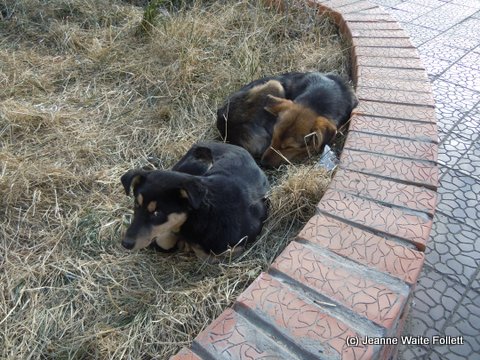 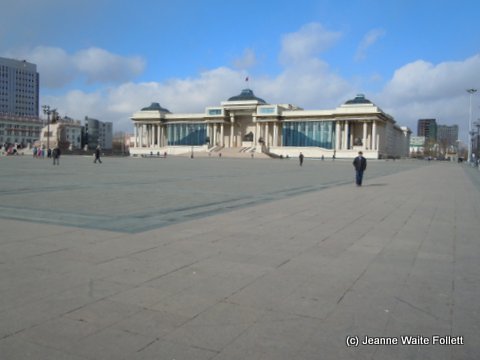 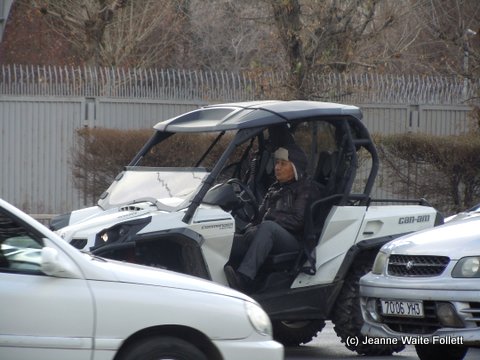 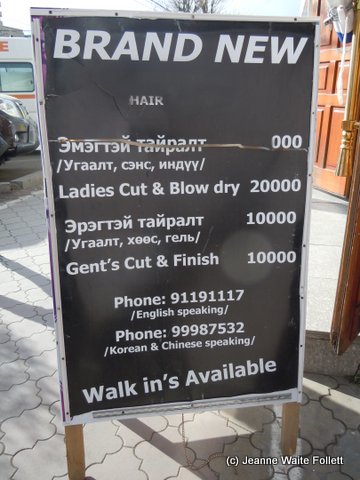 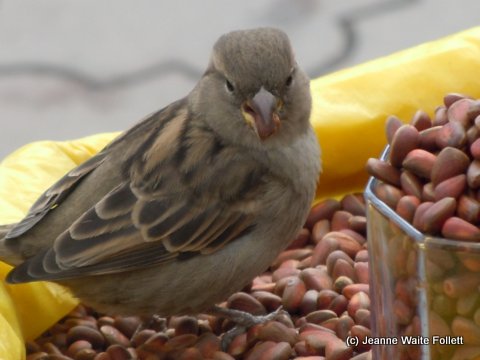 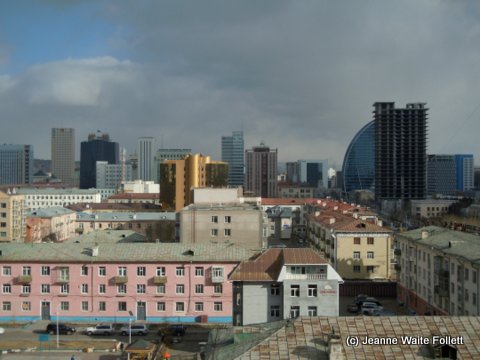 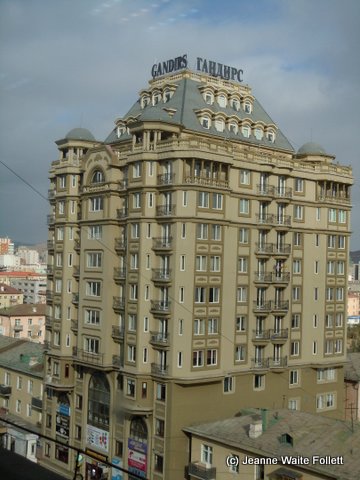 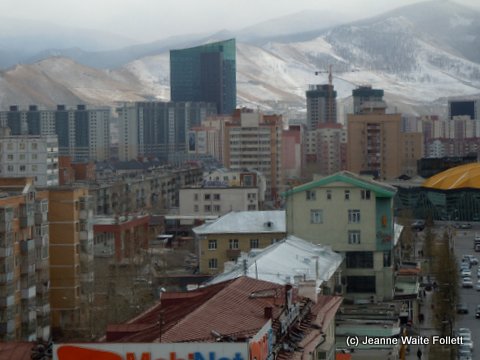 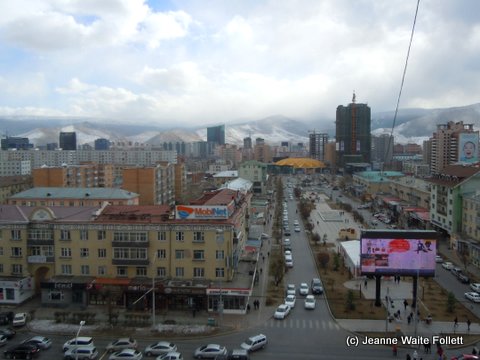 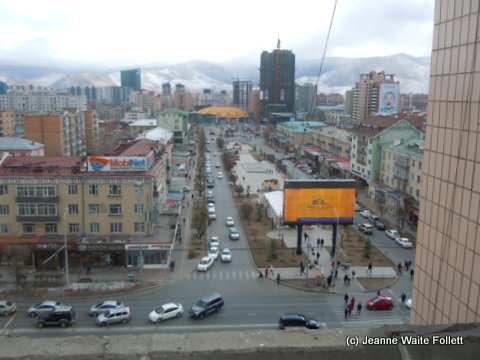 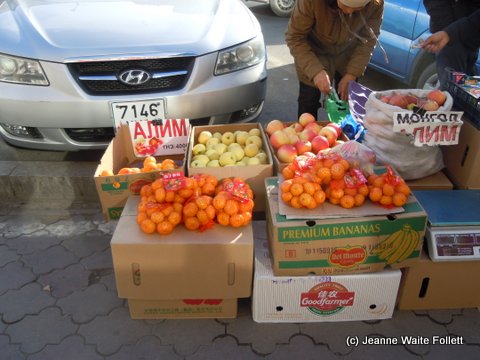