Yesterday and Today: What Lesson Does Pearl Harbor Hold for Us?


Monday, Dec. 7, will mark the day when, seventy-four years ago, the United States was bombed into participating in World War II by a surprise Japanese attack on the U.S. naval fleet in Pearl Harbor.


Subsequent to that, up to 120,000 residents of Japanese descent were interned in camps in the U.S., ostensibly because they posed a danger to the country if the Japanese succeeded in a suspected plan to invade the West Coast.   History has shown that one of the reasons was actually racism and fear among other Americans. 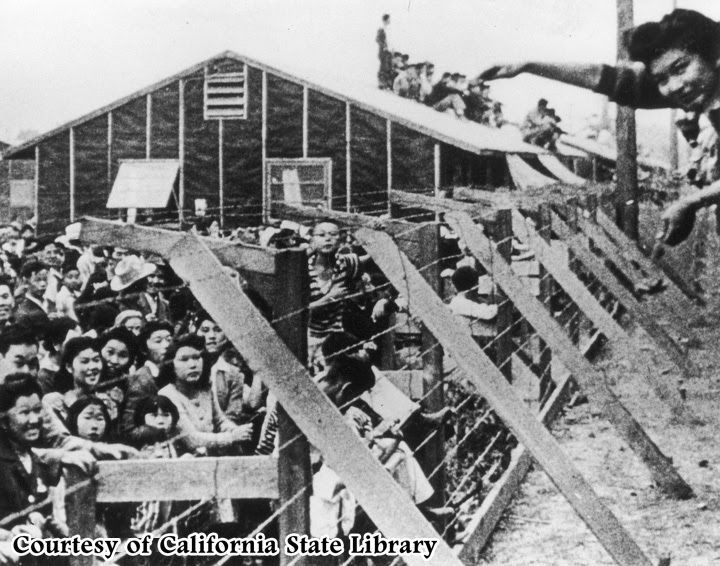 Once Japan invaded Alaska’s Aleutian Islands, 880 Aleuts were removed from the war zone in the Aleutian and Pribilof islands for their safety and sent south of Juneau, where they were forced into survival conditions in old canneries.  For most of these Alaskan natives, the culture shock was immense.

Ten per cent of these natives died in the abysmal conditions as they languished for years.   Those who returned to their islands found their homes ransacked and destroyed, often by U.S. troops.

These days, the United States again faces threats from within and without.  I am beginning to understand the moral dilemma of our parents’ generation in the face of their fear and suspicion.   We wonder what the "right" course of action is.   How can we allow war refugees into our country and also protect us from infiltrators who mean us great harm?


In San Bernardino today, a woman is suffering greatly because she saw things, yet kept quiet for fear of being branded a racist, or of profiling.   Now fourteen people are dead, and many more wounded.

We have been taught that profiling people because of their ethnicity or religion is somehow bad, that it makes us racist and intolerant.  And yet, our leaders caution us to be vigilant and speak up if we see something suspicious.   If I see someone of a certain ethnicity, perhaps reading from a certain religious book, am I a racist because I surreptitiously look for suspicious bulges under their clothing,  observe their demeanor for anxiety, or look the other way if that person tries to light their shoe on fire?

I spent a long airplane flight from a dangerous country back to the U.S., seated next to a young man of a certain age who read his ornate Koran the entire trip, and was kind enough to assist me with a carry-on in the luggage bay overhead.

I am also reminded of the Nazis, and later the Stasi (the East German police), and the people of the Soviet Union, whose leaders urged the populace to report suspicious activities.   When their records were later exposed to public examination, it was found that neighbors spied on neighbors, and family members tattled on each other.

People around the world have been hoping peace-minded Muslims would denounce the radical elements in their religion, and a few groups have done that.  But is denouncing enough?   And will it have any effect?   Or will that serve only to make us let down our guard enough for the wolf to attack the flock?

I don’t have the answers to the problems we face today, but I am compelled to keep the past in mind as we try to find our way through a prickly and deadly brier patch.