Dinner with Alice while Sitting on Obama's Chair

(A brief time out from the Mongolia reports to bring you this breaking news....)


Can you imagine what having dinner would be like when you’re dining with pilots, journalists, and movers-and-shakers?  (I don’t mean belly dancers; I mean people who have a history of getting things done.)

I tried to beg off when my neighbor Carole called and invited me to accompany the others to a catered dinner in Anchorage at the home of Alice Rogoff.   Gasp, I though.   Someone I don’t know.   Football playoffs.   Strangers.   Breaking my reclusive winter hibernation.

What would I say?   Would I be tongue-tied as I usually am in public settings?   What if she’s an opinionated harridan?   Would she scare me into silence?

And Alice?   Big time mover and shaker.   Google her.  Definitely Google her. Owner of the newspaper where I worked when I was a kid of 18 in 1960.  I’d come full circle if I met her, wouldn’t I?   That did it.   I called Carole back and accepted.  Damn the reclusive hibernation.   Maybe I wouldn’t even be noticed. 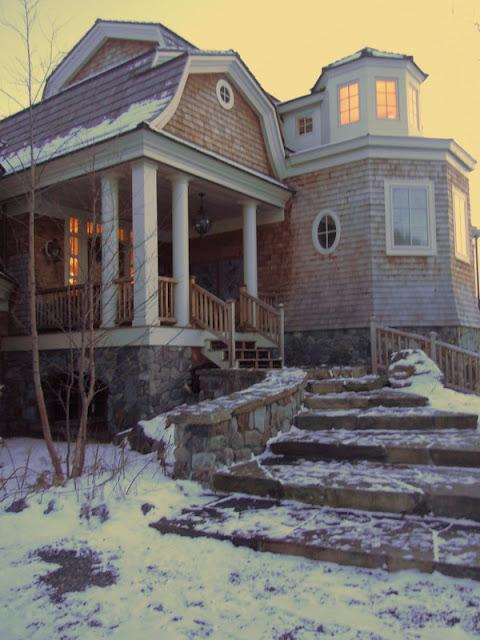 The occasion resulted from an annual auction to raise funds for the Alaska Sea Life center in Seward.  The dinner was to be catered by Travis Haugen, one of the owners of the popular Southside Bistro in Anchorage, and Alice had offered the use of her home as the venue.   Carole and her husband Bruce won the auction. 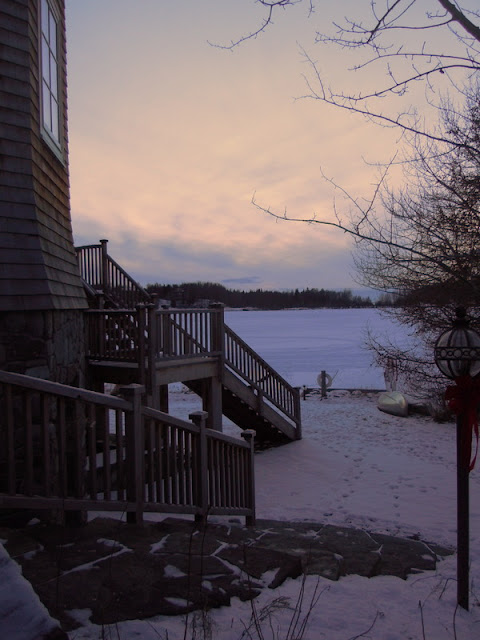 Joining us would be Willard and Beverly Dunham of Seward.   Willard plays a large part in the past and current history of Seward’s development.   To borrow an advertising bit, “When Willard speaks, people listen.”  His wife Bev also is active in Seward and once owned the town’s only newspaper, The Phoenix Log.

When I first met Carole, she worked as a reporter and Bev’s right hand for the paper.   Now, she and husband Bruce have their own contracting business.   That required Bruce to make frequent trips to Fairbanks and points in between to their various job sites.    Hence, expediency demanded he have his own small plane.  He now has three small planes and I watch him take off and land on the small gravel strip behind our homes.

Also with us were Rick Smeriglio and Ellen O’Brien.   Ellen is an ANP (Adult Nurse Practitioner) and has worked in various positions in the medical field.    What can I say about Rick?   He’s worked for both the state and the Feds in park and forest service positions.   He’s active in community and environmental concerns.  Currently, he’s a freelance journalist.   Last year he covered President Obama’s visit to Seward.

Which brings him full circle, in a way, because Alice hosted her friend Barack Obama  and his entourage to a dinner party in her home during his visit to Alaska.

So, I might have sat in the very chair Obama did. 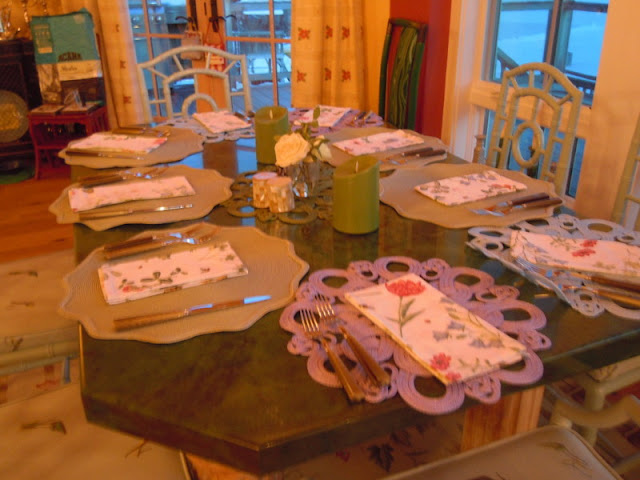 And Alice?   A sprite of a woman who became my BFF as soon as she opened her front door!   Engaging, outgoing, intelligent, down to earth, and charming.   And I failed to get a photo of her because the food was soooooooooooooo    good.

And a good time was had by all.

(As we were leaving, I asked Alice about a photograph of her and her husband with President George H.W. Bush and Mikhail Gorbachev.   It was taken in Prague.   It reminded me of two lectures on Russian history that I was privileged to hear while on a riverboat in Russia.   The lecturer had worked for several years as Gobachev's translator.   The most enjoyable lectures I have ever heard.   Small world, huh?)


I borrowed these photos off the internet:


I also didn't get a photo of Bruce.   If I had the photos restored to my new hard drive, I could post one of him landing his airplane behind my house.   But, I don't.
Posted by Gullible at 5:55 PM