The Kenya Journals, Ch. 7: Sleepless on the Masai Mara

In wisdom gathered over time I have found that every experience is a form of exploration.
- Ansel Adams

While the lions feast on their kill, my attention is drawn to two cubs staring at something across the river. 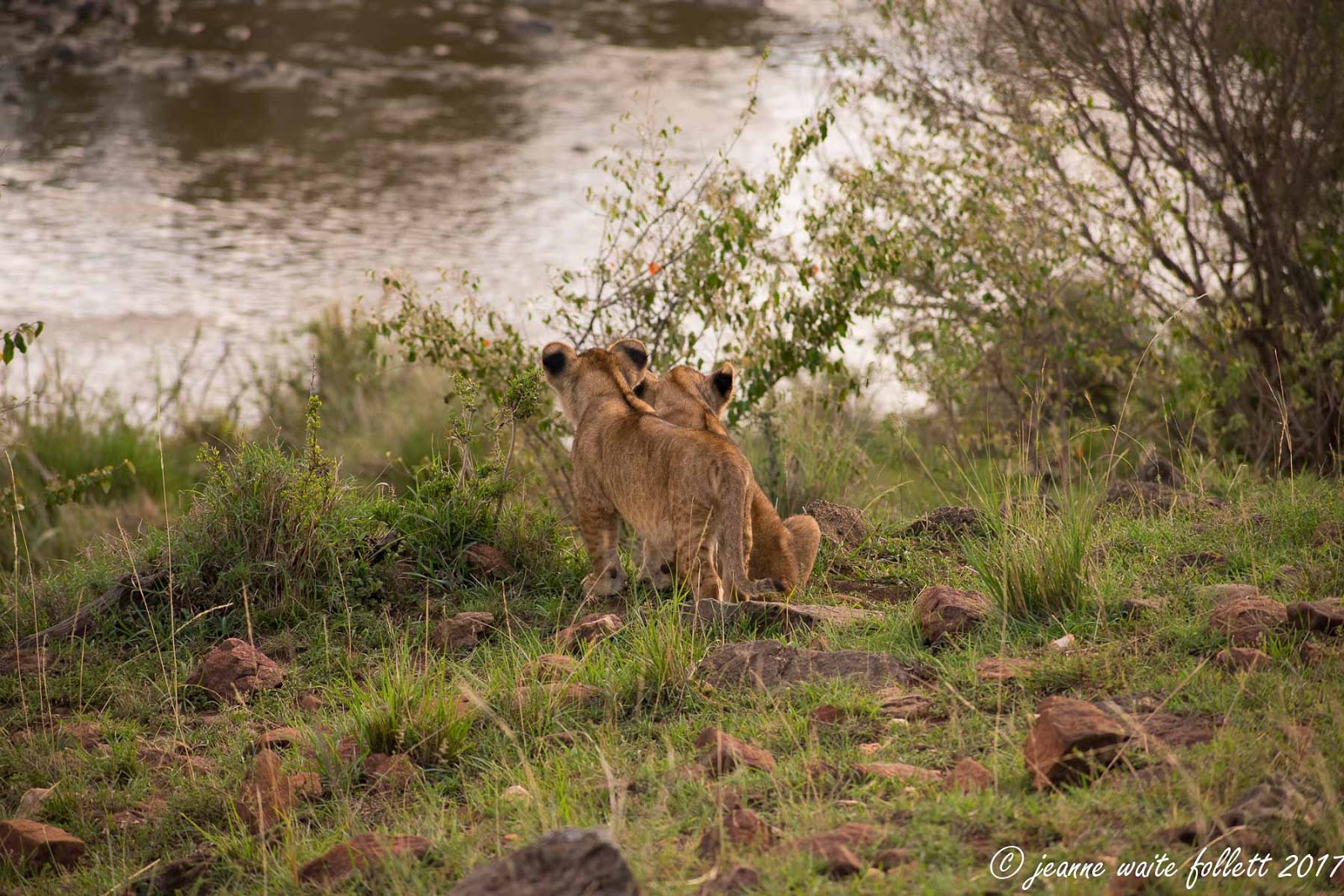 After fleeing back across the river and now safely on the plain, the grazing beasts of the savannah are lined up, watching as the lions consume their prey.  It is almost impossible not to project human emotions upon these animals.   Are they saying to goodbye to one of their own?   Pondering how a simple stream crossing, something they probably have done many hundreds of times, turned so deadly?

It is a moving tableau, and the last thing I expected.   I thought they would still be running from danger, certainly not stopping.

Several giraffes approach the scene with their slow and fluid gait, seemingly drawn to the drama playing out.  They, too, watch the lions. 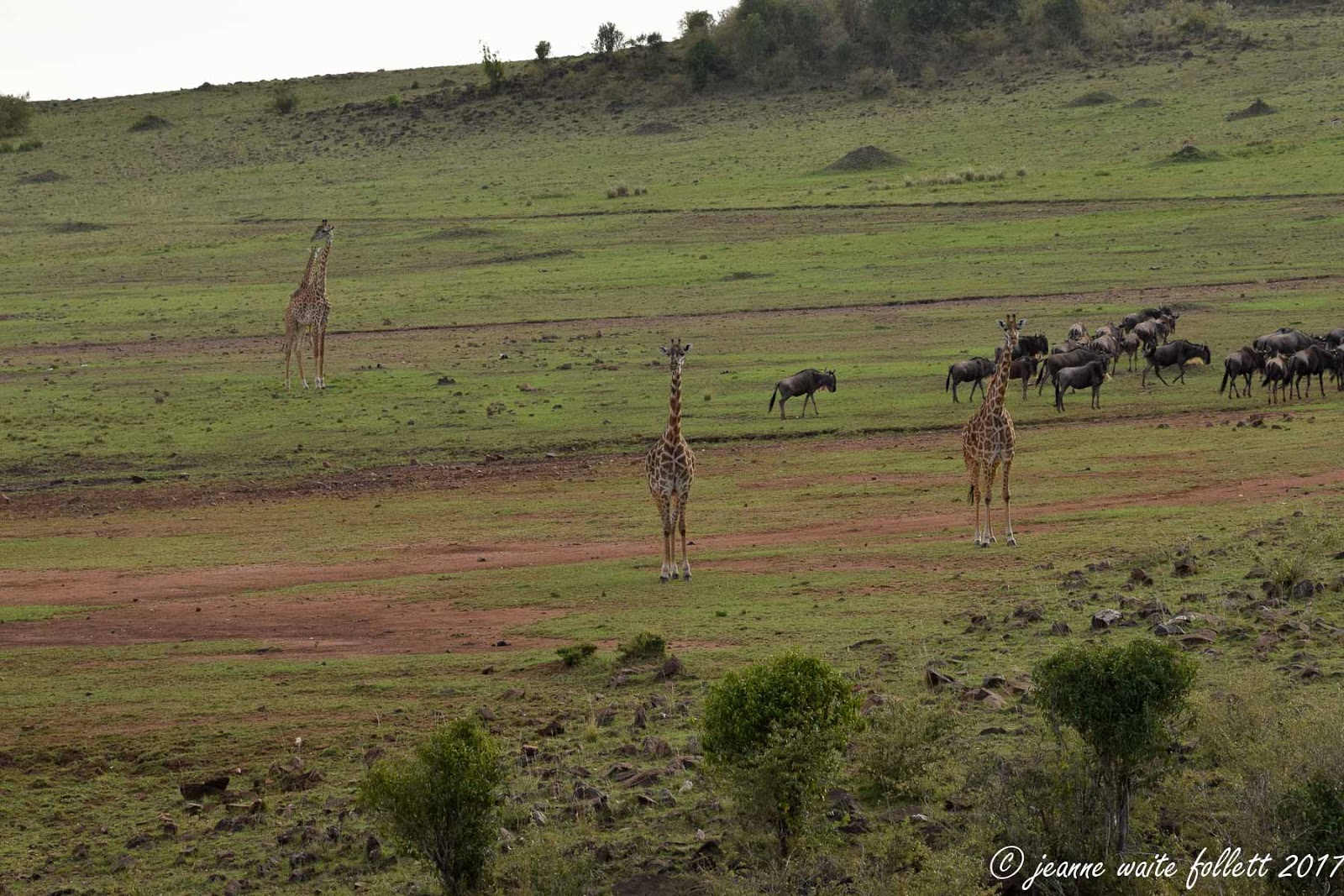 The wildebeest and zebra solemnly walk away, heads hung low.   They move steadily, as if in mourning, not pausing to graze. 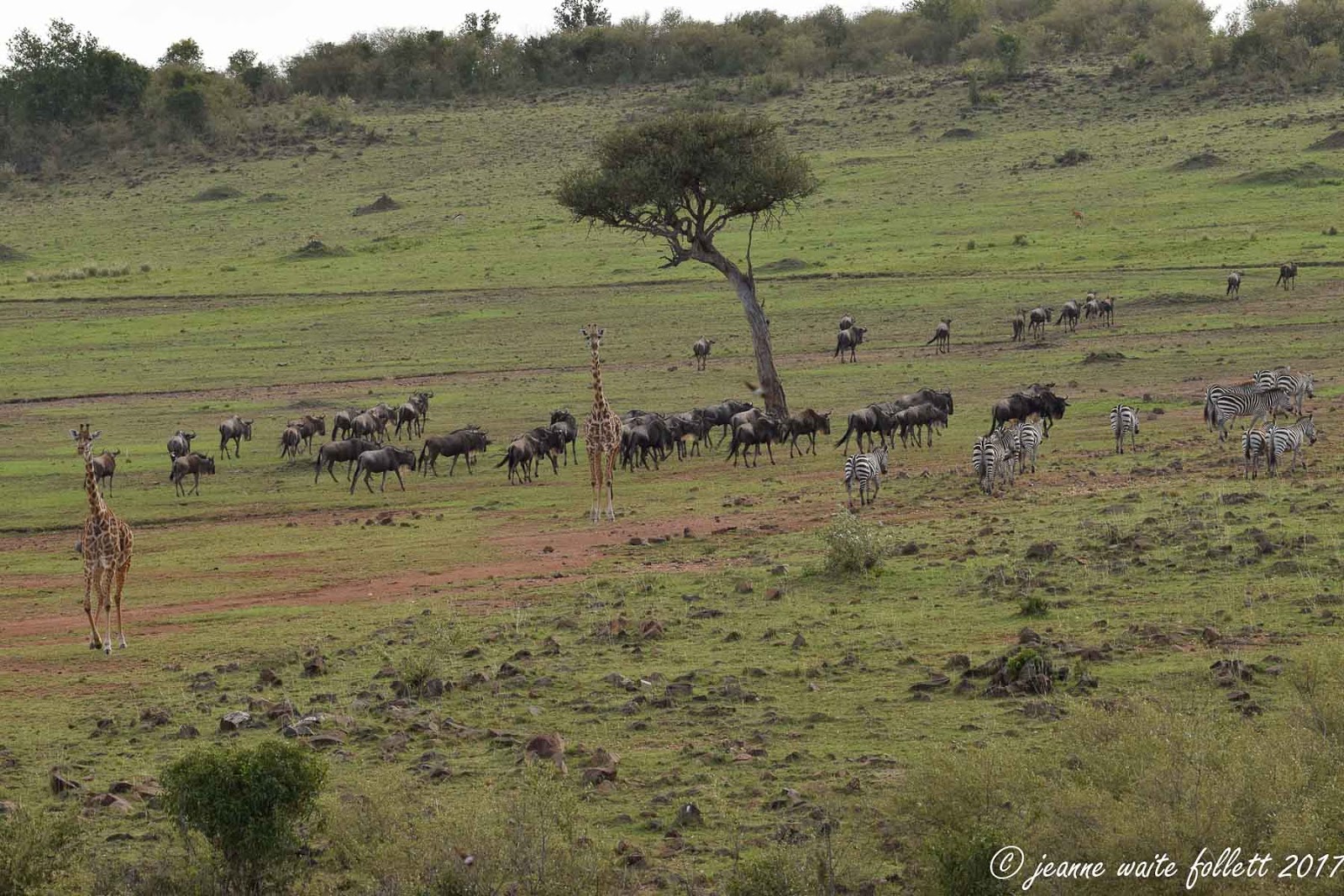 Eventually, the giraffes follow the herds and then linger atop a distant ridge.  They are silhouetted in the last light of day as they turn once more and look upon that river of death.

The giraffes are the last animals we see after leaving the lions to their feast.   We pause briefly to take a sunset shot, and then Dennis hurries us back to camp before the government-mandated curfew when all humans must be off the Mara and the animals are left undisturbed. 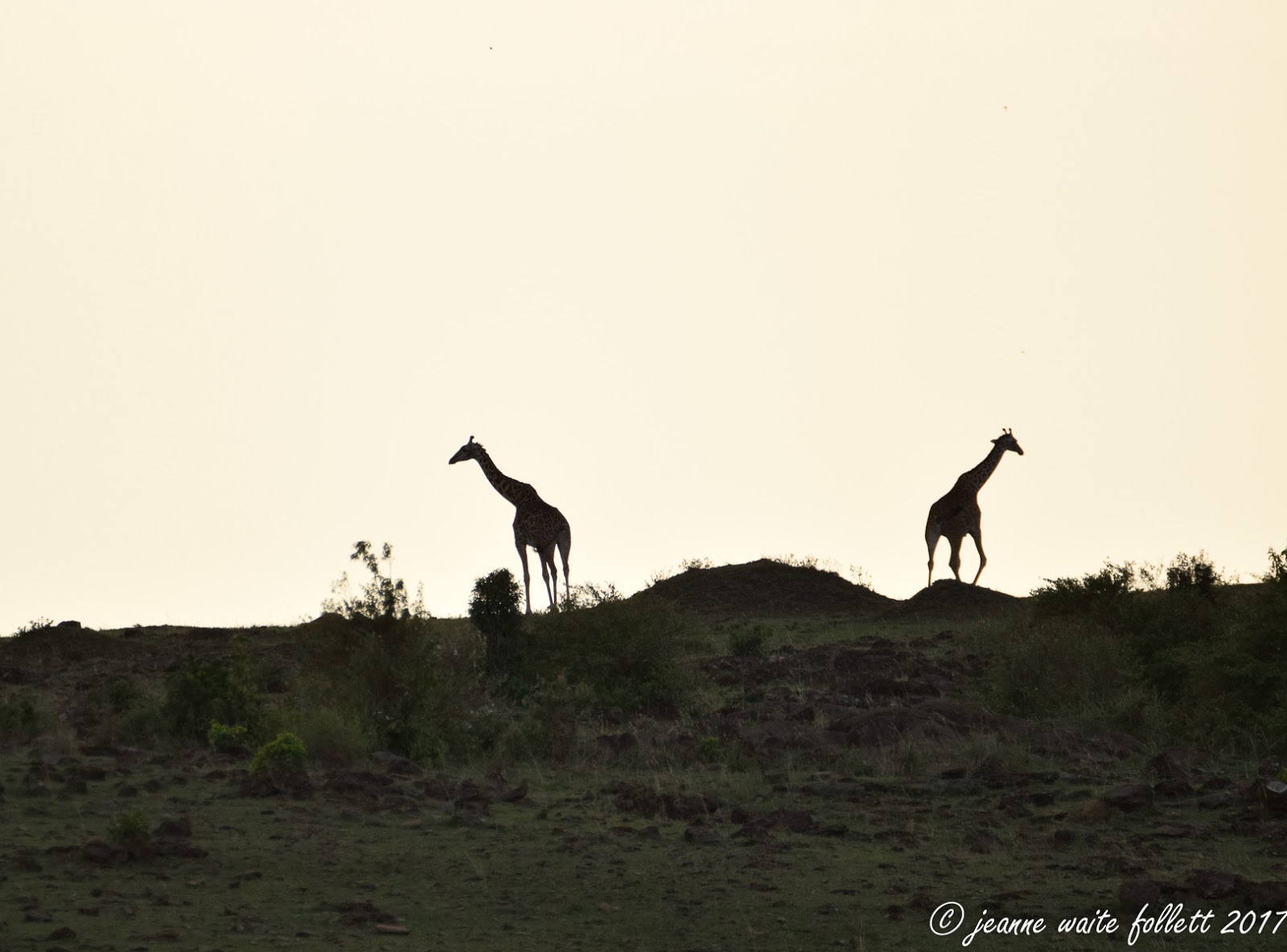 I lie in bed that night, thinking about those wildebeest lined up on the river bank.    I think about how both lions and wildebeest seemed surprised to see our vehicle and paused just long enough to….

All the action took place in the brush, out of our sight.  Considering where the prey finally fell, it must have gone in that direction, away from us but right into the waiting lions.

No doubt a lion would have caught a wildebeest had we not been there; they had laid their strategy well.  But I can’t escape the feeling that, somehow, we humans intervened, and I am torn between guilt over the wildebeest and satisfaction that the lions had a good meal. 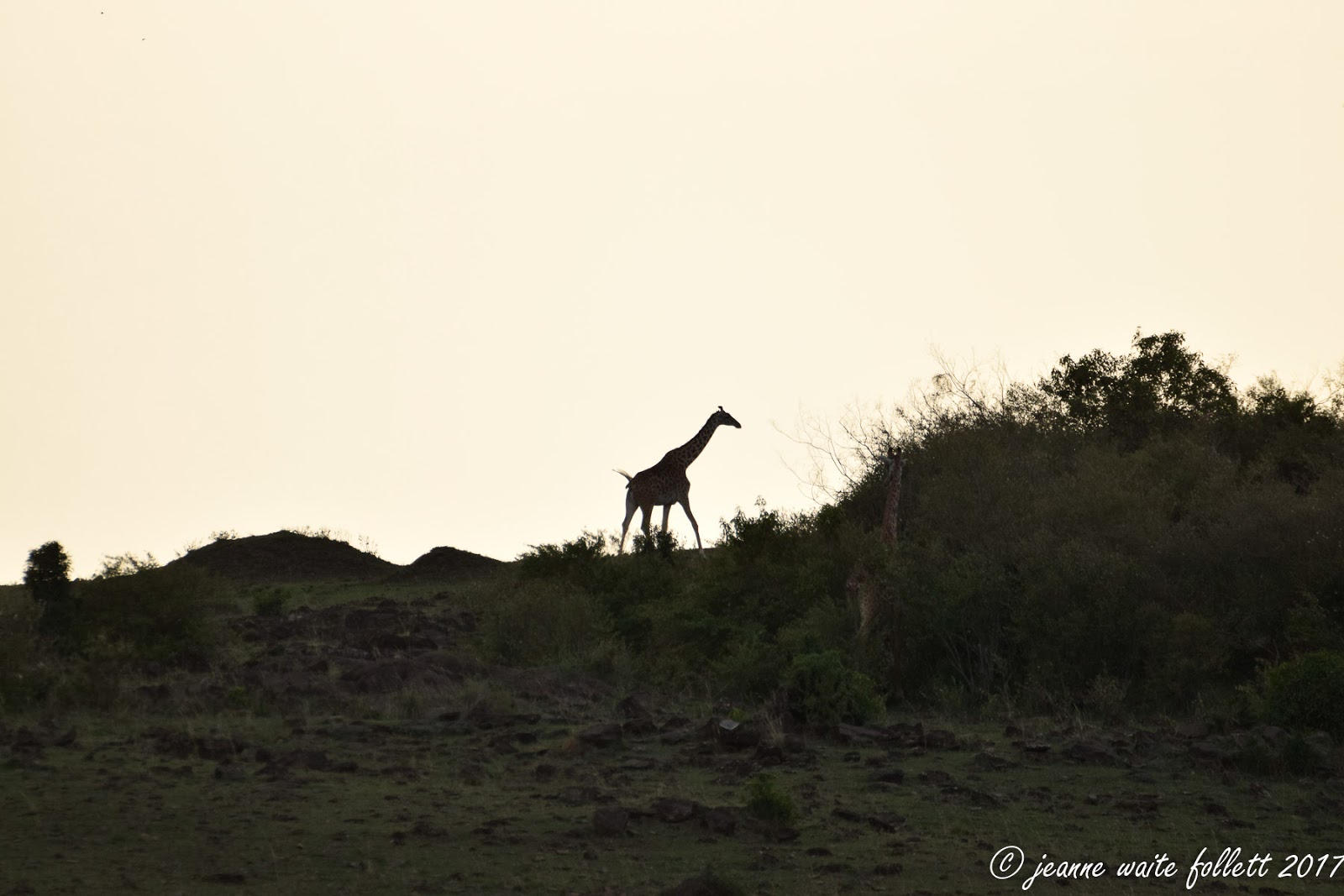 These guides go to school to learn their craft, and many have been plying it for years.  They know the animals and their behavior, know how close they can get, and when to move.   But, they also have clients to satisfy.

Yes, it’s thrilling to get wonderful action shots of predators and prey.    Watching and photographing wild animals, and the circulation of those experiences and photographs,  often lead to new efforts at conservation and protection of these wonder-full creatures.

Yet, somewhere along the line, that human intervention—active or passive—comes into play, and the ethics of that is what keeps me awake this night. 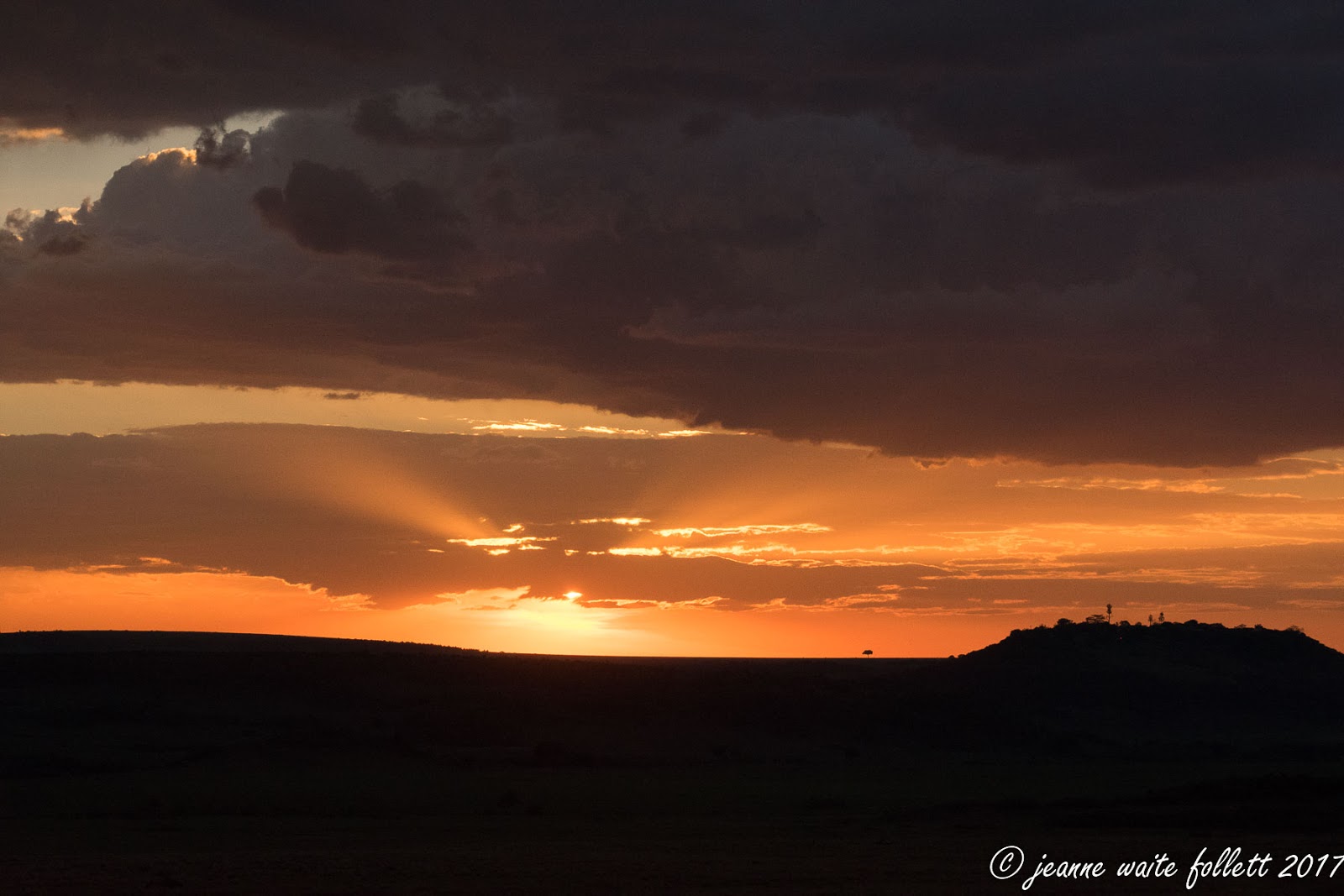