The 2018 Africa Journals, Ch. 7: When an Immovable Force Meets an Irresistable Object

We are across the Sand River on a part of the reserve that is owned by another company.   That company does not hire native trackers.   By agreement, Kirkman’s Kamp has permission to take its guests through their property, but our tracker must ride in the vehicle with us, rather than out front on a seat designed especially for trackers.

For that accommodation, I would soon be decidedly grateful.   Not sure how Richard, who tracks lions through bushveld armed with only a radio, felt about it, though.

The sun is quickly setting and it's almost dusk as we mosey our way back to camp, and we are quickly losing the light for photography.   The road drops to cross a shallow swale and right beside us are two white rhinoceroses, one male, the other female. 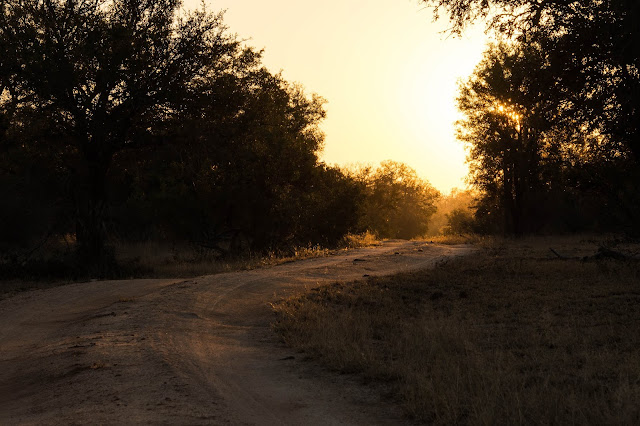 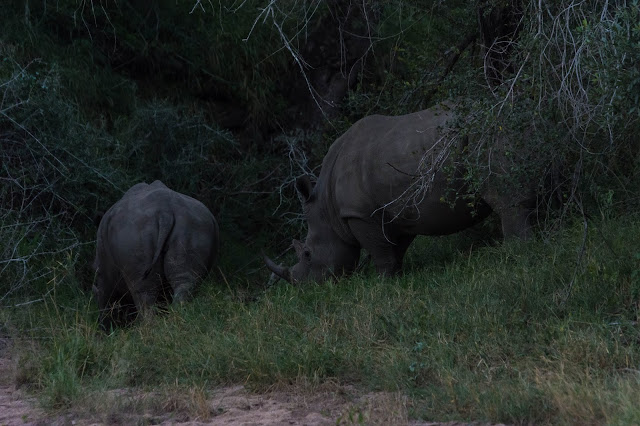 We watch them briefly as they graze, but when the male turns and faces us, I wonder if it’s unhappy that we’re there and is about to confront us.   Then someone says there’s another rhino behind us. 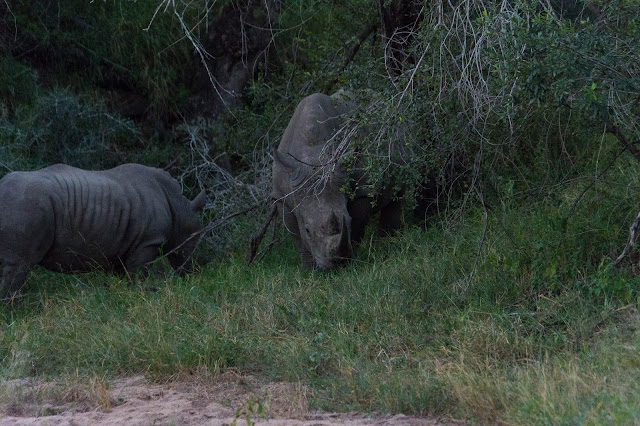 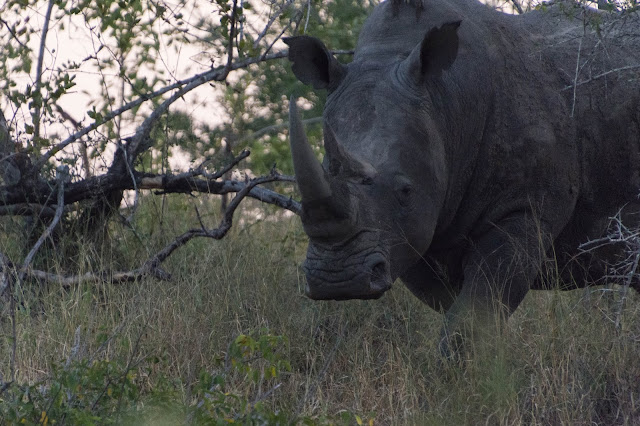 It’s a rhino, all right, but it looks as big as a diesel locomotive as it descends into the swale and comes towards us.   We are right smack in its path, like victims tied to the railroad tracks as the train approaches.  We don’t move.   I don’t breathe.  My shutter clicks and clicks….. 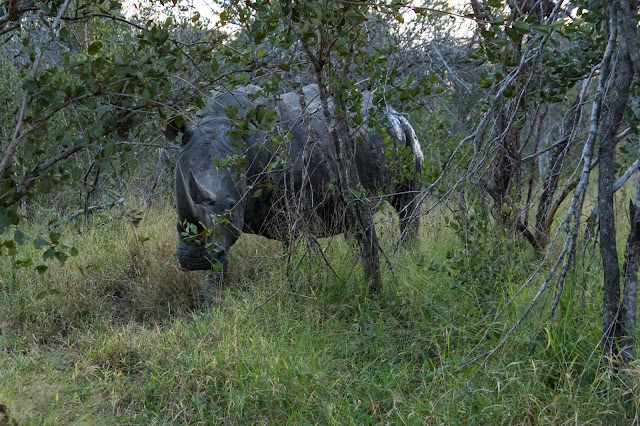 These are southern white rhinos, the most abundant rhinos of the four genera.   The others are Sumatran, Indian/Javan, and black rhinos.   Within the white rhinos, there are two species—southern and northern.   The northern are almost extinct.

Let me interject:   all rhinos are gray, though some appear red due to the red dirt prevalent in Africa.   They are called white or black because the Dutch words to describe them were corrupted in translation.   Wijd in Dutch means wide and refers to the square upper lip of the so-called white rhino.   Somehow, the black rhino with its triangular-shaped lip became the black rhino.

Those horns that poachers slaughter these animals for?    They are made of karatin, the same material as human fingernails.

I’m watching the train approach and considering what could happen if Richard were sitting out front of the Land Cruiser on his seat.

At the last moment, the rhino, I’ll call him Two Ton though I suspect he weighs much more, veers slightly and passes in front of us without incident.    He isn’t interested in us—he’s going after the female, the Lady henceforth known as Lou.   (Thank you, Robert Service—The Shooting of Dan McGrew.) 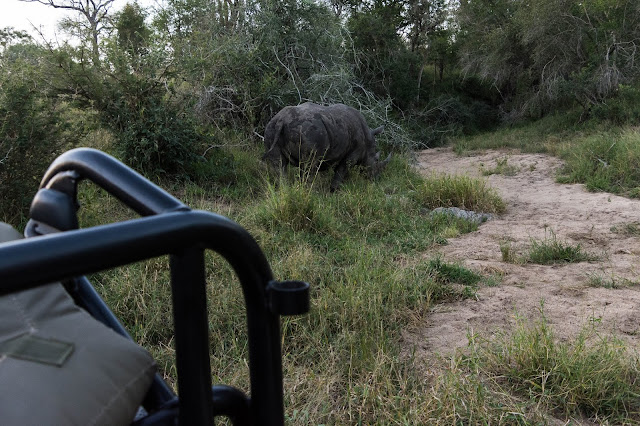 The two smaller rhinos, One Ton and the Lady that’s known as Lou, get out of Dodge by climbing up the bank of the swale.   Two ton follows.

Matt quickly turns the vehicle around, drives out of the swale and parks a safe distance away incase there’s a train wreck about to happen.   We get there in time to hear loud bellowing and grunting,  and the stomping of feet to raise dust clouds.


One Ton and Two Ton are horn to horn.   The Lady that’s known as Lou has gone into the brush, like someone who starts a fight in a bar and then hides under the table.

There’s a long stand off with the males.   Eventually, One Ton shows signs of backing down, and he and the female again leave the scene. 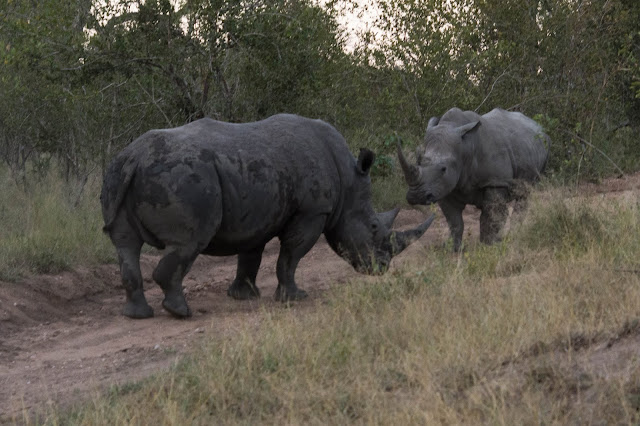 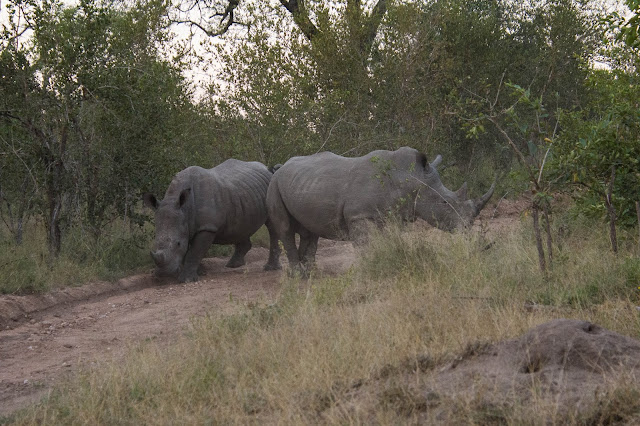 Two Ton sniffs around, smelling the female’s scent to see if she’s in estrus.  Apparently she isn’t, because Two Ton takes his time following the two youngsters. 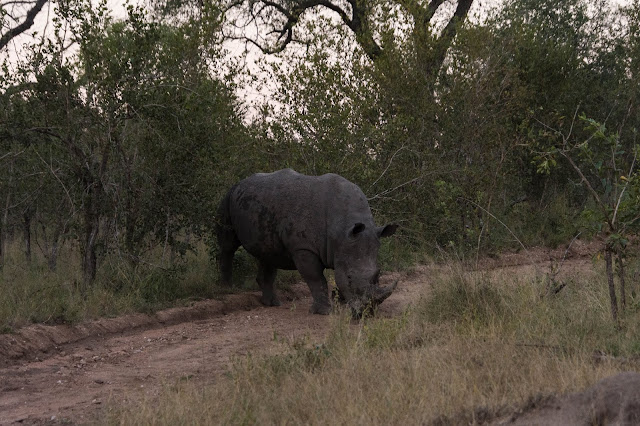 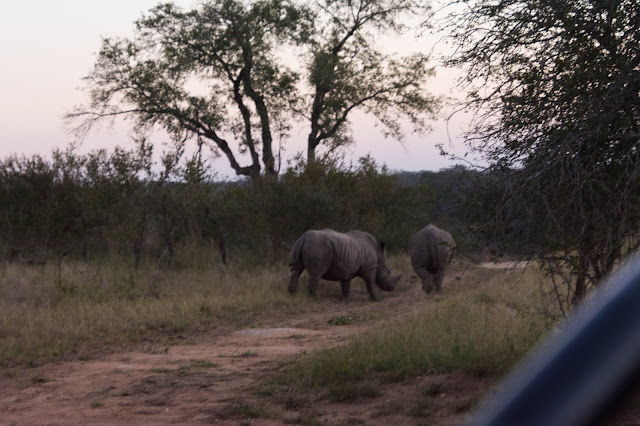 At one point, Two Ton stops and defecates.   Then, he kicks his dung to spread it, as rhinos tend to do when marking their territory. 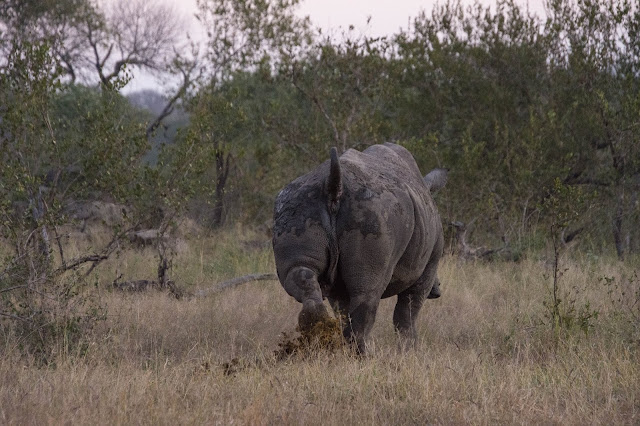 The collective nouns for rhinos are crash and stubbornness.  How appropriate.

We follow and a short distance away, the two males are once again in a face off.   The Lady that’s known as Lou has redeemed herself and is standing beside the young male.   While probably not a breeding couple, the two obviously have formed their own little crash. 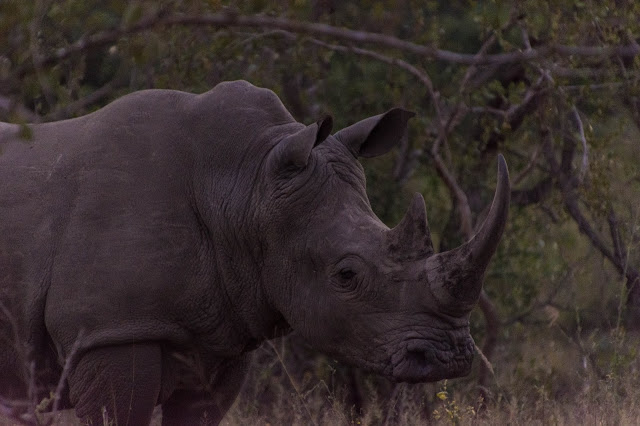 This stand off goes on for a long time and darkness rises from the land as we wait.


Eventually, One Ton and his Lady concede to Two Ton and wander off towards the river.
Matt turns the vehicle towards the river and as we turn onto the trail that parallels the water, we catch a final glimpse in the murk of Two Ton, still following the pair.

A stubbornness of rhinos, indeed. 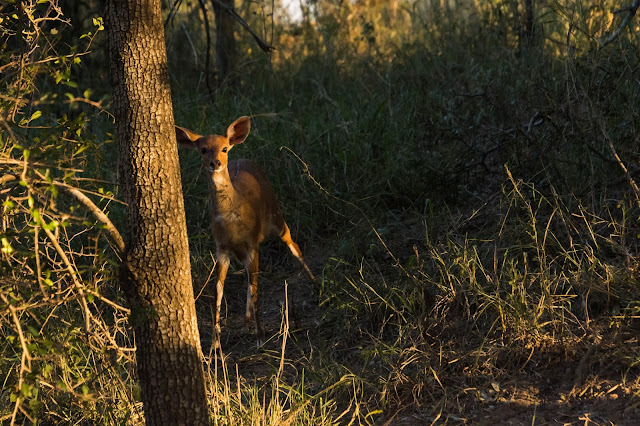 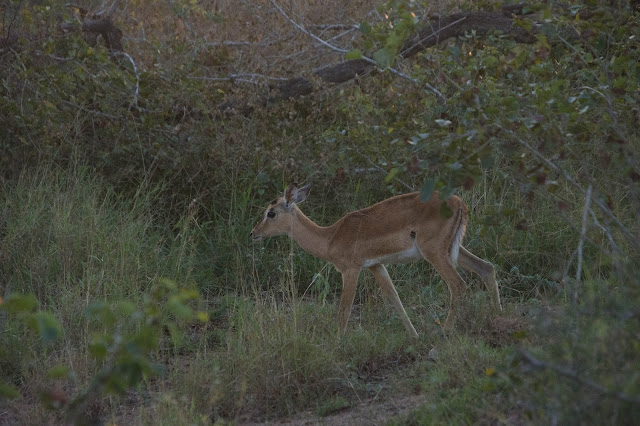 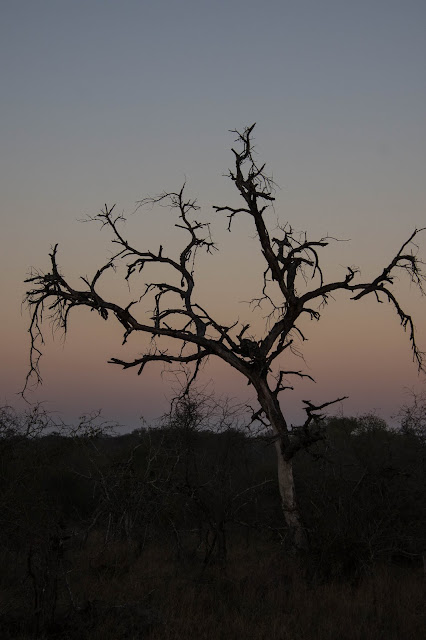 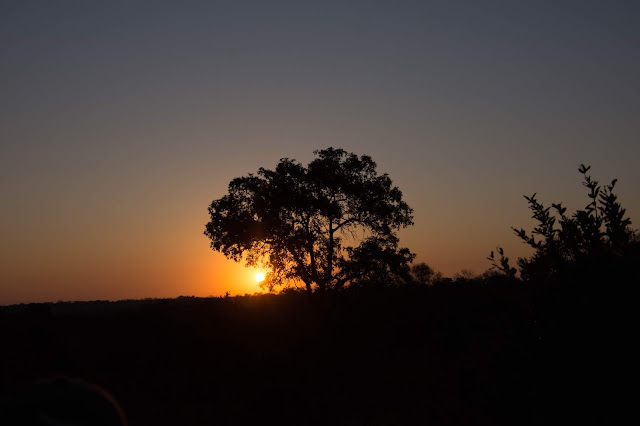