I think I passed through a zone of harmonic convergence on my drive from Moose Pass to Homer the other day, because all of a sudden my hippocampus jumped up and yelled, “Yeah, baby!” Once I got its seat belt back on, I grabbed a scrap of paper and made a few notes, incomplete though they were.

Harmonic convergence, according to one of the many websites devoted to it, is an “allignment [sic] of planets in our solar system forming a ‘gallactic [sic] pulse,’ brightening the blue spectrum of Earth’s atmospheric light, impacting the brain’s hippocampus and causing a release of extra serotonin.” The website also said, “[t]his effect in turn, causing a boost enough to feel good worldwide, will thus able [sic] all to receive truth instead of avoiding and denying it.” [sic]

Well, my bod certainly was jittering with serotonin, or maybe it was from the caffeine in the Coke Zero I was drinking. I’m not sure about the blue spectrum being all goosed up because it was snowing at the time. But somewhere being Kasilof and Ninilchik, I surely did feel a boost of goodwill when I figured out how to tell, rather than receive, a long-kept truth, otherwise known as a secret.

As to which planets were supposedly in alignment, I’m pretty sure Mars and Venus were involved, as well as Saturn, because ideas were spinning around my head like the rings of that planet, so that’s proof enough for me. I’ll throw in the now-demoted Pluto also, because my story reminds me of Goofy’s disjointed dog.

I wasn't sure how to bring all those ideas together until I reached Halibut Cove and heard a story on a newscast about a high school somewhere banning students from hugging in school. I’d heard this same thing a couple months ago when another high school in another place banned hugging. Darned shame, I thought.

But this story isn’t about a lack of childhood nurturing. It’s a story about Easter, my up-coming 50th high school class reunion, and my rebellion against social mores of the day, which I blame entirely on Elvis. Throw in my most embarrassing moment, how times have changed since I was in high school, and you’ve got the plot of a real bodice-ripper a la 1960.

Fifty years ago, students not only didn’t hug at school, we didn’t touch each other. You’d see the occasional hand-holding between kids going steady, but not much else. At least, not in the hallways of the high school. I wasn’t privy to what happened in the privacy of Chevy Bel-Airs and Ford Fairlanes.

I was a hopeless romantic at the time. Any expressions of affection between other people brought me to tears. The most romantic thing I ever saw was when my friend Renetta’s boyfriend Dennis met her after class outside the chorus room one day to walk her to her next class. Renetta was wearing a light green sweater with a wide two-layer knit collar, much like the wide flap on a sailor’s jumper uniform. As she leaned back against the door jam, Dennis put his hands through each end of that collar, drew her close, and spoke softly to her. I almost swooned.

In those days, proper young ladies waited for boys to initiate social activities, call them, etc. As a result, girls like me sat home a lot and bore their unrequited crushes on boys in not-so-secret crying sessions on other girls’ shoulders. I cried easily and often, and I still wonder how my best girlfriends tolerated it.


With that information, you can understand what happened in my senior year and why, when I came across a recommendation that young people go to church together to help build a relationship. How romantic, I thought, and promptly (with my heart joining both feet in my mouth) called the object of my unrequited affection at the time. He wasn’t another student. 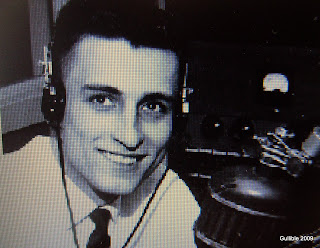 He was Ron, four years older and a popular disc jockey at KFQD radio, which was THE only station in Anchorage that played rock and roll. Elvis, Bill Haley and the Comets, Jerry Lee Lewis, the Everly Brothers. Ah, heaven.

Church and I had a tenuous relationship. Many years before I was at summer Bible camp at King’s Lake north of Anchorage, and started crying one evening as I lay in my bunk at bedtime. The cabin counselor called in one of the pastors, who soon had me praying with him and thanking God for my salvation. I was uncomfortable with that at the time but it wasn’t until a couple years later, when I found out what puberty did to a girl’s emotions and learned the word “gullible,” that I suspected I’d been had. Not intentionally perhaps, but misled anyway.

By the time I called Ron and invited him to church, I had decided that I’d keep my distance from organized religion until I was old enough and smart enough to sort it out for myself. But once a romantic, always a romantic, and to have Ron to go to church with me on Easter Sunday was a coup. Easter Sunday was neutral enough, and church was likewise neutral enough, so it wasn’t like I was really asking him on a date, though I secretly considered it one, even though Ron was forbidden by contract from dating high school girls.

Darned if Ron didn’t say he would go. Darned if he didn’t pull up to my house on Easter morning in his black Cadillac. Darned if we didn’t attend Easter Sunday services at Central Lutheran Church in downtown Anchorage. 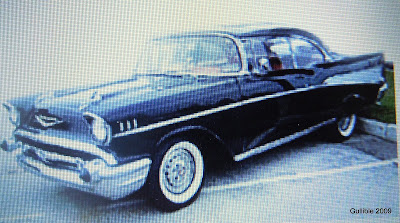 But here’s the thing about Central Lutheran Church: when you exited the church, you had to walk down a number of concrete steps to reach the sidewalk. There was one handrail right in the center of the steps. And Easter Sunday in Anchorage? It’s still winter. There was snow and ice on the steps.

And me? I was in high-heeled shoes that I was unaccustomed to wearing. I held the handrail on the way down those slippery steps, but even that didn’t save me. Down I went on my backside while Ron looked on helplessly. I was mortified, and briefly wondered if I wasn’t being punished for my breach in social mores, my breach with the church, and every other sin that could be laid at my feet, thought about committing, and would commit in the future forever and ever, amen. 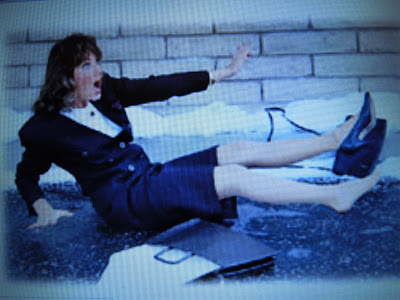 Ron took me home after my spectacular spectacle. We never dated. We were, however, good friends, and still are. I haven’t seen him since he played music at my 20th class reunion, but we are in touch by e-mail.

Come this June, he will fly to Anchorage from Texas where he now lives. And once again, the students of the Anchorage High School class of 1960 will dance to music of the Fifties and Sixties, emceed by Ron, the much-loved DJ from back then.

Except for me. Oh, I’ll be there—can’t wait for it. However, not only am I still a wallflower and still can’t dance, but I have a history with high heels around my friend Ron.