(Don't forget to click on the photos to enlarge them.)

My list of things I wanted/needed to do in finally got so lengthy that I went Wednesday. I had new errands, old errands, and even older errands—those things I crossed off on previous trips, thinking I could always do them next time.

You’d think, wouldn’t you, that the biggest road hazard out there would be seeing something like this appear in front of you like magic: 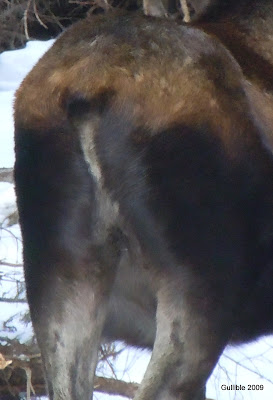 Well, that’s certainly the most fearsome road hazard, the ever-present possibility of having a half ton of unhappy moose in the driver’s seat with you. Even when you have time to react, you can’t always count on those long-legged, big eared critters turning away from you. They have an annoying habit of being unpredictable and a penchant for playing chicken with moving vehicles

This photo below, considering some of the other situations I’ve been in, is a relatively safe encounter, but is after it jumped of the way-too-close forest, ran in front of me as I stomped on the brake with both feet, came to a stop, found the camera in the mess threatening to slide off the passenger’s seat, and turned it on. 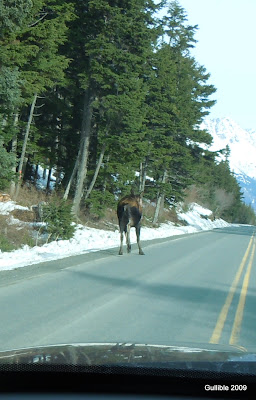 Setting aside critters for the moment, there are ’s famous frost heaves that are especially prevalent in spring 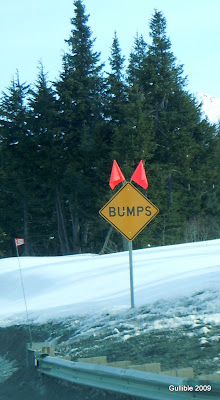 And the numerous pot holes and pavement damage caused by constant freeze/thaw cycles. 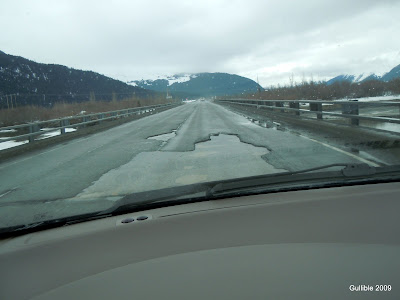 At this time of year, the mountains are sloughing off their winter blankets, like this spot along Turnagain Arm, south of Girdwood. This happens to be a pipsqueak of an avalanche, most of which piled up on the railroad tracks above the left side of the highway. By the time I reached it, railroad and highway crews were already on site. This particular avalanche site comes from high up a narrow slot in the mountainside and slides frequently. Once the snow reaches the tracks, its spreads laterally, then spills over the bluff onto the two-lane highway. 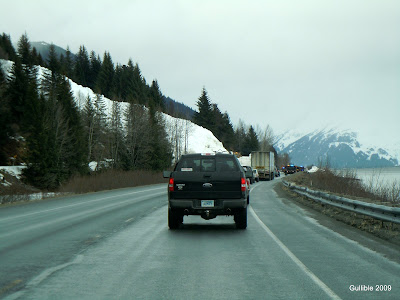 In the following photo, the dirty snow is from earlier slides, the white stuff on top from that day’s slide. This was taken while driving, so the quality is inferior. Two dozers are directly overhead on the railroad tracks, but not seen. Gives you an idea of dimensions here. 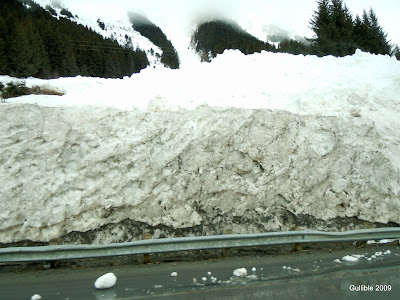 Here the dozers are pushing snow off the tracks and over the bluff, onto the roadbed. 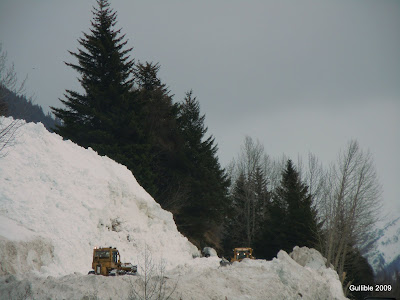 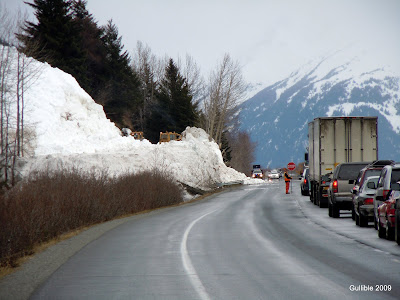 Then, a front end loader scoops up the snow… 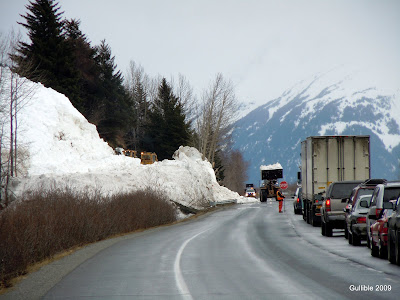 … and dumps it over the guardrail on the water side of the road. The guard rail damage is from previous avalanches. 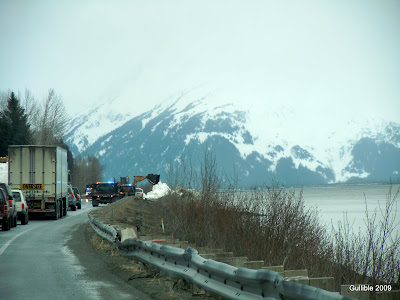 Avalanches are pretty hard on trees, too. It makes clearing away the snow even more difficult. And, the crews will only clear avalanches during daylight hours so they can tell if another is coming down the mountain. 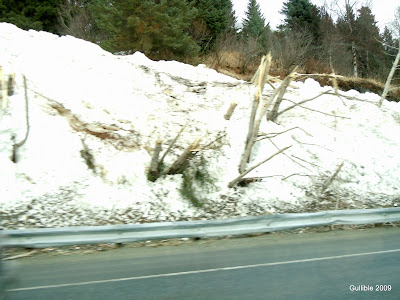 Then, there’s the scenery. Road hazards come in many guises, like mist-shrouded , an active volcano across : 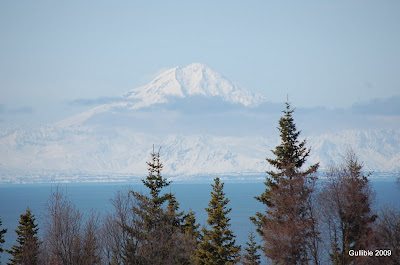 Here’s a rainbow stretching from one side of Turnagain Arm to the other. It’s real faint, almost ethereal: 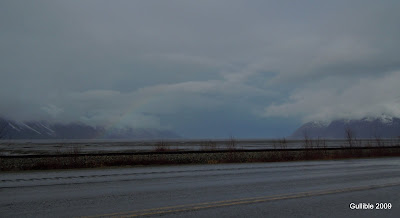 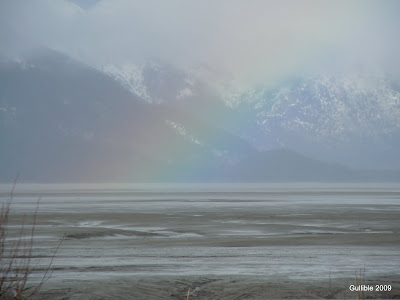 Even lighting conditions draw the eye. Here, I’m being rained on, while dramatic lighting in the clouds across the Arm take my eyes off the road. 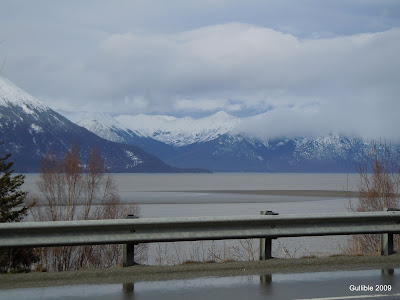 A couple miles closer to , right where I expect it, is another road hazard: 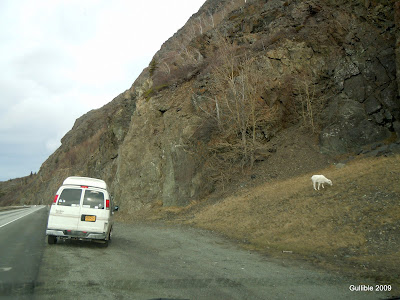 A Dall’s sheep (shortened by usage to Dall sheep), grazing alongside the road. These are the only wild white sheep in the world. They prefer south-facing, steep, rocky mountain slopes. There’s a natural mineral lick here, and the small band of sheep are frequently seen at this spot. During tourist season, it’s a dangerous area because of cars suddenly veering off the road onto the shoulders, and people with cameras darting into traffic. 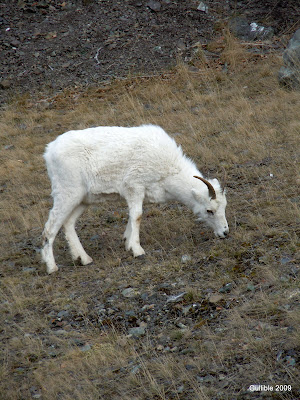 This is probably a female, though I’m guessing because of the narrow horns, and I didn't want to interrupt its meal to ask. Adult sheep stand almost three feet at the shoulder, females weigh up to 150 lbs, and males up to 250 lbs. The horns of males are thick, and by eight years of age will form a full curl and more, spreading outward as they grow. 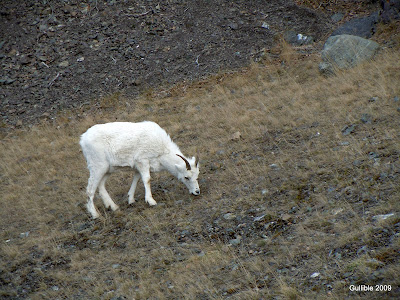 Not all road hazards occupy the highway right-of-way on the ground. Here’s a road hazard near Ninilchik farther south on the . See the large dark spot in the cottonwood tree closest to the highway? 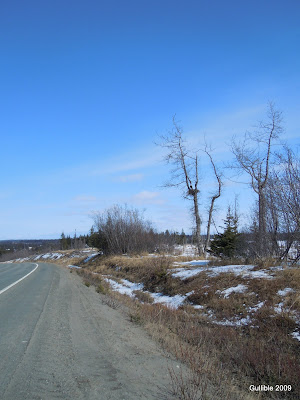 This is what it is: 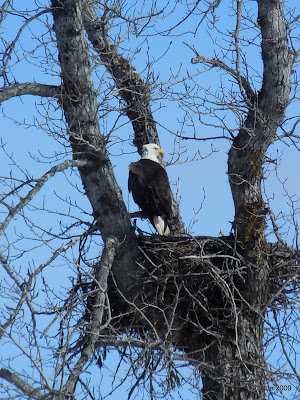 A bald eagle, waiting for its mate at their nest.

And, over in Cooper Landing at , I saw this one day recently: 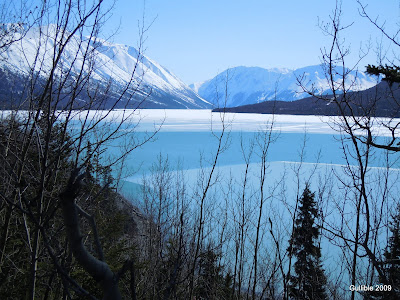 You can’t see what I was looking at in that picture, so I cropped it: 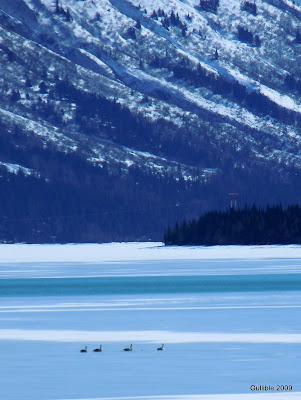 Four trumpeter swans that spent the winter around the lake. Their thick down, with their huge feet curled up against their bodies, keeps their feet toasty warm with body heat.

Then they decided to fly: 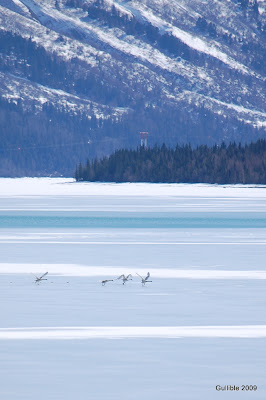 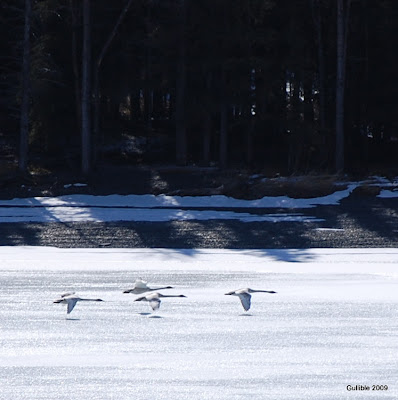 I didn’t interrupt their nap. I was using a 200 mm lens to take these shots, and was quite a ways distant.

I’ve saved the best for last. The following photo reveals what are positively the very worst road hazards for anyone anywhere in , bar none. Take it from personal experience, the following have the potential for causing more accidents than any critters or other hazards on the roads and highways of : 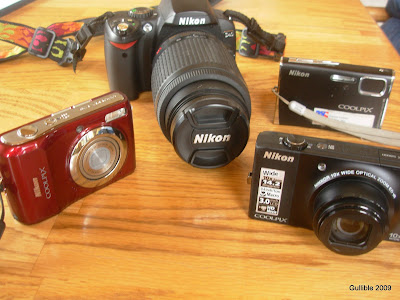