The world's most colossal African Violet has perked up since the sun's been back in the valley. That's a half-gallon ( or its metric equivalent) orange juice container beside it. In the eight years I've lived with this plant, it grew from an itsy-bitsy sprout to 16 inches high from the counter, eighteen inches across, then sprouted a young 'un, threw the young 'un out of the pot when it reached maturity, and sprouted another. 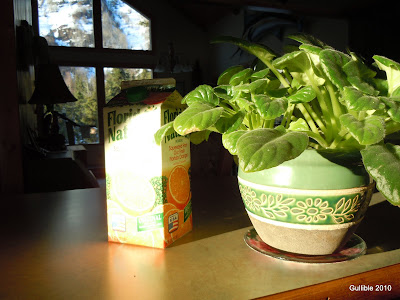 Two days ago, I filled these bags with litter at the Tern Lake pullout. See what's in front of them today? 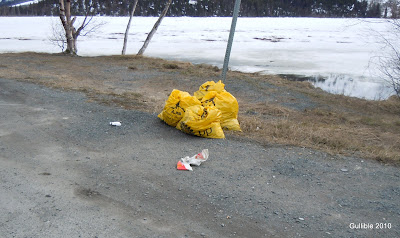 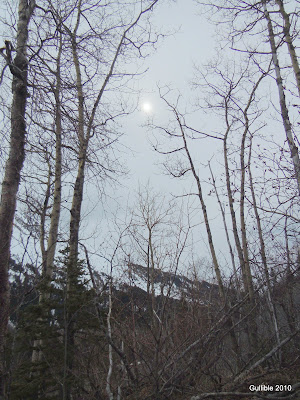 I walk around with my head down a lot--looking for litter. I see a lot of tracks--animal, avian, etc. But this is a first. There were half a dozen of them. I flipped through my cerebral index files trying to figure out what kind of an animal left a five-toed track. All of them were the same--five toes, pad shoving up sand behind it, no evidence of a heel. Now, why would someone be walking around on the balls of their feet half-way up the curve at the Seward Highway leg of the Tern Lake junction? 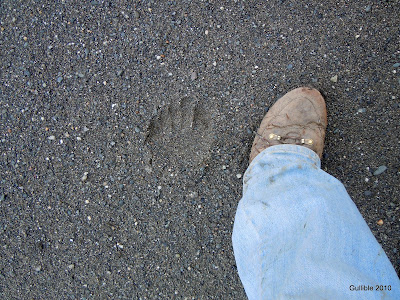 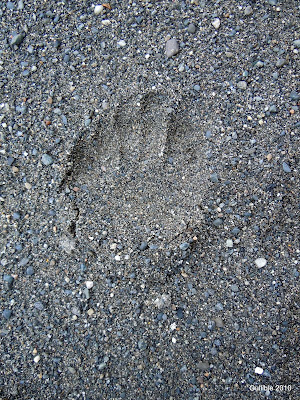