TO WHOM IT MAY CONCERN

The following report and recommendations are hereby submitted by this Inspection Board in response to an aeronautical incident involving damage to an aircraft. It is the finding of this board: 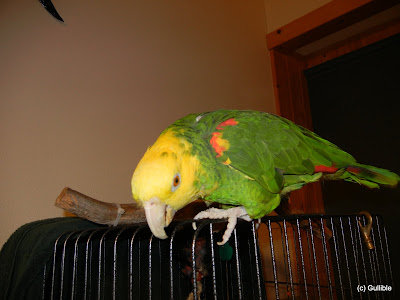 Pilot Pablo Parrot recently departed on an unplanned, ill-advised flight from his FBO site (fixed base operator) to an uncharted destination across the room. Even though this was uncontrolled air space, he also neglected to file a flight plan. We have reason to believe the aircraft’s weight and balance was improper, as anecdotal reports indicate the pilot had been consuming an unusual amount of peanuts in the time period immediately prior to his flight.

The pilot's log book and all other documentation appear to be in order. He claims he has been flying since he was very young, and further claims he can fly competently in any weather. The pilot is licensed for VFR (visual flight rules) only. The pilot has no instrument flight instruction noted in his log book. The pilot stated his aircraft's wings have not been modified for STOL (short take-off and landing) operation, but are OEM (original equipment manufacture).

FBO operators at both take-off and crash sites report CAVU (clear and visibility unlimited) conditions on the day of the incident. Weather reports in the vicinity of the crash indicate the winds were calm, thus no crabbing or sudden, violent movements were considered.

As a result of the peanut consumption, the aircraft’s flight level is assumed to have been incorrect. It should be noted that this particular model tends to be nose-heavy, and we are operating under the assumption that the peanut consumption may have placed undue stress on the forward portion of the landing gear. Further, the model is a monoplane with no vertical stabilizer.

Again, anecdotal reports from witnesses within hearing range of the crash indicate the pilot attempted to feather the prop immediately before impact.

In an attempt to execute an emergency landing when faced with a solid wall of books, he was unable to stick the landing and somersaulted to the floor. Fortunately his ELT (emergency locater transmitter) began blaring upon impact and his location became known to rescue personnel immediately.

As for the aircraft, with one exception, neither the fuselage, wings, nor any other control surfaces incurred any structural damage. The prop was not damaged. Primary damage was limited only to the tail feathers.

The pilot, however, is reported to have suffered severe internal injury to his dignity, which required substantial pampering and considerable therapy of the head-scratching type.

IN SUMMARY, This safety board hereby proposes the following recommendations:

Pilot should be allowed continued possession of his pilot’s license, but is advised to reassess his destination prior to future flights.

Take a load off, Pablo

Take a load off, please

Take a load off, Pablo

You got the load right on me. 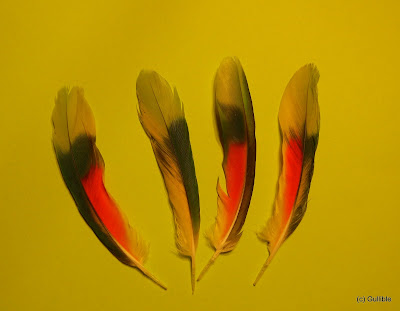