I think of myself as a reasonably conscientious steward of the earth and its denizens. I'm not radical about it, just--as I said--conscientious, while still being somewhat practical.

I have changed almost all the light bulbs in my house to CFLs. This and a couple other things have reduced my electrical consumption by about $20 a month, or something like 20 per cent. 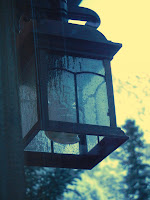 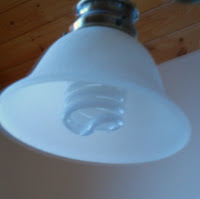 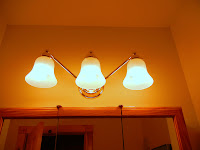 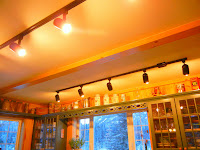 Score a bunch of points for the earth.

While there are no curtains or draperies over any of my windows, I did purchase a pair of insulated drapes for the French doors. They're temporary, used only when it's really cold. The bedroom and loft windows have insulated blinds. All the windows in this house are double-paned with good energy ratings.

Score another point for the earth. 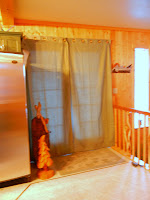 The windows that make up the front living room wall are called Heat Mirror windows. They are double-paned with two layers of a special film sandwiched between. They reflect heat back into the room, and even at temperatures far below zero, the glass on the inside is warm to the touch. And, while they were terribly expensive, according to the manufacturer I should now have recouped their cost in energy savings.

Another point for the earth. 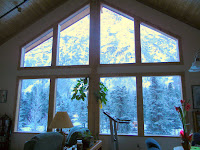 The TV and its accessories in the living room are all plugged into a surge protector. When I'm finished watching TV, I turn off the breaker on the surge protector, thereby reducing the "idle time" electrical draws.

Yet another earth point. 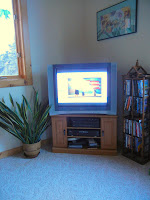 And then there are my vehicles. This is my truck. It's a 2001 Dodge Dakota crew cab. I bought it used. 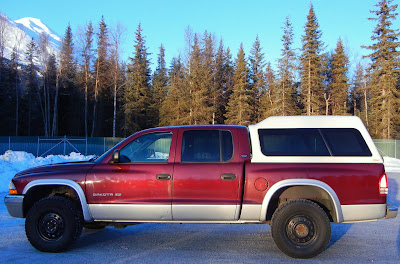 It's a very nice truck.

It gets 17 mpg. When I first bought it, this gauge indicated it was getting 15.9 mpg, so unless something is terrible wrong, my driving habits have improved its efficiency.

This is my (very dirty) 2003 Toyota Sienna mini-van. I bought it used. It gets about 26 mpg, but is parked in the garage for the winter, with everything but comprehensive insurance suspended for the duration. 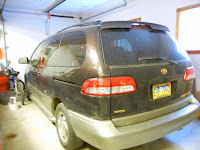 Now, I could drive it and save 10 mpg for the benefit of the earth, but I don't, and for two specific reasons:

2. Should I be so unfortunate as to hit a moose on the highway, the truck would knock it down. The hood of the mini-van, on the other hand, would scoop up the poor animal and deposit it in my lap. In this case, safety wins over conservation. My neighbors, by the way, recently hit a moose that ran in front of them. Only their SUV was injured.

Minus one point for earth.

Minus one point for Gully's safety.

I burn wood to supplement the propane used by my heating system.

Earth point, but halved because of using trees. 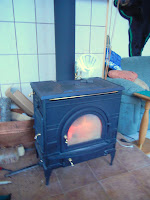 This winter I am filling the back of the truck with wood and parking it in the garage. This keeps the wood dry, as opposed to my previous method of moving it from the woodshed to the front deck. Even though it was under a four-foot eave, wind-driven snow and rain could reach it, thereby negating the benefit of storing it in a woodshed in the first place. Keeping it dry means I burn less wood.

Half a point for earth restored. 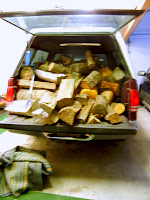 I plan my infrequent shopping trips around how little wood is left in the truck.

This is the back seat in the truck, with the seats folded up, making room for groceries and stuff. 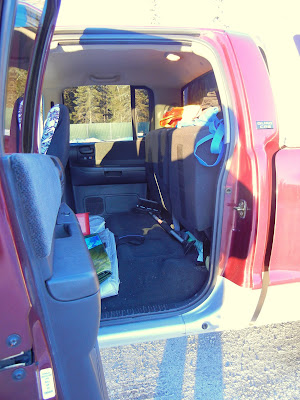 Here is a large reusable Costco bag for filling with things I needed at Costco. Underneath that is an insulted bag for things that must be kept cool. There's an ice chest in the truck bed for frozen stuff. 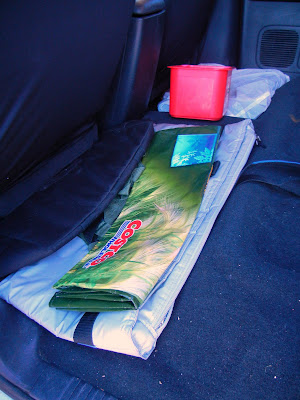 Also in the back seat are reusable grocery bags. 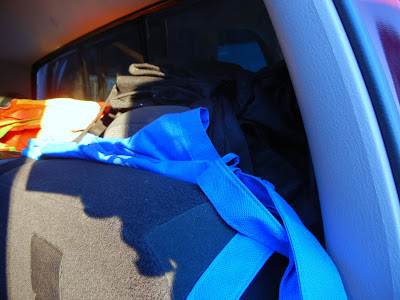 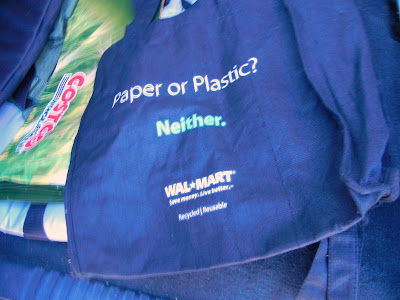 
Yesterday I had to go to Anchorage. I had errands that took me to four different stores.

So, with all these conscientious , earth-friendly things in play, how many times did Gullible actually remember to take the darned bags into the stores?

Gully's score is in the tank, so far down it can't be measured.
Posted by Gullible at 5:14 PM