With now in the midst of demonstrations calling for the resignation of President Hosni Mubarak, the general population of the is becoming aware of the enormous amounts of foreign aid that we pay to annually, aid that goes to “peace and security,” which can be more truthfully translated to “military aid.” That aid averages between one and two billion a year.

That the aid began in 1979, consecutive to the Camp David Peace Accords, is no coincidence. Indeed, it could be said that the bought and paid for peace between and for the past thirty-one years.

Fully one-third of the $58 billion dollars annually in foreign aid, money earned and paid to our government by American taxpayers, goes to and . Almost every country in the world, except , , and , receive aid. This year monies have been requested for ($69 million), for (20 million), and for ($647.7 million). These monies supposedly are for promulgating human rights, democracy, and the treatment and prevention of AIDS.

Also in line for foreign aid? .

, to whom the American workforce could be said to be modern day indentured servants in perpetuity due to the $900 billion the has borrowed from that country, could receive $12.9 million if the request is approved. 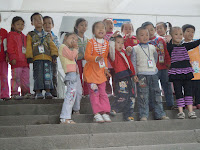 ’s economy is booming, though wages are low by Western standards. Extended families share simple housing. Digital communications are monitored. The Chinese are not a happy people. Only on the faces of very young schoolchildren did I see spontaneous smiles during my recent trip there.

Making eye contact and smiling could sometimes elicit a smile, though not always. And I was struck by the lack of smiles when elderly Chinese posed for photos. 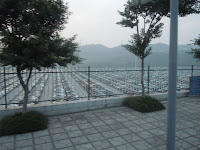 The Chinese with whom I spoke told me they try to buy Western goods rather than Chinese goods with their inferior quality, but goods are hard to find 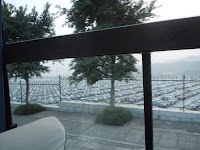 These photos are of one lot of automobiles ready for export in Chongqing. 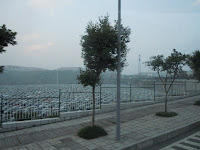 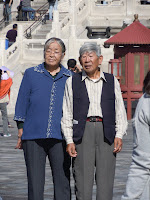 So what would $12.9 million buy in ? Human rights? Democracy? won’t even let Liu Xiaobing accept the Nobel Peace Prize, but keeps him locked away in prison for supporting peaceful progression towards a more open government and better human rights. To be sure Xiaobing is a public figure and would lose face if it accedes to world-wide demand that he be allowed to accept the prize.

Maybe it’s time to reassess the amounts of foreign aid the workers pay in these times of a suffocating debt that may yet bring this country to its knees. Seems to me that $58 billion a year would go a long way towards reducing that debt.

. I’m certainly not holding myself forth as an expert in these matters. I am more than willing to admit there are vast geopolitical influences and potentially disastrous results in play here, and undoubtedly I am privy to few of them. WikiLeaks has shown once again that few citizens are aware of what their governments do.

I’m not advocating isolationism, but rather a reassessment of fiscal reality and responsibility 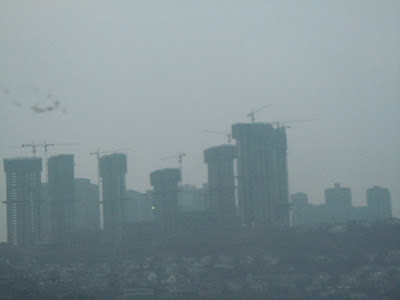 The crane is said to be the national bird of China because of its numbers. The joke is that construction cranes are included in that visibility, if "visibility" is what the smoggy air of all China provides.