I celebrated a friend’s birthday today by climbing a mountain.  It’s certainly NOT the way he would choose to mark his birthday or any other anniversary, for a number of reasons, even though it was a small mountain.
One is that he died twenty-six years ago.  The second is that, were he still alive, he’d be ninety-eight.  And third, his ideas of celebrating were decidedly more worldly.
What I’m doing right now as I write this, sipping on a Long Island Iced Tea and eating mixed nuts and listening to rain on the roof, would be closer to his liking, though I’m sure he wouldn’t choose an LIIT.
I want to explain about that LIIT.  It’s one of those individual cocktails that come in little cans.  I opened it a couple days before I left on this trip to Denali National Park.   I took one sip from the can then poured part into a glass filled with ice cubes and watered it down with sweet and sour mix.
I drank a bit and stuck it in the refrigerator.  The ice cubes melted.  I poured it into a plastic container and brought it with me. 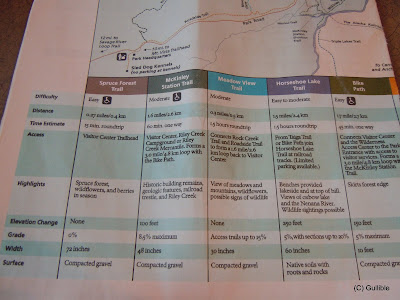 Now about that mountain.  I went through all the hikes listed in the park’s brochure until I found one that would get the heart pumping, the Mount Healy overlook trail.  Two to two and a half miles one way with a gain in elevation of 1,700 feet, with some 25% grades.   Twelve hundred feet of that gain in elevation comes in the second mile. 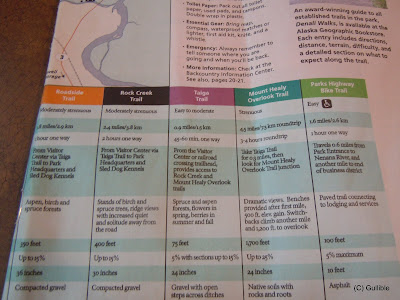 That’s the one, I decided, completely forgetting that my feet really, really don’t like walking downhill.

About a mile into the hike, a young man pushing a bike came up behind me.  “I thought you were supposed to ride those things,” I teased.
“Too steep,” he said.
We talked for a while and shortly afterwards some hikers coming down recommended he leave the bike behind.  He did, and that very nice young man from Bulgaria whose name is Simon, accompanied me all the way to the top of the mountain, despite my very frequent breaks while I waited for my wind to catch up with me.
The heart was willing, the legs were strong, but I kept losing my wind.
We summited Mount Healy, looked at the scenery, rested up, and started down.  I kept telling Simon he didn’t need to wait for me and after assuring him that I would be perfectly fine, he raced off down the trail, springing from boulder to boulder on legs fifty years younger than mine. 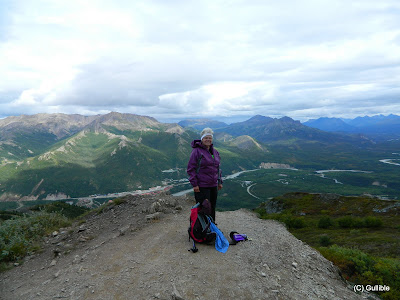 My feet were reminding me what happened the last time I made them hike downhill, so I was choosing my footing carefully and stopping frequently to take pictures.


In that manner, I made it back to my truck in slightly more than the estimated four hour time.  I had lots of time to commune with my birthday friend. 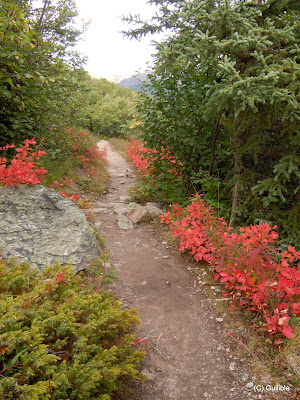 Now I am sitting in my RV trailer, drinking watered down Long Island Iced Tea, cursing this little netbook for doing whatever IT wants to do, and thinking about my friend from long ago.
Happy birthday to you, Sweetie.  I miss you.
Love,
Gully 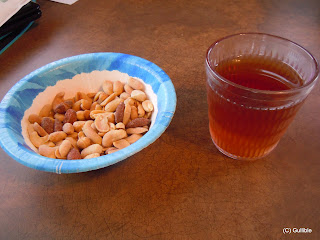