I am a Fist

I’m the Recto fist, so to speak, the one on the right side. I’m getting along in years now and because I’ve had a varied life, I have a multitude of memories. I’d like to tell you about a few of them, so you’ll know what it’s like to be a fist. 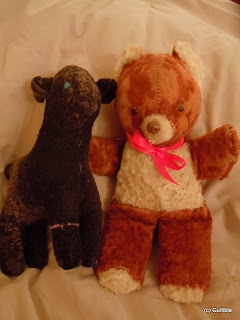 Before I do that, however, I’d like to mention Verso fist, the reverse image of me on the other side of My Person. Without verso, my life would be so different, I cannot imagine it. So, my regards to Verso.

Some of my earliest memories are of things I held: My mother’s light brown hair, my father’s nose, my bottle (which certainly required Verso and I working as a team), my little black lamb and my brown and white teddy bear, the railing of my crib that I helped My Person climb over. A few years later, I grasped the wide brim of my father’s hat when he came home from a place called The War.

I learned to hold Crayons and then a pencil. I punched a boy in the nose once and gave him a bloody nose, even though we were wearing boxing gloves. It frightened My Person and I never wore a boxing glove again. I’ve wrapped around tree branches to climb higher and the handles of shovels to dig snow caves.

I’ve taken copious notes in solemn courtrooms where disintegrated lives were revealed and retribution was on the agenda. I’ve offered up countless tissues when My Person was sad or when she had a cold. I’ve opened myself and rubbed sore muscles, scratched mosquito bites, and applied aloe lotion to sunburn.

I’ve seen angry fists: black fists of athletes as the National Anthem played in an Olympic venue, white fists barely holding back barking, snarling dogs as marchers passed, fists of every color holding signs that read, “We Shall Overcome.”

I’ve seen fists push a pole that raised a flag in a devastated place called Iwo Jima, fists of soldiers kneeling in front of a bayonet-tipped rifle piercing the earth, with a helmet on top and boots beside.

I’ve seen fists raised in exultation by men wearing pocket protectors as they watched images of a man set foot on the moon.

I’ve held ski poles, the curved oak handlebar of a dog sled, the throttle of a snow machine. I’ve held cameras while one of my fingers pushed the shutter. I’ve held tools to build beautiful creations, and some not so beautiful. I’ve held utensils to create tantalizing meals.
I’ve stroked gentle animals and been bitten by a grouchy parrot.

I’ve held a cold beer on a hot day, a cup of hot chocolate on a cold day. Verso and I have been so cold My Person held us near the exhaust pipe of her truck to warm us.

I’ve held the reins of mules and horses, the harnesses of sled dogs, the handles of fishing poles.

I’ve held revolvers and rifles, and put five bullets out of six in the kill zone of a charging brown bear, one dead center between the eyes, though others would tell you it was a cardboard target being pulled towards us.

The disparate parts that complete me one night lay against the cheek of a dark-eyed man as my thumb softly caressed his lips. He was the only one who could take away the breath of My Person, and it was up to me to communicate what she could not. I hope, oh how I hope, I committed myself well.

That last is my most cherished memory, the softer side of being a fist.
Posted by Gullible at 11:03 PM