Oh, boy.  Blogger has changed its posting layout.  At least they don't change as often as Facebook---or Costco. 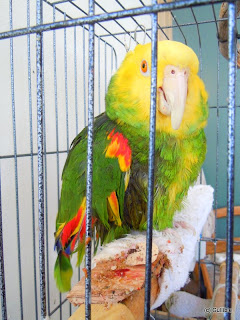 Pablo had a bad day.  Actually, Pablo had a bad night.  I think he fell out of bed again.  When I uncovered his cage this morning, it was apparent he'd fallen into his own droppings.  A big smear of green and white goo was on his foot and lower breast feathers.

A short time ago, Ann at Ann Linquist Writes, offered a writing prompt:  Are there things that don't translate well into words?   This was a perfect example.  A 40 year old parrot with a great sense of dignity sitting dejected on his perch, making half hearted gestures with his beak towards the mess on his body and foot.  Even someone who cannot read his body language as well as I can would know there was something wrong with him.

This time there was no fuss when I took him to the kitchen sink and turned on a fine warm spray to wash him.  He didn't like it, but he also didn't fight it.  The photo is after his bath, while he's still wet.  You wouldn't have wanted to see the "before" nor the look on his face.  He's a little huffy about having his photo taken.

He just wasn't himself the rest of the day.

That red stuff on the perch?  Not to worry.  It's the remains of a strawberry.  There's also a half a peanut shell.  He used it to clean his beak after the strawberry.


Went to Seward today to get the studded tires taken off the mini van.  Here's the price of gas: 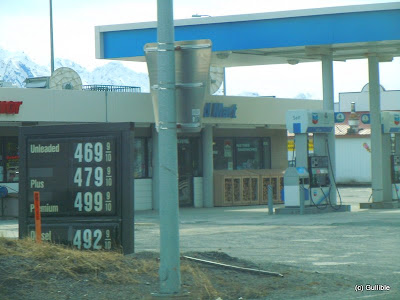 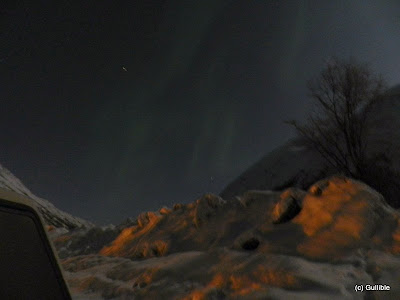 Would you believe it's been only six weeks since I took the above photo at Tern Lake one night when I was chasing the Aurora Borealis at 2 in the morning?  That mound of snow is much higher than my truck and extends around the edges of the pullout.  Notice the branches of the birch tree on the right. 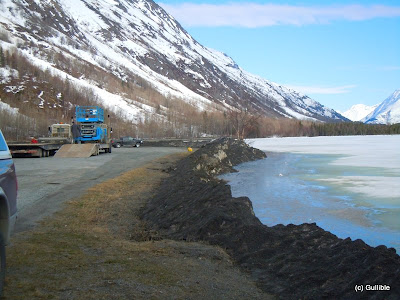 This is that same pull out today. See the birch tree?  See the yellow litter bag on the ground?  The birch is to the right of it.  The ridge of black is sand-covered snow, and there's open water in the lake.

Not much open water, but enough for Mr. and Mrs. Merganser to stop by. 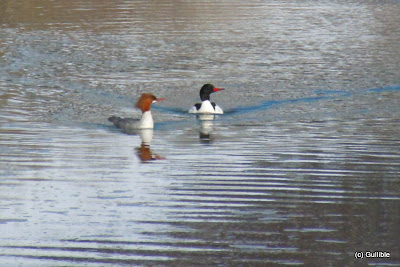 And hot on their tail feathers were the Mallards. 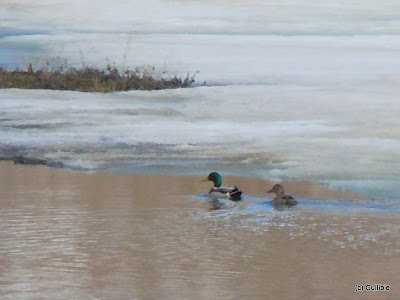 Gotta love this time of year.

Oh, and that eerie thing I mentioned yesterday?  It happened again.