My neighbor has spring fever: 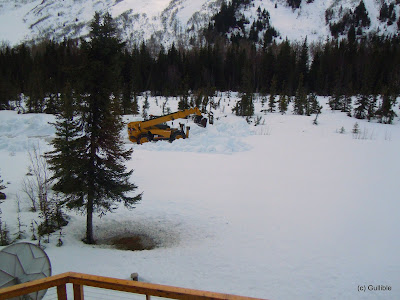 I think he wants to bring his airplane home.  He spent Sunday afternoon plowing the three feet of snow that's still on the airstrip. 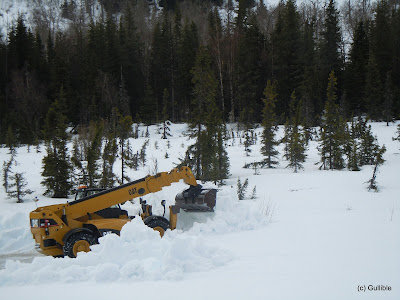 This is what it looked like after he was done. 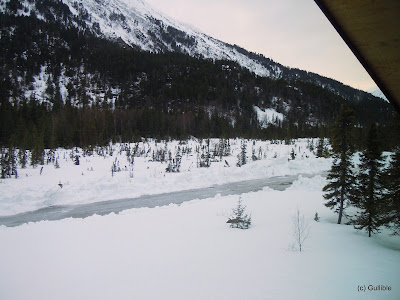 Looks like mostly ice, but the snow is gone. 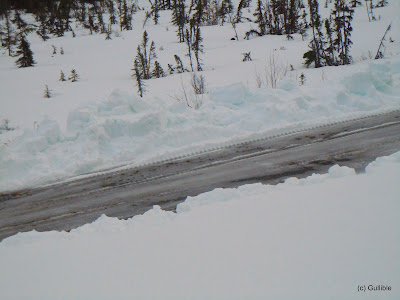 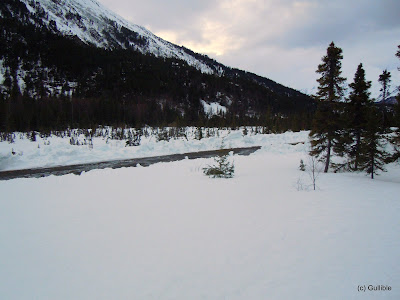 ***
This is what I've been doing for several days, instead of posting scintillating, acerbic, erudite blog content, and it's also why I was perfectly positioned to see what my neighbor was accomplishing: 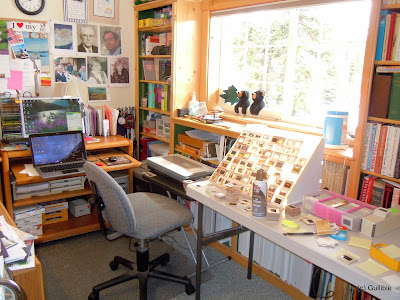 I've been in my loft, scanning, five-at-a-time, hundreds and hundreds of my mother's color slides.  I've sorted and set aside twice that many.  I've also scanned about a hundred photos. 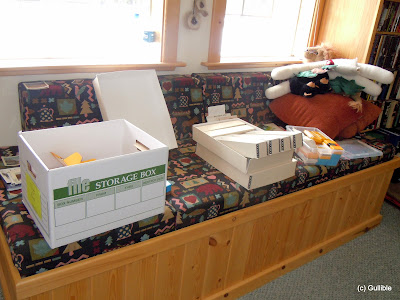 And there are more to go.  I'm trying to get these family history photos all together in one place.  Hopefully I'll be able to get them scanned and organized, with copies made for my relatives.  This isn't as daunting a task as it seems, because my family history goes back only to the early 1900s immigration of grandparents.  Plus, when one grows up in Alaska during the time I did, most extended relatives are strangers to me.

If you want me, you know where to find me.

In the meantime, here's one photo I scanned: 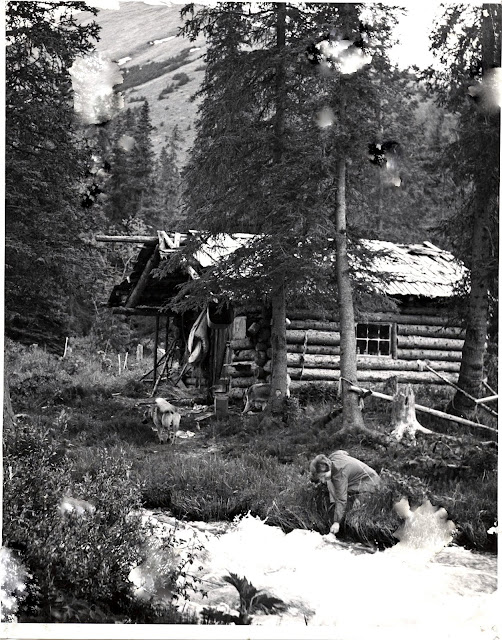 That would be me, dipping a cup of water from Fox Creek on the Resurrection Trail more than forty years ago.  Obviously, this was in the days before beaver fever.  This cabin is no longer there as it was burned down by the Forest Service.  Intentionally.  Unsafe, I guess.

This photo was taken by a good friend, professional photographer Nancy Simmerman, who invited me to accompany her on hikes as she researched trails for a new book called, "55 Ways to the Wilderness in Southcentral Alaska."   For many years, it was the bible for hikers, skiers, kayakers, and anyone wanting to know about the various trails and non-trails into Alaska's beauty.  It went through many editions.

(The photo suffered some damage in the past forty years, coming up against some Scotch tape somewhere along the line, with the resultant scars.   Don't blame Nancy for my pathetic attempts to "repair" those areas on the photo.
Posted by Gullible at 11:38 PM