Saturday evening I was picking up litter in the Silvertip area.  It was later in the day than I usually go out, and it didn't take the mosquitoes very long at all to find me.   There wasn't enough breeze to keep them at bay, so I thought about quitting after the first quarter-mile up and back.

I KNEW I didn't have any bug dope in the truck.  I KNEW I'd taken it out last fall after all the bugs had gone to ground for the winter.   Nonetheless, I searched the truck while simultaneously swatting and, sure enough, no repellant.

While annoying, mosquito bites from Alaskan mosquitoes only bother me for about an hour, unlike those bites from Mexican mosquitoes than itch for a week or more.  Apparently I've built up a resistance of sorts after 66 years up here.

I grabbed my litter stick and bags and set off on another quarter-mile stretch.   I was reminded of an incident a couple years ago (http://gullible-gulliblestravels.blogspot.com/search/label/mosquitoes) when I was plagued with hordes of bugs and did decide to quit.   Up ahead about 75 feet was a very obvious piece of white litter, so I went to get that before I returned to the truck.

Lo and behold, it was a bottle of insect repellant, broken and leaking, but still containing enough for me to bathe in it.  Then, I continued on litter picking with a swarm of  frustrated mosquitoes in my wake. 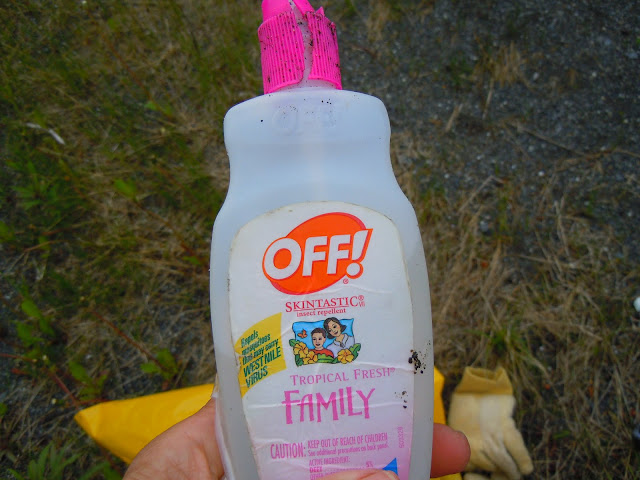 Last evening while I was thinking about that bit of serendipity, not 50 feet from my truck I reached for a white container to put in the litter sack.  I'm sure you've guessed by now what it was. 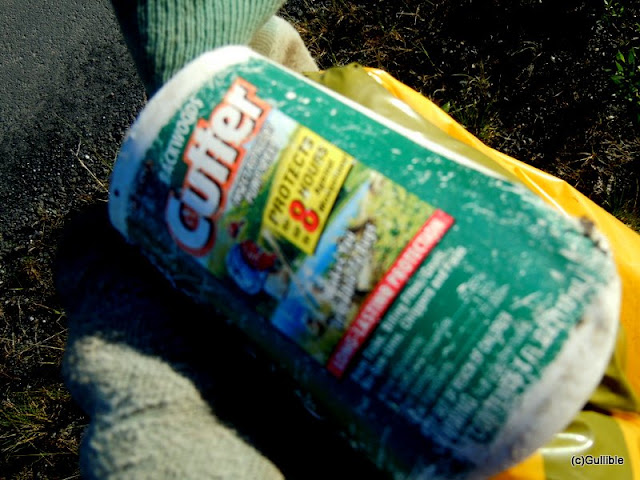 But, alas, serendipity did not strike twice. 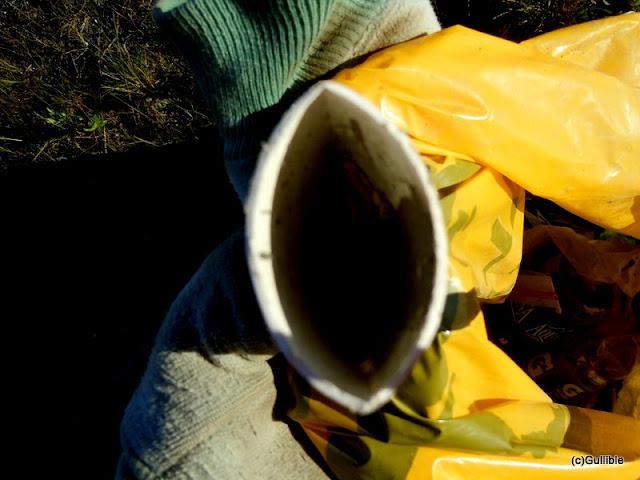 Thus, I acquired my first mosquito bite of the season.  Also the second through eleventh.   Just what is it about elbows that mosquitoes love so much, anyway?

Email ThisBlogThis!Share to TwitterShare to FacebookShare to Pinterest
Labels: mosquitoes